One of the country’s most prestigious girls’ schools has come under fire after holding a special ‘Austerity Day’ lunch.

St Paul’s Girls’ School in London served a meal which included baked potatoes plus sides of beans and coleslaw, with students eating fruit for their dessert.

The independent school, which costs new entrants to its senior school over £25,000 a year, said the money saved would be given to charity. 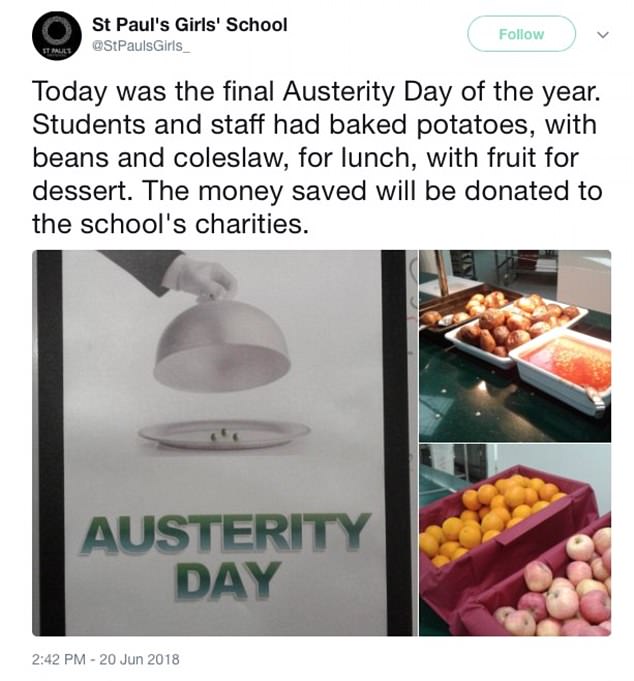 St Paul’s Girls’ School in London held a lunch which included baked potatoes with beans and coleslaw, with students eating fruit for their dessert 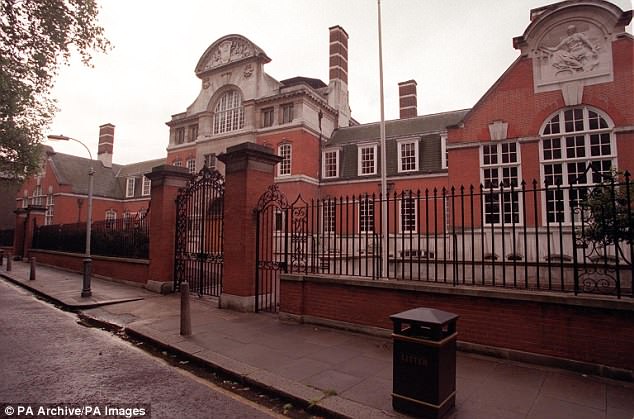 The independent school, which costs new entrants to its senior school over £25,000 a year, said the money saved would be given to charity

They wrote in a now-deleted tweet: ‘Today was the final Austerity Day of the year. Students and staff had baked potatoes, with beans and coleslaw, for lunch, with fruit for dessert. The money saved with be donated to the school’s charities.’

It prompted fury online, with one dubbing the post ‘tasteless beyond belief’. Another joked that the students would not understand uproar over school dinners in the UK.

Another Twitter user wrote: ‘A private school apparently holding an austerity day where students eat what is basically a standard state school dinner. 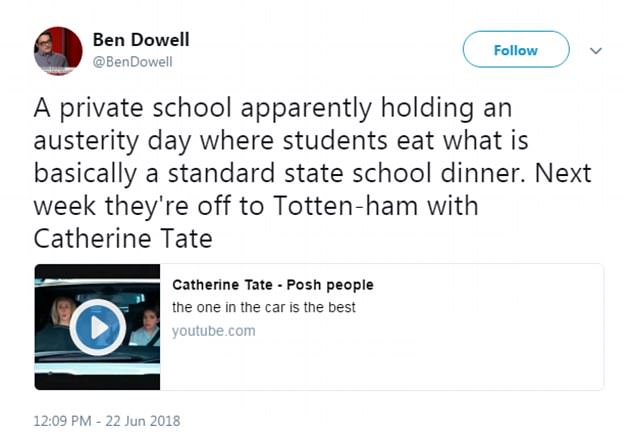 It prompted fury online, with one dubbing the post ‘tasteless beyond belief’

‘Next week they’re off to Totten-ham with Catherine Tate’.

A spokesperson for the school said: ‘For many years, along with many schools and places of worship in the country, St Paul’s has arranged regular lunches when simple food is served and the money saved given to local charities. 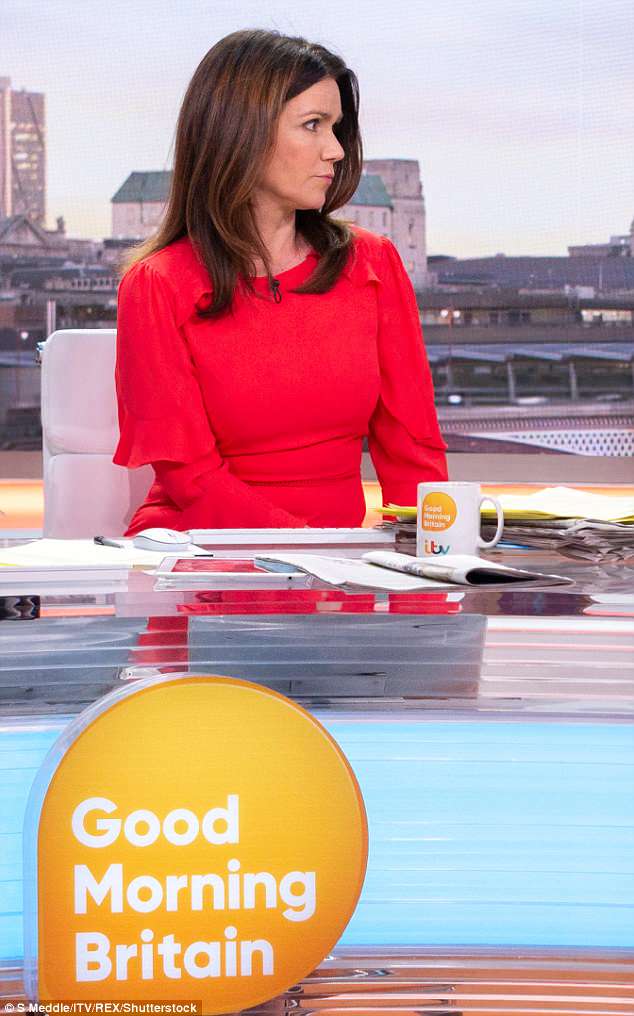 ‘The aim is also to raise the awareness of our students to those less fortunate than themselves. We take our commitment to the wider community very seriously.

‘The choice of the word “austerity” is to draw attention to the fact that others around them are facing significant economic difficulties.’

A sample of the school’s weekly menu includes meals such as: Spanish smokey samfaina (a Catalan-Valencian dish) with eggs and rocket, slow-baked Moroccan Lamb with broad beans, prunes and preserved lemon and Malaysian snapper curry with okra and tomato.

A food section on the website says: ‘Everyone knows teenage girls can be picky eaters, so we try to give them lots of choice.

‘We regard the enjoyment of good and healthy food as a priority and lunch at St Paul’s is a real highlight of the day.’

What’s on the menu at St Paul’s Girls’ School

The leading independent school clearly takes meal times seriously as it describes on its website eating is an ‘important part of children’s learning experience’.

Under the section of ‘school lunches’, the website states writes: ‘We believe we have a responsibility to assist with the education process through the provision of healthy, wholesome and enjoyable foods – which also meet the ethnic and where possible the dietary requirements of pupils.

‘Children who have a balanced meal at lunchtime can concentrate better and are more receptive during afternoon lessons. Also sitting down and eating a meal together helps children develop social and interpersonal skills.

‘We focus on continual improvement to ensure that they enjoy their lunch time meal as well as providing value for the price of the meal Active, growing children and young people require plenty of wholesome food and regular meals.

‘At Saint Paul’s, we believe that we can offer something that will satisfy everyone.

‘Your child is able to choose from the following:

‘Pasta – from pasta bows and twirls to spaghetti or rice, served with a variety of sauces