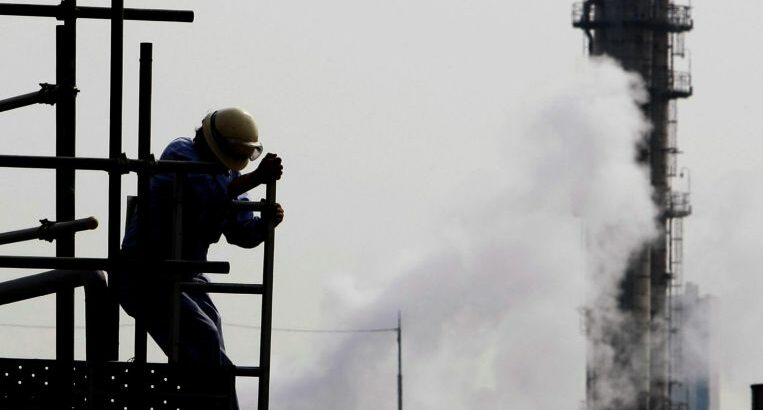 LONDON (REUTERS) – Global emissions of the potent greenhouse gas methane from oil and gas production dropped 10 per cent in 2020 mainly because of lower output as opposed to concerted climate action, a report by the International Energy Agency (IEA) found.

Methane has more than 80 times the warming potential of carbon dioxide in its first 20 years in the atmosphere and is liable to leak from oil and gas infrastructure, such as pipelines.

Other industries, including agriculture, are also big methane emitters.

Last year, oil and gas operations emitted over 70 million tonnes of methane, or around 10 per cent less than in 2019, the IEA, which helps governments set energy policy, said.

“A large part of the drop in methane emissions in 2020 occurred not because companies were taking more care to avoid methane leaks from their operations, but simply because they were producing less oil and gas,” the IEA said.

“There is clearly a risk that this downward trend will be reversed by an increase in production to fuel a rebound in global economic activity.”

An unprecedented deal in April between the Organization of Petroleum Exporting Countries, Russia and other nations cut oil production by around 10 million barrels per day, or 10 per cent of pre-coronavirus global demand.

US sanctions have crippled Venezuelan production and Libya’s oil industry has suffered from prolonged domestic strife. US producers were hit by oil prices slumping in 2020 as the Covid-19 pandemic sapped demand and a volume war broke out between Russia and Saudi Arabia.

Publicly listed energy majors and some national oil companies are members of the Oil and Gas Climate Initiative that has set methane reduction targets.

“We estimate that around 10 per cent of leaks in 2020 could be avoided at no net cost,” the IEA said.

In absolute terms, Russia and the United States were the biggest emitters of methane, the IEA figures showed.