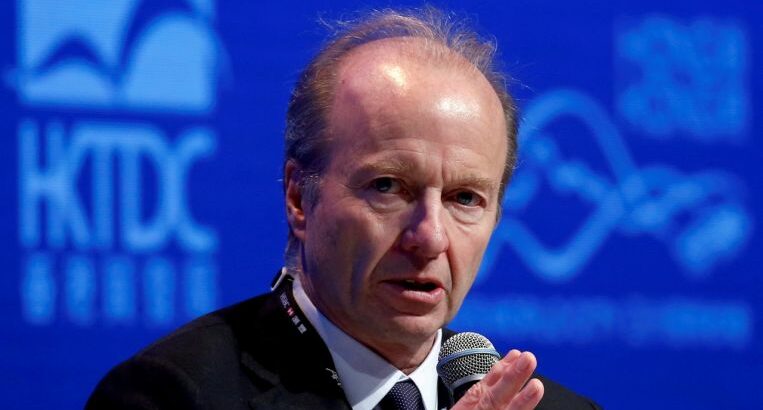 LONDON (REUTERS) – “Greenwashing” by companies eager to massage their environmental credentials and increase their appeal to ethical investors came under scrutiny on Wednesday (Nov 3) with the launch of a standards body that aims to weed out unjustified climate claims.

The International Sustainability Standards Board (ISSB) seeks to build on and replace a patchwork of voluntary disclosure practices that have had mixed success, with “baseline” global standards that companies could use to tell investors about the impact of climate change on their business.

The aim is to bear down on companies giving a flattering picture of their climate policies and business practices, designed to meet concerns of investors in what has become a multitrillion-dollar global market for environment, social and governance (ESG) targeted funds.

“We are really focused on greenwashing,” said Ashley Alder, chair of IOSCO, the global umbrella body for securities regulators, which helped set up the ISSB. “It’s super important, and if you don’t have basic information on a globally comparable basis, then you increase the risks of greenwashing enormously.”

“They (the new standards) are a baseline but they are not basic,” said Alder, who also heads Hong Kong’s securities watchdog, adding that the new board is a ‘pathway’ to mandatory reporting of climate risks.

The ISSB, unveiled at the UN’s COP26 global climate summit in Glasgow and whose board and chair will be based in Frankfurt, will publish its first batch of global norms for climate-related company disclosures next year.

“The current debate about greenwashing is a symptom and it will not go away until we have a clear, enforceable global set of standards,” Gerald Podobnik, finance chief of Deutsche Bank’s corporate division, told an event at the Glasgow summit.

The new body’s parent, the IFRS Foundation, published prototype climate disclosure standards for the ISSB to discuss and put out to public consultation ahead of adoption in the second half of 2022. It will be up to each country to decide if it will apply and enforce the ISSB standards, but Klaas Knot, president of the Dutch central bank, told the climate summit that a voluntary approach to disclosures was reaching its limit.

“This is a major step forward for reporting around sustainability and towards the development of a truly international corporate reporting system,” said Michael Izza, chief executive of the ICAEW, a professional accounting body in Britain.

Alder said IOSCO was considering a possible assurance framework to ensure rigorous checks on whether the ISSB standards are properly applied by companies, as is already the case for financial reporting where outside auditors check accounting rules are followed.

“We do see that assurance is one of the legs of the stool that is necessary to ensure there is maximum confidence around reporting under these standards,” Alder said.

IOSCO could also formally endorse the new standards, meaning its members, who account for 95 per cent of the world’s securities markets, would then be obliged to implement and enforce them.

The success of ISSB will hinge on backing from major countries, but the European Union has already moved ahead with its own disclosures, which are more ambitious as they require companies to also explain how their operations affect climate change.

“To be effective, the standards will need to be brought into regulation around the world, together with associated enforcement, monitoring, governance and controls, assurance, and training,” said Veronica Poole, global IFRS leader at accountants Deloitte.