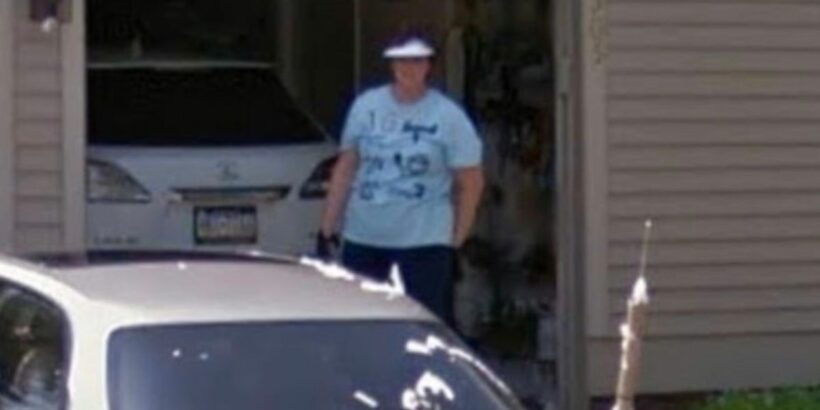 A woman came outside to see the Google Maps Street View car capturing her house after it had been covered in toilet paper.

The incident in the unknown location sparked other Reddit users to share their own experiences of the Google car.

The latest incident caught by the famous car shows a woman wearing a visor standing in her garage door with toilet paper strewn over her lawn.

One internet user wrote: "About 9 years ago I was pulling up to the end of my street with my two young kids. I looked to the right and saw the Google Camera car and we backed down to our house jumped out and waited for it to scan us.

"We are now immortalized on Google Maps when you put in my former address."

Another added: "In 2014 I got stuck in slow moving traffic right behind the Google car for a few miles.

"For a few years I kept using Street View to show clients properties to look at and then changing the viewing angle to show me in my white pickup truck.

"They've redone that street several times since then (it's nyc – New York City) so I'm only visible on the desktop version and going back a few versions."

Another Reddit user joked that the woman switched her search engine to Bing the following day.

One more questioned whether the fiends responsible for the toilet paper would have found it funny.

Another wrote: "It looks like she's smiling, as close as I can tell with that jpeg.

"It'll probably be a funny thing for years. Silver lining on getting a tp'd house and all that."

Nothing gets by eagle-eyed Google Maps users. One claimed to have discovered a "dictator's palace" at an ex-Soviet base hidden in the mountains.

The mystery complex was spotted on Google Maps in western Turkmenistan with a Reddit user believing it could belong to the country's president Gurbangluy Berdimuhamedow.