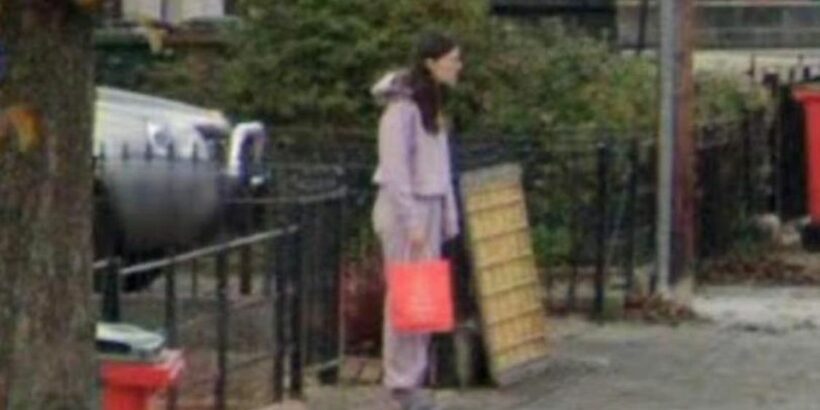 A woman says she's been "done dirty" by Google Maps' Street View function after an embarrassing outdoor snap made her "famous".

Amanda Byrne was seen rocking a pink tracksuit and fluffy pyjamas outside of her North Dublin home.

The Dublin resident was minding her own business, rocking the matching tracksuit with her takeaway in her hand, only for the passing Google Maps Street View car to take a photo of her without her knowing, Dublin Live reports.

Some time later Amanda's brother found the picture on Google's Street View map, which allows anyone in the world to view any street across the globe, including those standing on it.

Byrne was surprised to say the least, speaking to DublinLive, she said: "My brother sent me the screenshots and was like 'you're famous'.

"When I saw them first I didn't realise they were from Google Maps. I thought I had a stalker outside my house taking photos of me."

Thankfully, Byrne saw the funny side of the Google Maps snap shot, saying: "Google Maps did me dirty. It genuinely looks like I'm off trick or treating."

A friend of Amanda's said she had taken the joke well and was a great representation of "all the girls" taking a lazy day.

The pal said: "This could only happen to her. It's hilarious and she's representing all the girls out there. She's in her comfy clothes, getting some takeaway and having a bit of a lazy day.

"She's real and she's showing all the girls on Google Maps that it's okay to give yourself a bit of TLC. Truly inspiring."

Google Maps has snapped a number of other oddities in its time.

Most recently the Daily Star reported findings of serial killer Israel Keyes and a mysterious, unopened container on a "random island" off of the coast of Russia.