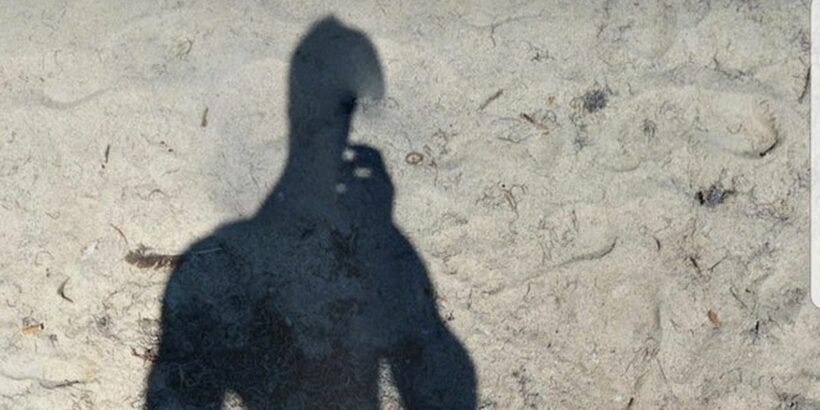 A Google Map user has come across a rather grisly and disturbing image of just a pair of legs without a body.

The bizarre image, shared on Reddit, was from Google Maps and shows only a pair of feet and partial legs with all other parts of the body missing.

A long shadow, believed to belong to the photographer, can also be seen in the picture with their outline holding a camera or phone.

The image was shared on Reddit with the headline" What happened here!?" as one person instantly replies with "I don't know but this man is Hot".

Suggestions behind the reason for the strange photo included "interdimensional forces and a "shadow demon" who eats innocent beachgoers.

Another person thought that the reason could be "spontaneous combustion" while another put forward the idea that a "soul had transcended."

While the photo creates a rather unflattering and ghoulish image there is actually a possible explanation behind the freakish anomaly.

The answer could lie with a Google function called 'Photo Spheres' which allows users to upload photos with 360-degree perspectives taken.

Photo spheres are commonly taken at some of the worlds most famous iconic locations such as at the Eiffel Tower and up the Empire State Building and then posted onto Google Maps so other people can experience being there.

Of course, the technique to achieve this is quite difficult and if you don't get it right then bizarre photos with distorted heads and missing limbs are often the result.

Any feet that are accidentally included are the fault of the photographer who has not taken enough care when getting the required 360-degree shots.

Recently Google Maps Street View captured what appears to be a boy "steamrolled" in a street.

The alarming shot seemed to show a boy's legs stretched out and flat in the middle of a road, sparking fears online the youngster had been seriously injured.

Likely the way the Street View car captured the scene as it drove along the road has distorted the image after the boy stood too close to the camera.