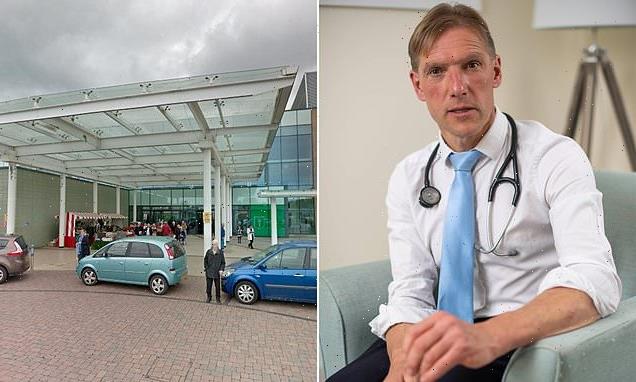 GP, 55, who asked Muslim woman to remove her veil in appointment and criticised patients because they could not speak English is found guilty of misconduct and could be struck off

A doctor could be struck off after being found guilty of misconduct for asking a Muslim woman to remove her veil and criticising patients for their English language skills.

Dr Keith Wolverson was sharply rebuked by a medical tribunal for his behaviour, which took place during an appointment at Royal Stoke University Hospital in 2018.

The GP claimed he asked the woman, known as Mrs Q, to lift her veil so he could see her lips to better understand what she was saying, despite her saying she didn’t want to.

This was followed by an email sent to colleagues in which Dr Wolverson, who also runs a medical clinic in Melbourne, Derbyshire, criticised the patient’s ability to speak English.

A Medical Practicioner’s Tribunal Service (MTPS) panel said that while there were situations where it would be appropriate to ask a patient to remove their veil, this was not one of them.

The panel also said that Dr Wolverson had made ‘inappropriate’ notes on how well his patients could speak English, and that her command of the language was good.

It ruled he was guilty of serious misconduct, and will decide later this year what his punishment will be, with options including a suspension or striking him off the medical register available. 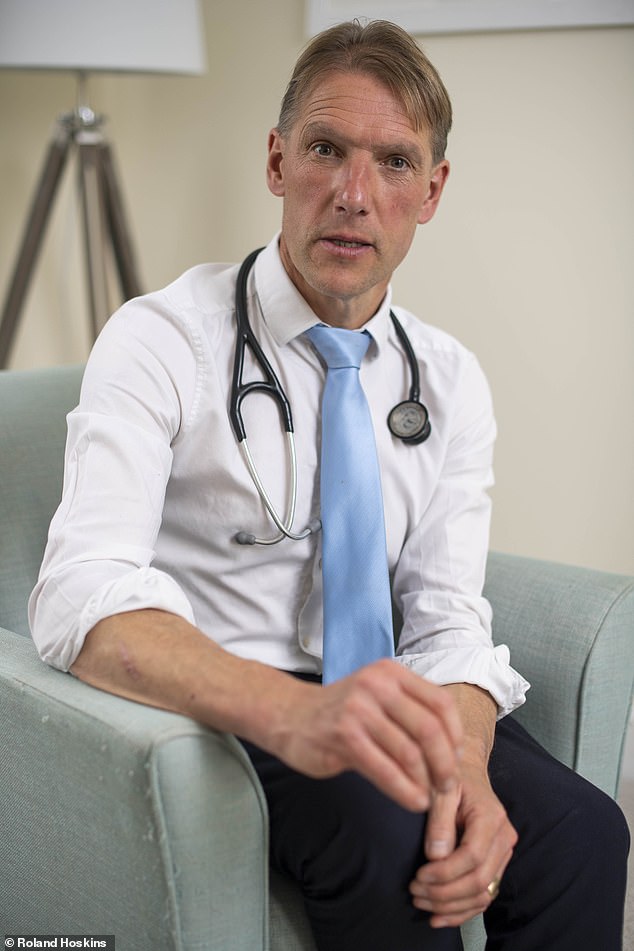 When contacted by Derbyshire Live in response to the outcome of the latest hearing, Dr Wolverson vowed to carry on treating his patients, despite claiming to the Mail on Sunday in 2019 he was going to quit medicine.

Dr Wolverson, who has worked as a GP for more than 25 years and had a previously unblemished record, had faced 28 allegations of misconduct – including 16 relating to the appointment with Mrs Q.

A total of 17 were found proven, including 13 relating to the incident involving the veil, which took place on May 13, 2018.

During a consultation with Mrs Q, Dr Wolverson asked her to remove her veil as he claimed he could not understand her and hoped that seeing her mouth movements would help. 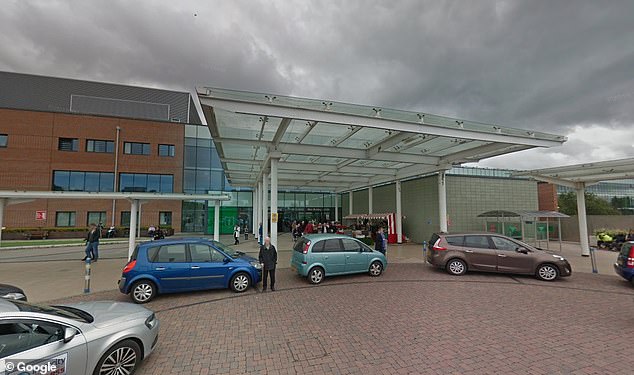 He repeated the request despite her saying she did not want to remove the veil for religious reasons, the panel found.

In an email on May 25, 2018, in response to a complaint from the patient, Dr Wolverson said she ‘spoke poor English’ and that he was ‘struggling to understand her’ and was ‘trying to look at her mouth movements to aid communication’.

It was also found that Dr Wolverson refused to speak to Mrs Q’s husband despite his attempts to communicate with the doctor, which Dr Wolverson later claimed was because he ‘found his manner aggressive and intimidating’.

But the MPTS ruled in early March that Dr Wolverson had changed his evidence during proceedings, as he tried to suggest that he had instead asked for the veil to removed because of Mrs Q’s strong Stoke-on-Trent accent.

The tribunal said that when Mrs Q came to give evidence, they had no issue understanding her.

The General Medical Council, which brought the case against Dr Wolverson to the MPTS, does not have any specific guidelines on how to examine women wearing full-face veils.

Duncan Toole, chair of the hearing, said that while ‘ there would of course be circumstances where this was entirely appropriate’, it was deemed that Dr Wolverson ‘had made no attempt to make any form of assessment about whether removing the face veil was necessary and whether it served any purpose’.

In the ruling Mr Toole said: ‘The tribunal could find little evidence that Dr Wolverson had reflected on the impact the words he had used in the email may have had on Mrs Q. 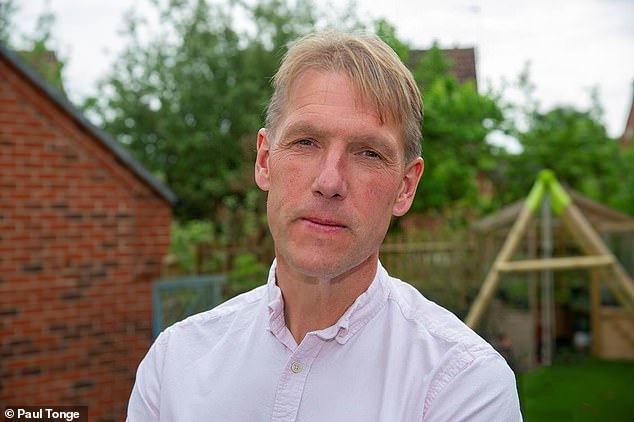 ‘For example, there was no recognition or reflection on how upsetting and offensive it might have been for Mrs Q to be described as speaking “poor English”, when this was not the case.

‘This was particularly so, when Dr Wolverson was in a position of trust and his description was in response to a complaint she had made.

‘This lack of reflection was of concern and demonstrated that Dr Wolverson had very little insight into his conduct.’

Some of the allegations related to his work at Derby Urgent Care Centre while others were from when he worked in the Royal Stoke, both as a locum, or temporary doctor. Dr Wolverson qualified as a medical professional in 1996.

In a hearing from February 24 to March 4, 2022, Dr Wolverson was found to have criticised the English abilities of 15 patients in their medical notes from January to April 2018.

In some of the notes, he said it was ‘not acceptable’ that one patient brought a family member to a consultation who did not speak English, and said it was ‘frankly, not good enough’ when speaking about the mother of another patient’s language ability. 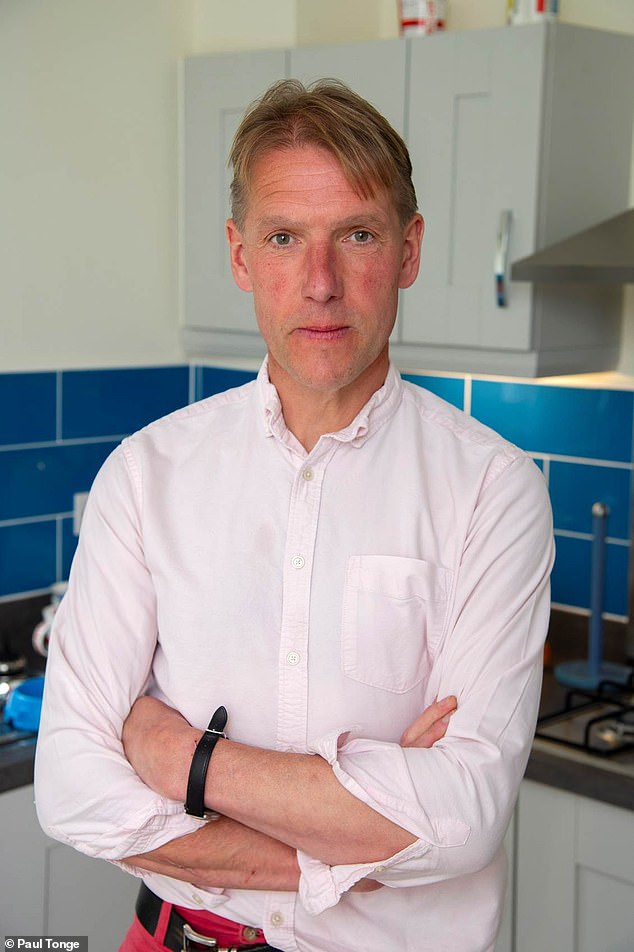 Dr Wolverson will discover his sanction at a hearing scheduled to last from October 12 to October 14.

He declined the opportunity to give his side of the story and said that he would continue to treat patients.

Speaking to the Mail on Sunday in 2019, Dr Wolverson said he was thinking about quitting medicine over the investigation into his conduct during the appointment.

He claimed he has ‘politely’ asked the woman to take off the garment for patient safety reasons during a consultation last year because he was unable to hear her explain her sick daughter’s symptoms.

He said he was ‘deeply upset’ when he was told about the investigation and was disillusioned with medicine.

He said: ‘I feel a major injustice has taken place. This is why you are waiting so long to see your GP and doctors are leaving in droves. This country will have no doctors left if we continue to treat them in this manner. I’m deeply upset.

‘A doctor’s quest to perform the very finest consultation for the safety of the patient has been misinterpreted in a duplicitous manner to suggest there has been an act of racism committed. I absolutely no longer want to be a doctor.’