Sen. Lindsey Graham, R-S.C., is confident that Republicans will be able to push through with the confirmation of a nominee to replace Justice Ruth Bader Ginsburg before the fast-approaching November elections.

Graham has been met with widespread criticism for his a flip-flopping on the issue, particularly when it was called into light that in 2016 he specifically said that a SCOTUS nominee should not be installed during the last year of a president’s term, and called on the public to use his own words against him. Now, when it comes down to it, Graham has now been branded as a “two-faced coward” and a”hypocrite.” 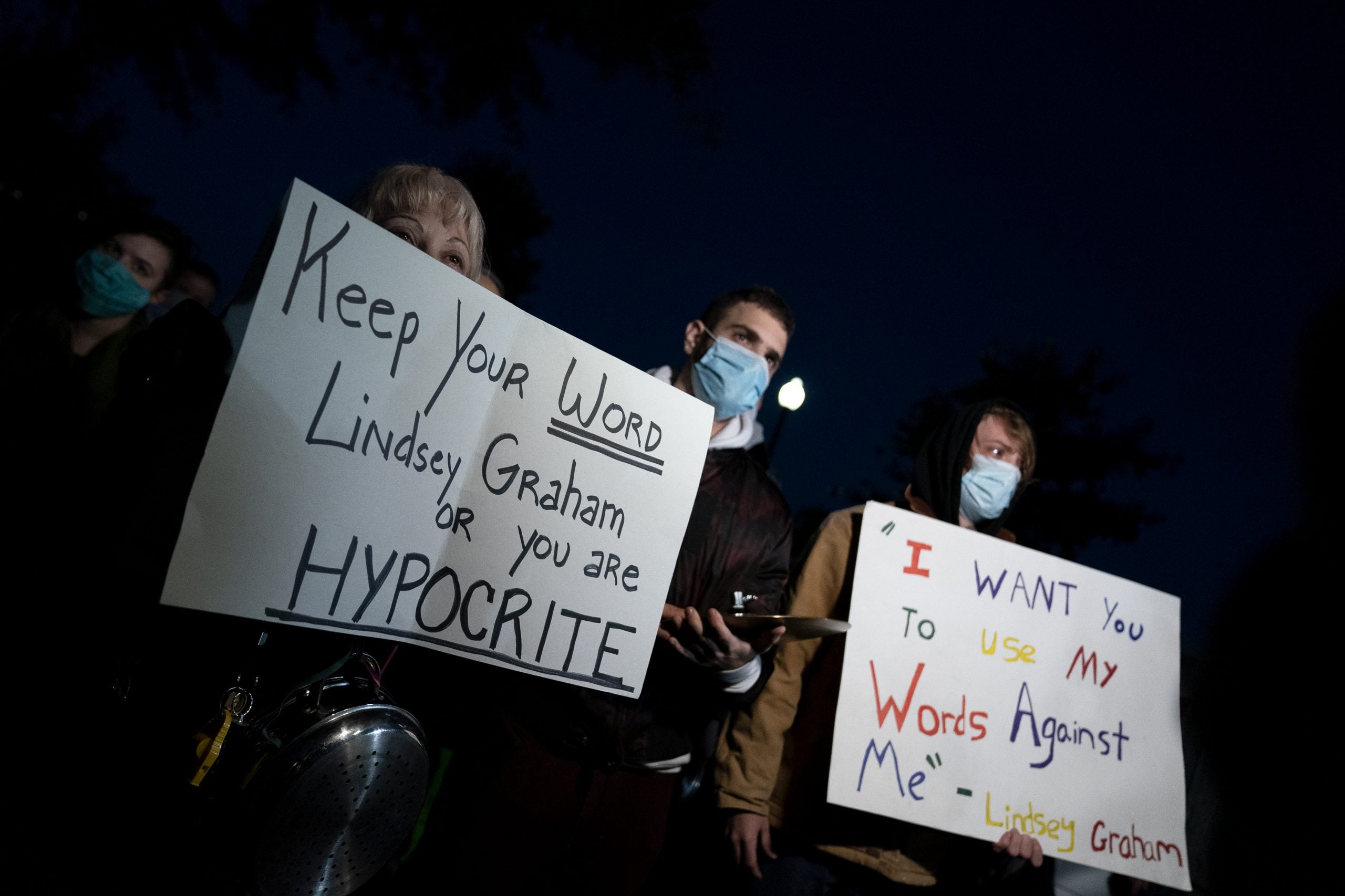 It seems, however, as if the senator’s words might hold some truth this time. Republicans currently have a narrow majority in the Senate and so far, two key GOP senators, Lisa Murkowski (R-Alaska) and Susan Collins (R-Maine), have bluntly stated that they oppose taking up the nomination ahead of the election.

At least two other Republicans would have had to break from the party to prevent the vote (given that any tie would result in Vice President Mike Pence casting the deciding vote), but this morning Sen. Mitt Romney (R-Utah) announced that he would support moving forward to fill the open seat, making it all but certain that Trump would have enough votes to have his nomination pushed through.

“The Constitution gives the president the power to nominate and the Senate the authority to provide advice and consent on Supreme Court nominees,” Romney said in a statement on Tuesday morning according to the New York Times. “Accordingly, I intend to follow the Constitution and precedent in considering the president’s nominee. If the nominee reaches the Senate floor, I intend to vote based upon their qualifications.”

In the meantime, Graham, who is struggling in the polls against Democrat Jaime Harrison, who has also outraised the incumbent, used the rest of his time on Hannity’s show to ask for donations.