Hex Mex: Gran ensures her beloved Mexico defeat Germany in their World Cup match by blessing every player through her TV (and her grand-daughter says she’s 100% it helped)

A grandmother who blessed every Mexican player as they appeared on screen before a World Cup clash with Germany has been credited with her side’s surprise victory.

Mexico defeated the reigning world champions 1-0 on Sunday in the first shock result of this year’s tournament.

Her granddaughter, from El Paso, Texas, posted adorable footage of the woman blessing every player as the camera panned across the team during the national anthem.

The younger woman said she was ‘100 per cent convinced’ her grandmother’s efforts were the reason Mexico won. 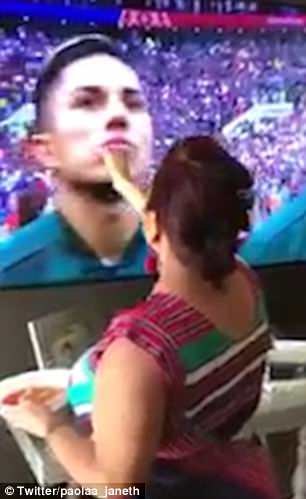 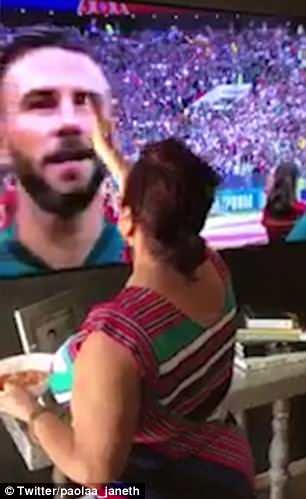 One Mexican fan wrote: ‘She gotta do this every game till we win the cup.’

PSV forward Hirving Lozano grabbed the winning goal as Germany were beaten in the opening game of a World Cup campaign for the first time since 1982.

The celebrations in the victorious country were so wild that football fans caused a literal earthquake in Mexico City.

The timing of the artificial earthquake lined up perfectly with the goal, according to SIMMSA, the body which monitors seismic activity in the country.

At least two sensors detected the quake at 11.32 local time.

Sismologia Chile, which records quakes from the South American country, said it had also detected an earthquake as the same time as Lozano’s goal. 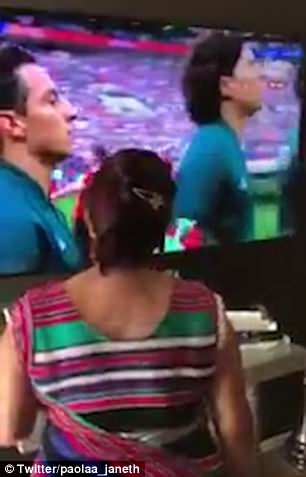 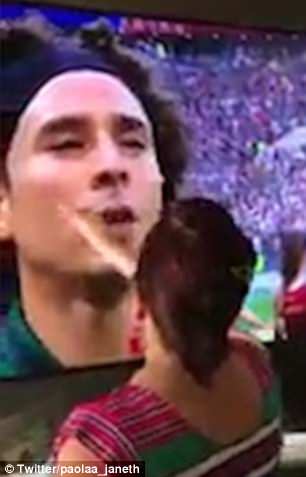 The younger woman said she was ‘100 per cent convinced’ her grandmother’s efforts were the reason Mexico won, in the first shock result of this year’s World Cup