A room with TWO views! Granddad, 58, buys a 10ft picture identical to what he sees out of his window

Every morning when he opens the curtains, Stuart Slicer is treated to a glorious view of the Forth Bridge.

So it came as something of a surprise to his wife and family when he came home from a charity auction with a 10ft by 4ft photograph depicting the exact same view of the world-renowned engineering masterpiece.

Mr Slicer, 58, who drove across the railway bridge thousands of times in his former job as a train driver, left his family in hysterics after unveiling the purchase – with one member saying that ‘seemingly he forgot he could just open the blinds’.

Much to his wife Helen’s dismay, Mr Slicer, who lives in South Queensferry, just outside of Edinburgh, won the huge picture at a charity auction during the local Ferry Fair Festival last Friday. 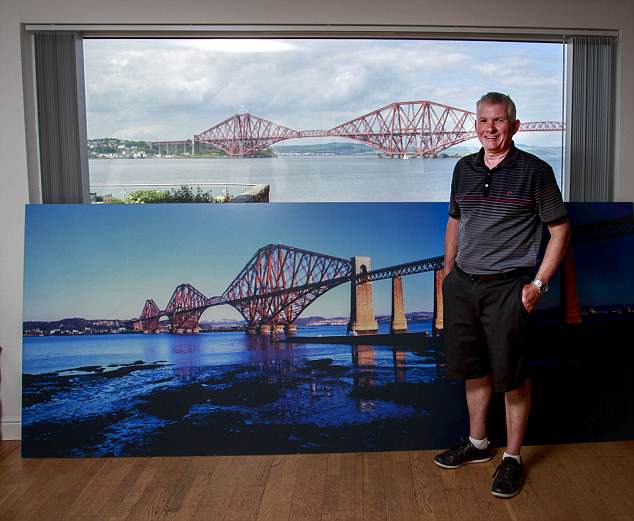 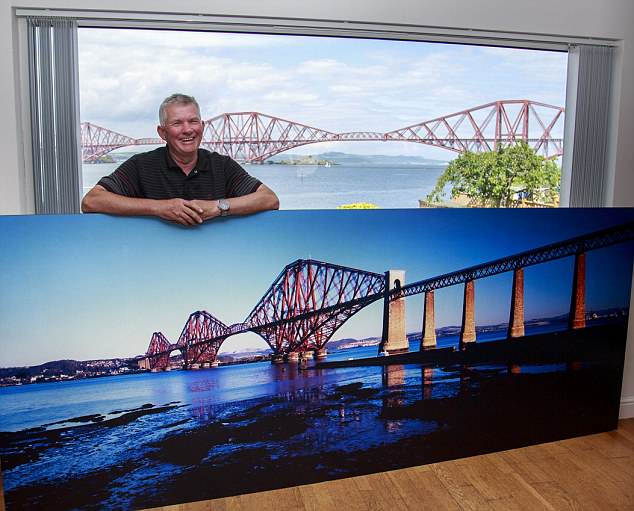 Mr Slicer, a former train driver who has crossed the bridge thousands of times, purchased the photograph from a charity auction, even after being warned not to return with any ‘rubbish’

He refused to say how much he paid for it, but admitted it was a ‘three-figure sum’.

He said: ‘When I told my wife about it, she said, “That’s not going up on that wall”.

‘I phoned my son and said, “Come down here, I want to show you something, you need to come down, you’ll appreciate it”.

‘He said to me that [it] can’t go up there, and my daughter told me the place looks like a pub with it up.’

Mrs Slicer, 56, said: ‘He was warned not to come back with any rubbish. He’s already got the view in his sitting room, why does he need a [photo]? It’s here just now, but it won’t be here very long. 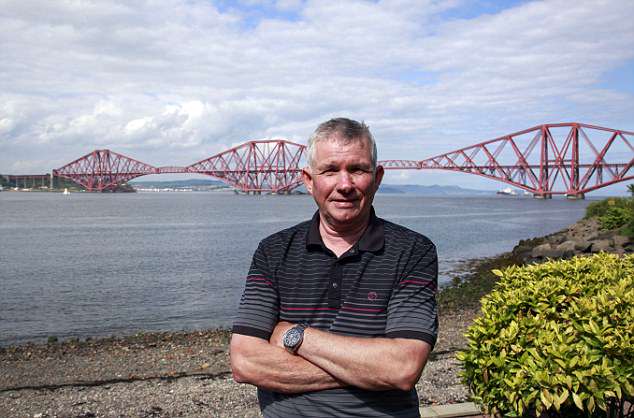 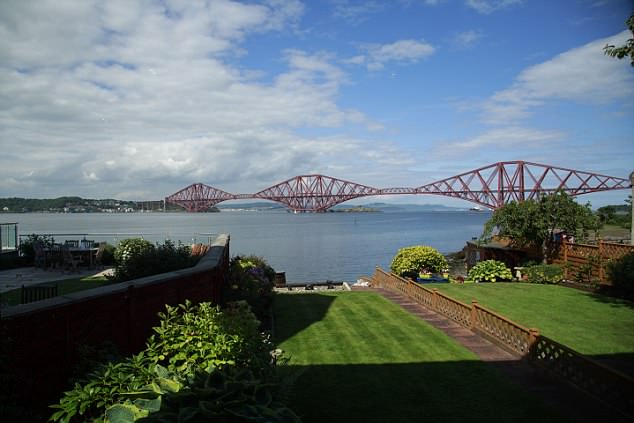 The 1.5-mile Forth Bridge, which spans the Firth of Forth, was awarded Unesco World Heritage status in 2015. Pictured: What Mr Sliver can see from his home

‘My daughter’s getting married next year so it could be used as a good backdrop for that.’

As a former train driver for ScotRail, Mr Slicer used to travel across the Forth Bridge three to four times per day. ‘The bridge is something spectacular,’ he added.

The 1.5-mile Forth Bridge, which spans the Firth of Forth, was awarded Unesco World Heritage status in 2015.

The cantilever bridge was designed by English engineers Sir John Fowler and Sir Benjamin Baker and opened in March 1890.