When a four-year-old girl got nervous before her cheer competition, her grandfather knew just how to calm her nerves.

He would dance with her.

McKinly Lester has only been cheerleading for a year and didn’t feel ready to go solo for her competition at Gap Creek Elementary School in Clairborne County this week.

So she went up to her mother Chelsea Lester and said, ‘Mommy, I want Papaw to dance with me!’ 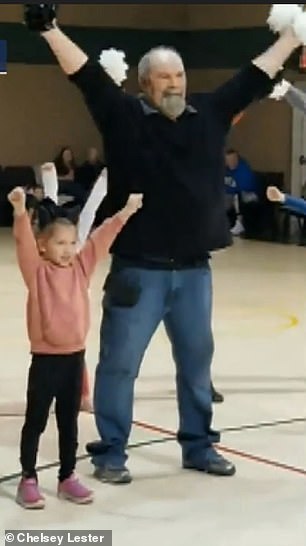 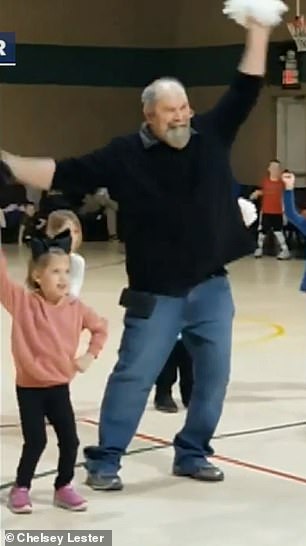 When four-year-old girl McKinly Lester felt nervous for her cheerleading competition, her grandfather Jeff Harville stepped in to help

And Jeff Harville was happy to help his beloved granddaughter as they tackled a routine to a remix of the famous Chicken Dance.

Video of the adorable pair shows Harville enthusiastically clapping and shaking his hips next to McKinly.

Harville then gamely picks up a pair of pom poms and tries to copy the moves of the girls and mothers around him.

He waves his arms, kicks his feet, and poses with McKinly like a pro. 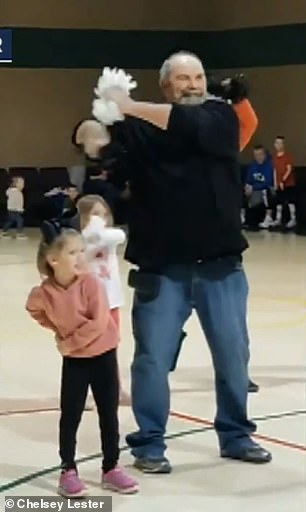 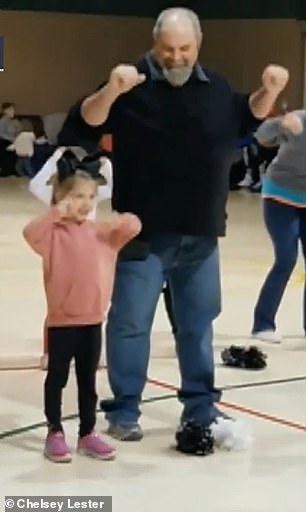 McKinly went up to her mother Chelsea Lester and said, ‘Mommy, I want Papaw to dance with me!’ and he was happy to help as they tackled a routine done to a remix of the Chicken Dance

Even when Harville looks a little lost during the routine, he keeps going to give his granddaughter the support she needs.

McKinly aces every move as Harville dances alongside her, even attempting a tricky toe touch with her for good measure.

And Harville manages to keep up as the music and moves speed up towards the end, clearly getting the hang of the dance and nearly in sync with his granddaughter. 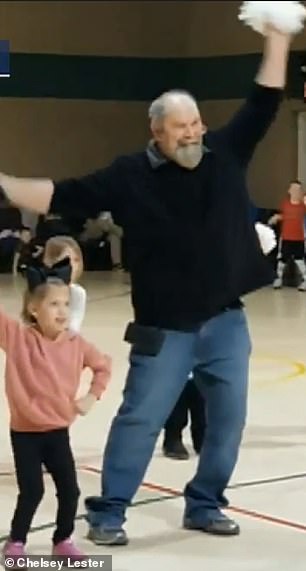 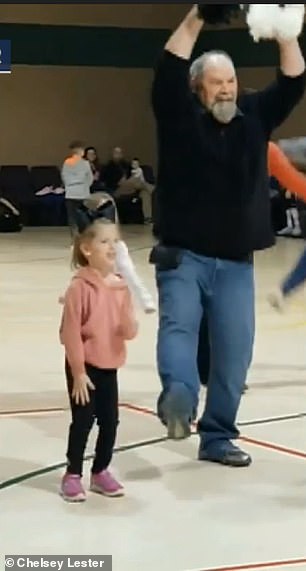 Lester proudly posted the video to Facebook and said she was ‘very proud’ of him.

‘Now can anyone please tell me, my dad would have never danced like this… what grandkids make you do,’ she wrote in the caption.

Lester told WBIR that the moment is something McKinly will cherish forever.

‘Her pawpaw means a lot to her,’ she said. ‘She is a pawpaw’s girl! This is something she will never forget as a child. Her pawpaw dancing with her.’ 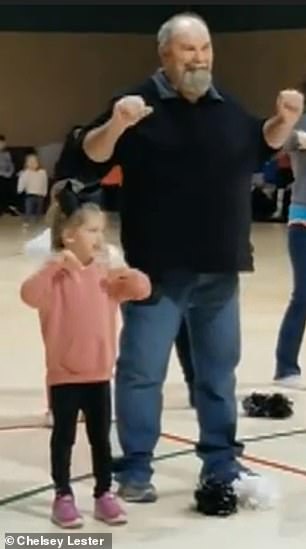 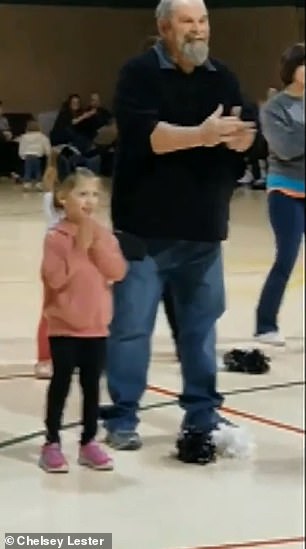 Even when Harville looks a little lost during the routine, he keeps going to give his granddaughter the support she needs