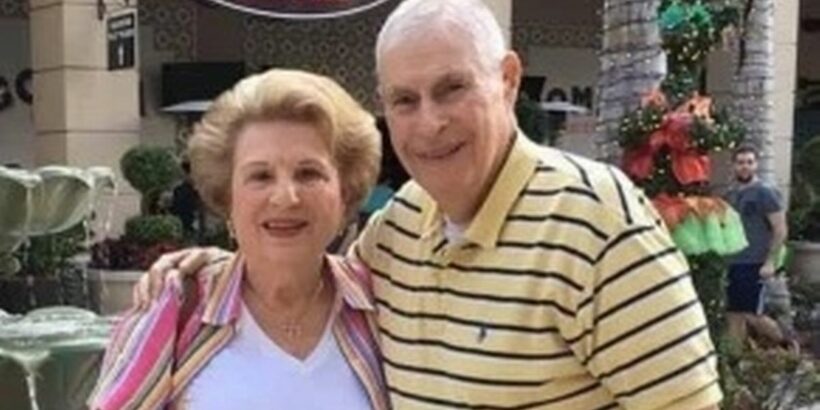 A grandson of a couple still missing amid the Miami building collapse received mystery calls from their landline hours after.

Jake Samuelson said he received at least 16 calls from the number of his missing grandparents, with the first beginning the night of the disaster.

He says the eerie calls are from the landline inside their sunken condo, but when he answers each time he hears nothing but static.

The first call, which came hours after the early-morning disaster, left the family shocked.

Jake told WBLG: We were all sitting there in the living room, my whole family, Diane, my mother, and we were just shocked."

“We kind of thought nothing of it because we answered, and it was static.”

His grandparents, both aged in their 80s, lived in apartment 302 in the Champlain Towers South.

He said their landline phone usually sits next to their bed.

On Friday, Samuelson said his family had 15 more unexplained calls from the number.

The family is now waiting to hear back from detectives on the case regarding the bizarre and eerie calls.

His grandfather, Arnie, 87, is a beloved physical education teacher, and grandmother Myriam, 81, is a banker and real estate agent.

As of Sunday night, the death toll from the disaster has climbed to nine, with 150 still missing.

Rescue teams have been picking through the rubble for four days without detecting further signs of life.

It's not yet known what caused nearly half of the 12-story, 156-unit building to collapse while residents slept in the early hours of Thursday.

A 2018's engineer's inspection report has revealed that a major structural deterioration in the parking garage, beneath the 40-year-old tower, was found.

Officials in Surfside, the town near Miami where the building was located near the beach, remained hopeful that rescuers may find more survivors in air pockets under the debris.

But Fire Chief alan Cominsky said on Sunday that crews had yet to find such air pockets amongst the rubble or signs of anyone alive since the tragedy after faint sounds were detected early on.

"It's an extremely difficult situation," Cominsky said. "Our rescue teams are nonstop, doing all that we can, searching every area, every bit of hope, to see if we can find a live victim."

Given the number of people still unaccounted for, the disaster may end up being one of the deadliest non-deliberate structural failures in US history.