Revealed: At least a dozen ‘grassroots’ groups that spent up to £1million on targeted Facebook campaigns for a No Deal Brexit ‘are secretly run by staff of Sir Lynton Crosby’s firm’ 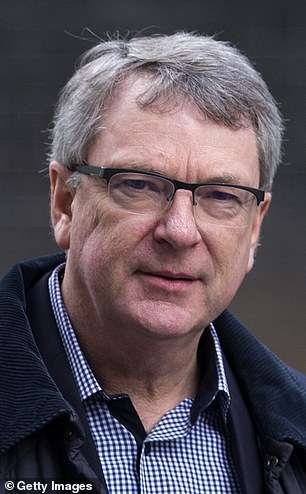 Lobbyists linked to political strategist Lynton Crosby (pictured) have been working for pro-Brexit Facebook groups, it has emerged

At least a dozen ‘grassroots’ groups that spent up to £1million on targeted Facebook campaigns for a No Deal Brexit are linked to Sir Lynton Crosby’s lobbying company, it has been claimed.

Groups such as Britain’s Future and We Are The 52 Per Cent have paid for online adverts encouraging voters to write to their MPs and urge them to back a hard Brexit.

The groups appear independent of each other but reportedly share page administrators who work for the Australian political strategist’s firm, CTF Partners.

They have spent up to £1million lobbying for No Deal, according to documents seen by the Guardian.

Their total spend on Facebook adverts in the last six months is higher than that of the UK’s major political parties and the Government combined, it is reported.

The adverts, urging the public to write to named MPs, are aimed to give the impression of a grassroots swell of support for No Deal.

Documents seen by the newspaper are said to show that at least three of the groups’ administrators are linked to Mr Crosby’s company.

One of the groups, Mainstream Network, was critical of Mrs May’s Chequers deal in its ads, encouraging users to ‘tell your local MP to bin Chequers.’ 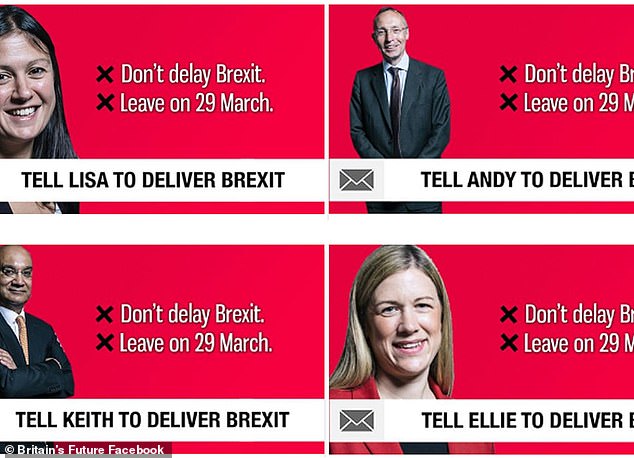 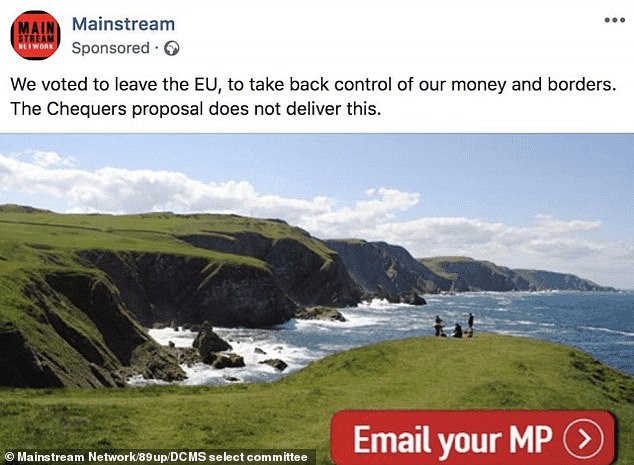 The site closed, but other similar groups have popped up such as Britain’s Future, which has lobbied similarly for a No Deal Brexit in recent weeks.

In a post yesterday Britain’s Future appealed for a hard Brexit, saying: ‘Leaving the EU without a deal is not the daunting prospect that is often portrayed.

‘We must approach such a possibility with rationality and seize the opportunities available to us.’

A post by We Are The 52 Per Cent stated that ‘any customs union is NOT Brexit’, as Theresa May appeared to pivot towards softer departure terms.

Australian Mr Crosby was credited with masterminding the Conservatives’ 2015 election victory, returning David Cameron to Downing Street without the need for a coalition. 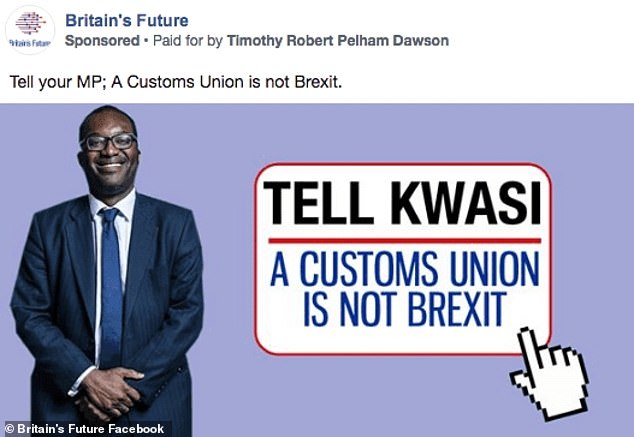 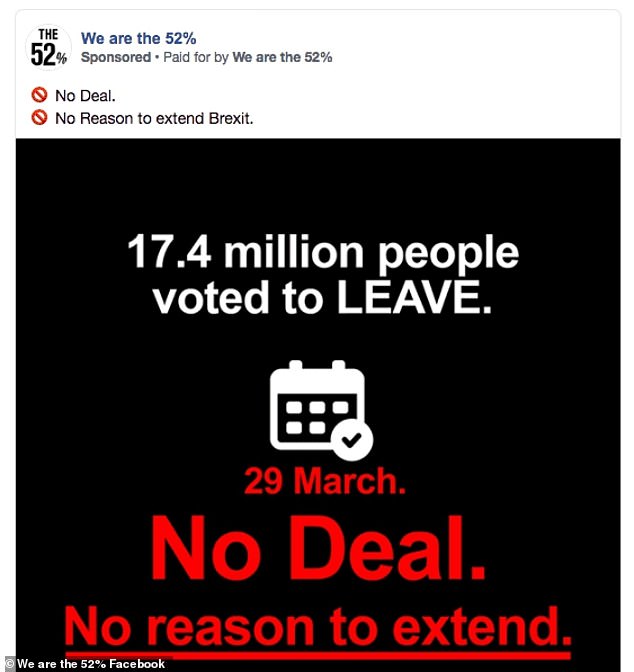 But some of Mr Crosby’s campaigning techniques and the work of his lobbying firm, including with the tobacco industry, have been controversial.

He was knighted for ‘political service’ in 2016 in a move which Labour said had degraded the honours system.

Crosby’s firm has also been linked to a campaign to ‘expose the truth of the Qatar regime and bring about the termination of the 2022 World Cup in Qatar’.

He reportedly said his lobbying firm CTF Partners would require £300,000 a month for 18 months to tarnish the Qatari government and put pressure on FIFA to ‘restart the bidding process’ and award the World Cup to another country.