From Jaws to Blue Planet these iconic sharks terrify and excite us like no other.

But now they are disappearing in droves, chased out and hunted by an even larger, smarter and more deadly sea creature.

Conservationist Richard Peirce, author of Sharks in British Seas, spends half his time in South Africa, which used to be a haven for Great Whites.

“This story starts in 2016 when the white sharks first disappeared and nobody knew why,” he told Daily Star Online. “A while later bodies started washing up.” 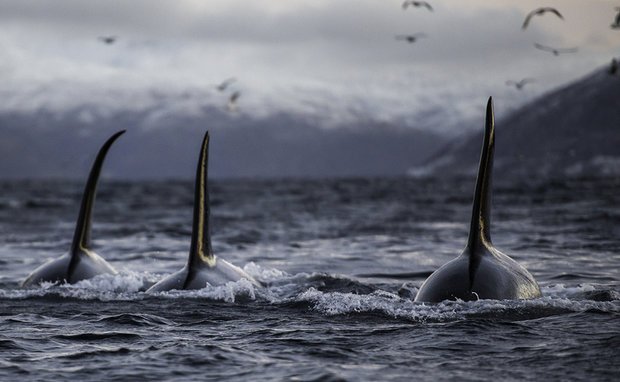 This causes the shark livers to burst and then nourishing oil inside — squalene — floats to the surface for the killer whales to gorge on.

And in all probability there were more victims.

“We only know about know about the ones that wash up because some might sink to the ocean floor,” Mr Peirce added.

In fact the squalene the orcas have developed a taste for is the only thing that keeps sharks buoyant in the first place — since they lack swim bladders used by other fish.

This is very bad news for great whites.

Mr Peirce added: “The white shark is an endangered species anyway and if you start taking out sexually mature animals you are having a huge problem.”

Females take 20 years to reach sexual maturity and will only have a couple of pups every two years.

“White sharks in South Africa probably are in quite a lot of trouble due to human interference.” 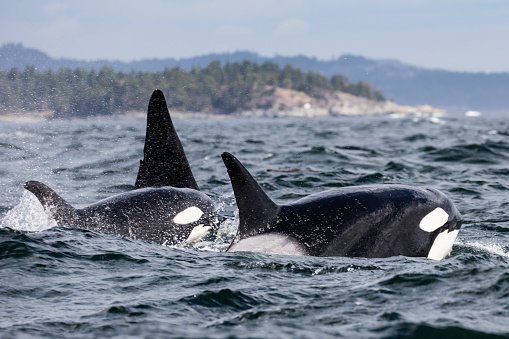 He said unsustainable methods of fishing and over human activities were “already taking quite probably a very heavy toll” on the sharks.

There is speculation that the strange behaviour of Port and Starboard — named for the directions in which their dorsal fins flop — could be caused by humans too.

Mr Peirce said: “Fins flopping over are observed more commonly in captivity than in the wild.

“This is not a very common occurrence in the wild but we have two animals here who have never been in captivity and both have these fins.”

Theories this fin flopping is due to malnourishment, disease, stress, or even sun damage, is all speculative because it is so difficult to study wild sea creatures. 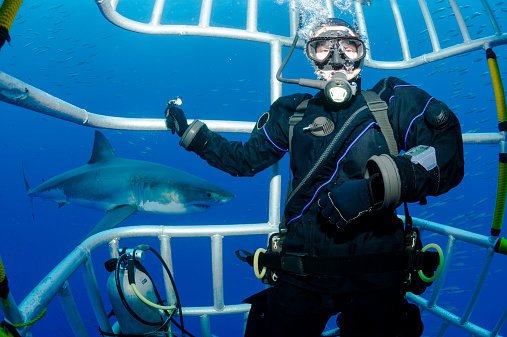 For now, we can only observe the ecological fallout of this strange behaviour.

Richard Peirce describes his new book, Orca, as a “bit of a Jaws flip-over”.

In the Blockbuster, the threat of a leviathan-sized shark drives tourism away from Amity Island.

But sadly the exact reverse is true for Gansbaai.

“In real life, the absence of Great White Sharks damages the town because we rely on them for eco-tourism,” he said.

Orca will be published by Penguin Random House and on the shelves in October 2019.