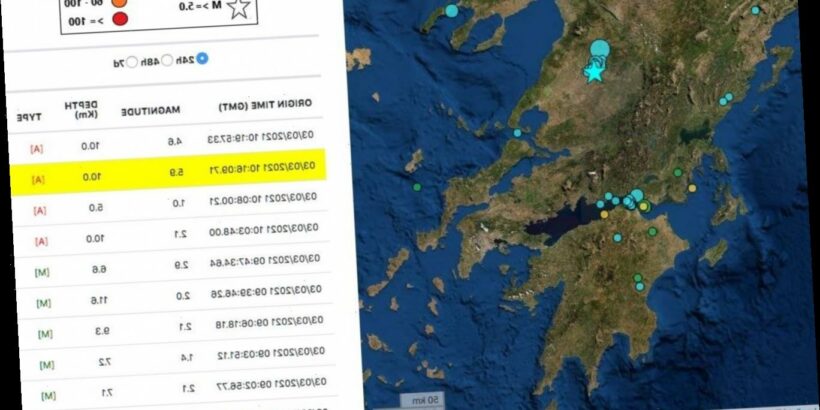 The shallow quake at 12.16pm local time had a magnitude 6.3, the US Geological Service said. 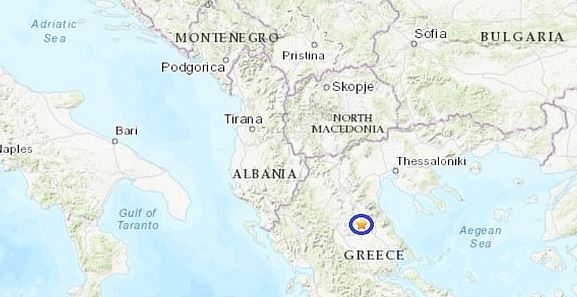 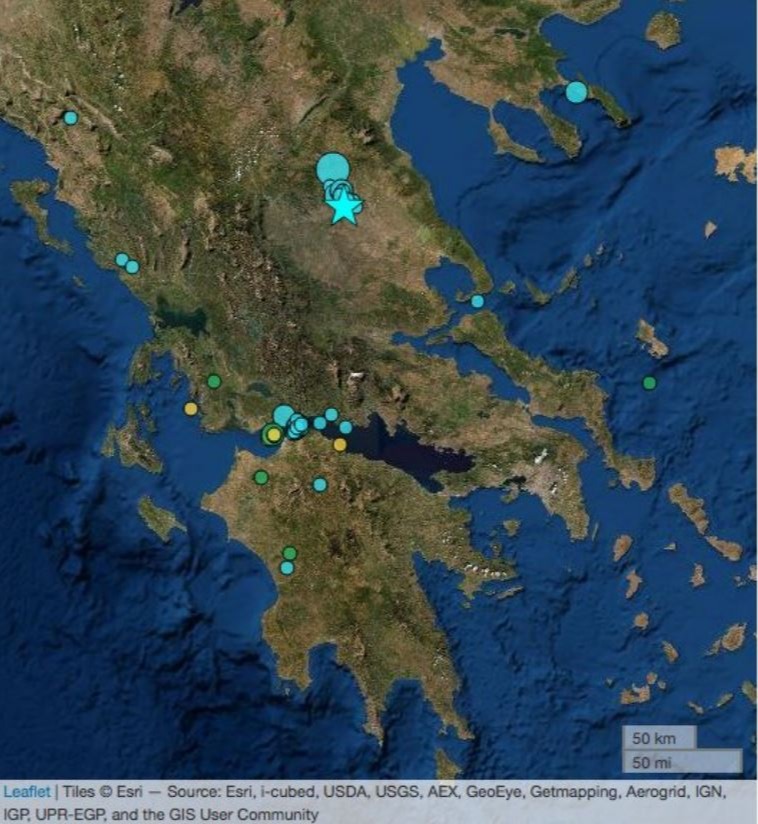 It was followed by a 5.1 magnitude aftershock 18 minutes later.

The European Mediterranean Seismological Centre rated the first quake's magnitude at 6.2 and said it struck central Greece at a depth of six miles.

Shallow earthquakes are typically felt more strongly and and are more destructive, but there are no reports of damage so far.

The Athens Geodynamic Institute said that the epicentre was around 12 miles south of the town of Elassona in central Greece.

Locals in nearby Larissa fled their homes and ran into the streets.

Witnesses said "buildings were shaking" and "dust was rising", and one house is said to have "shaken like a ship".

A fire service official in Athens, more than 150 miles away, said there were no reports of damage or injuries so far.

But he added: "My colleagues felt it, it was strong."