ATHENS (Reuters) – Greek lawmakers began the final steps on Wednesday toward ratifying an historic accord on a name-change for neighboring Macedonia, as a bitter row rumbled with opponents who say it harms Greece’s national identity. 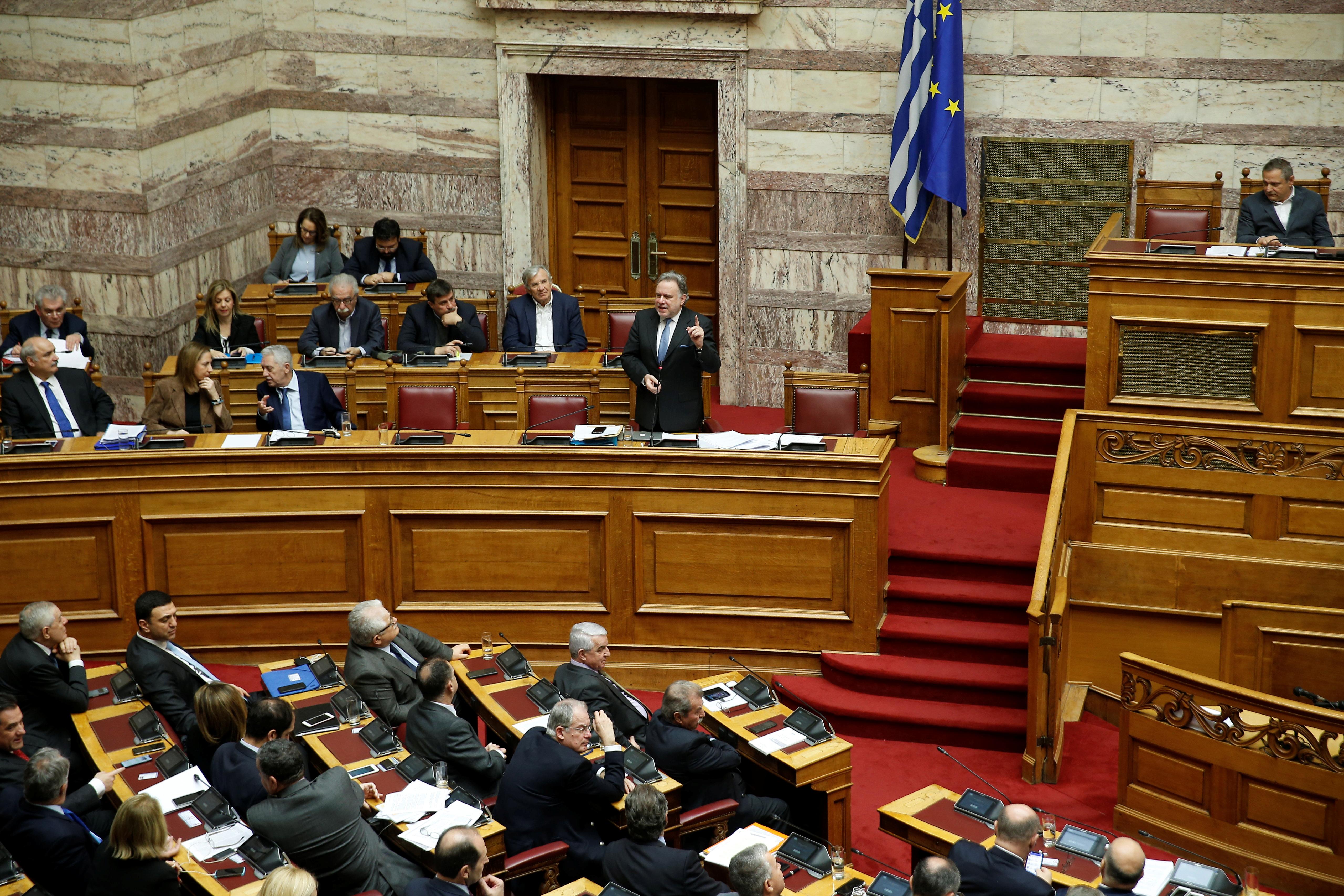 Parliament opened a two-day debate on ratifying the so-called Prespes Agreement, a U.N. mediated deal between Athens and Skopje changing the latter’s name to Republic of North Macedonia.

The deal, aimed at settling a 28-year old dispute between the two countries over the use of the term “Macedonia”, has triggered strong opposition among many Greeks, angered at what they see as an attempt by their neighbors to appropriate Greek identity.

Parliament is expected to ratify the name accord as Leftist Prime Minister Alexis Tsipras appears to have secured the support of at least 151 lawmakers in the 300-seat house.

However, the latest opinion poll conducted for Proto Thema newspaper on Jan. 20 showed 66 percent of respondents against the agreement.

Tens of thousands of people rallied against the settlement in Athens on Sunday, arguing that it leaves room for territorial claims over Greece’s largest northern province of Macedonia.

“This is a historic deal which solves a national issue which has lasted for 30 years,” said Sia Anagnostopoulou, a lawmaker from the ruling Syriza party during the opening of the two-day debate expected to culminate in a vote late Thursday at the earliest.

Greek parliamentary endorsement of the accord is needed for the ex-Yugoslav state to eventually join the European Union and NATO, organizations where Greece is a member and has veto rights – like other members – on who gets to join.

George Koumoutsakos, parliamentary spokesman for opposition New Democracy, criticized the government for settling on a ‘nationally damaging’ deal and forfeiting its bargaining power. New Democracy has been critical that the deal grants Macedonian ethnicity, and recognizes the existence of a Macedonian language.

“You gave, with your signature, consents and concessions which no government ever did in the past,” Koumoutsakos said.

Tsipras scraped through a confidence motion in parliament last week following the departure of his right-wing coalition allies Independent Greeks (ANEL) which were against the accord.