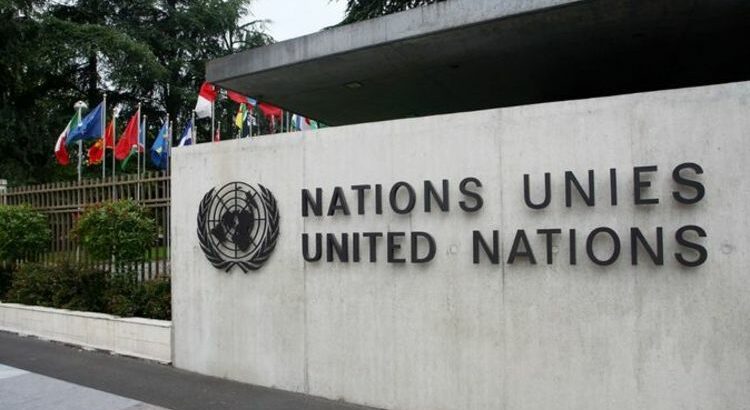 The UN’s Meteorological Organisation concluded atmospheric concentrations of carbon dioxide and other heat-trapping gases rose faster last year than at any point in the previous decade. CO2 concentrations rose by 2.5 parts per million (ppm) last year, taking the worldwide average to 413ppm.

The rise came despite a 5.6 percent drop in fossil fuel CO2 emissions which are said to have been caused by COVID-19 restrictions.

According to the Times, the last time Earth had similar CO2 concentrations in the atmosphere was between three and five million years ago.

During this time, temperatures were around 2 to 3 degrees celsius warmer and sea levels were between 10 and 20 metres higher.

The WMO also found the ability of oceans and land to absorb carbon may decrease in the future.

Currently, around half of all CO2 emitted by human activity stays in the atmosphere, while the remaining half is taken up by oceans and land.

But the use of oceans and land as so-called “carbon sinks” could be diminished going forward following higher sea surface temperatures, decreased PH measures and increased melting of ice in the North Atlantic.

The WMO added in their study: “Given the long life of CO2 [in the atmosphere] the temperature level already observed will persist for several decades even if emissions are rapidly reduced to net zero.

According to the Times, Professor Petteri Taalas responded to the report by saying it contained “a stark, scientific message” just before climate change negotiators meet at the UN’s COP26 summit in Glasgow next week.

Professor Taalas, who has served as secretary-general of the WMO since 2016, added: “At the current rate of increase in greenhouse gas concentrations, we will see a temperature increase by the end of this century far in excess of the Paris Agreement targets of 1.5-2 degrees celsius above pre-industrial levels.

“We are way off track.

“Many countries are now setting carbon neutral targets and it is hoped that Cop26 will see a dramatic increase in commitments.

“We need to transform our commitment into action that will have an impact of the gases that drive climate change.

“We need to revisit our industrial, energy and transport systems and whole way of life.

“The needed changes are economically affordable and technically possible.

“There is no time to lose.”

The broadsheet also reports Dr Heather Graven from Imperial College London as saying: “These atmospheric measurements provide hard evidence that, rather than slowing climate change, we are accelerating it.

“Greenhouse gases in the atmosphere are increasing faster than ever.

“It is crucial that Cop26 succeeds in ramping up mitigation efforts across the globe.”