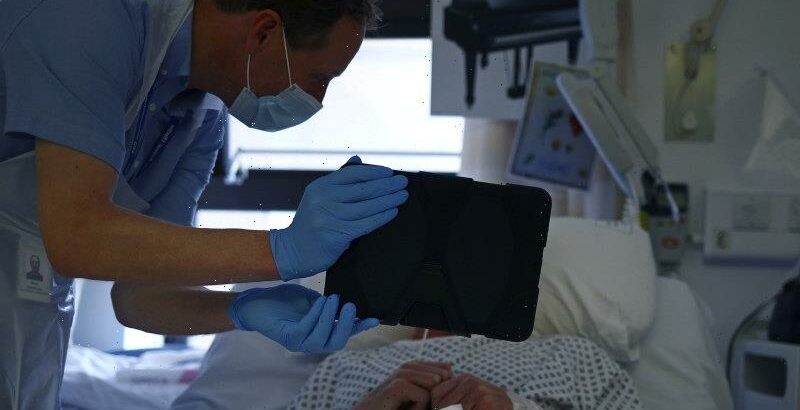 I learnt recently that one in four Australians is born overseas. I am one of them. My mother was granted political asylum by the Hawke government after the Tiananmen Square massacre and I have called Australia home since I was 10 years old.

I arrived with no preconception of what Australia was like and not a single word of English. As I learnt the language and the ways of society, I became proud to call myself an Australian. I went to school with people from incredibly diverse backgrounds. I became a medical doctor, and then an intensive care specialist. I have always been extraordinarily grateful for the life-changing move that my parents made and the opportunities I have had growing up in the freedom of the West. 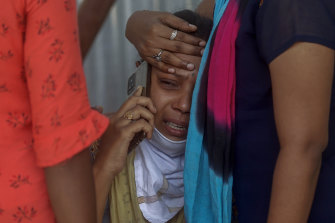 Grieving relatives of a person who died of COVID-19 mourn outside a field hospital in Mumbai, India.Credit:AP

However, that has changed. For the first time in the last three decades, I feel a growing sense of unease as the COVID-19 pandemic unfolds.

My father usually visits his elderly mother in China every year, he and his sisters having a roster to care for her. The roster, like many other things in COVID, has been thrown out the window. He hasn’t seen her for 18 months and his anxiety is growing. He is scared of not being able to return to Australia, that the borders could slam shut any time and that he would not have access to medical care for his own health conditions. He feels imprisoned in the country that he calls home because my grandmother is frail but not imminently dying. Apparently only being almost-dead or actually dead generates the amount of grief required for the government to let us out of prison. 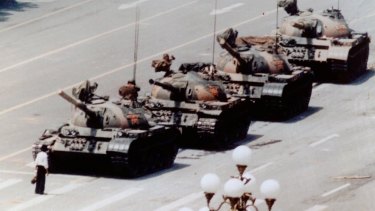 As a doctor, I have witnessed similar heartbreak in many patients and their families. The family of one patient I cared for was not granted an exemption to travel to Australia because their son was “not sick enough”. He had decided to stay in Australia to work, after studying here as an international student. His parents spent days battling with the government bureaucracy and red tape. Only when he was issued a death certificate were his parents allowed to come and organise his funeral.

Another time, I cared for an elderly man who was nearing the end of his life. His wife begged me to put him on life support because their only son had moved to Japan a few years earlier. He needed time to navigate the exemption process, time that his dying father did not have. His father died a few hours later, his son grieving over video chat.

I looked after some of the patients during the first wave, and I am well aware of what COVID-19 could look like in Australia if the floodgates were opened. We have done an amazing job of reducing the impact of COVID on the health of Australians.

On the other hand, we have shut ourselves off to the rest of the world in a way reminiscent of our convict heritage. Our black-and-white, zero-tolerance approach to COVID has ramped up anxiety in the community to the extent that even a handful of cases leads to collective catastrophising as if funeral pyres on the street are imminent from a single case. I completely understand the desire of Australians to keep COVID out, but I also understand the predicament of those Australians who are desperate to see their family. 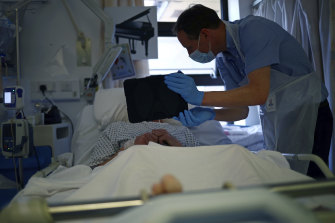 Many Australian migrant families have been unable to visit sick and dying relatives overseas.Credit:Hannah McKay

My love life is also impacted by COVID. I went to Paris to play music in 2019 where I met a lovely violinist. We started to talk regularly during the lockdown and a year later, we are certain that we would like to be together. However, neither he nor I fit any category of “exemption”, and we are not able to meet in person.

I am still proud of being an Australian, but I am increasingly distressed. My partner and I are frustrated that while the rest of the world is getting on with vaccination and opening up, I remain trapped in fortress Australia. Does love, or indeed life, stop in the time of COVID?

On the very day that we said “I love you” to each other for the first time, I went to work as usual in the Intensive Care Unit and looked after a woman who was dying. I met with her children who told me that the woman’s partner lived overseas; that they had been together several years after meeting on a church mission trip. He had applied for exemptions to travel to Australia several times, but was rejected every time as there was no “compassionate reason”. I talked with him on video chat, and he cried quietly as I relayed the sad news of her impending death. When I finished, he said he had just received the travel exemption that very day. He would not make it in time, not even for her funeral.

I understand the need for the government to represent the majority view. But I am also a human being and I am trying to live my life, as are millions of Australians who are simply trying to get on with their lives. Australians with a different skin colour who call Australia home are also Australians. We deserve to have a voice, and we deserve the freedom and the right to continue living our lives, just like every Australian.

Julia Baird is on leave.