The celebrity chef’s Steakhouse Bar & Grill in Birmingham received the poor score and was told that “major improvement was necessary” by an environmental health officer. 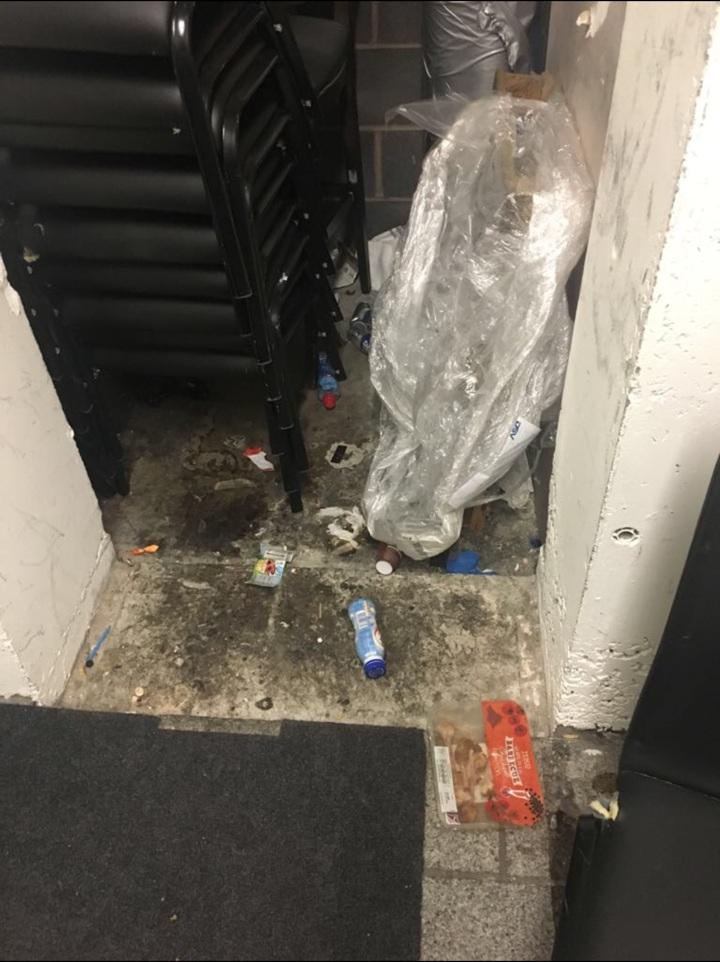 An insider has now claimed he witnessed cross contamination taking place in the kitchen and a new set of photographs shows the condition of the restaurant.

Images show a window covered in dirt, rubbish spilling out onto the floor after falling from a bin and fruit being left uncovered in a fridge.

The source told BirminghamLive: “Chefs were not able to give correct information regarding cooking temperatures.

“There was information missing from the due diligence records and lots of evidence of cross contamination for example raw meat being stored near non-raw foods, unwashed salads and fish being washed and prepared in the same area as cooked food is being served." 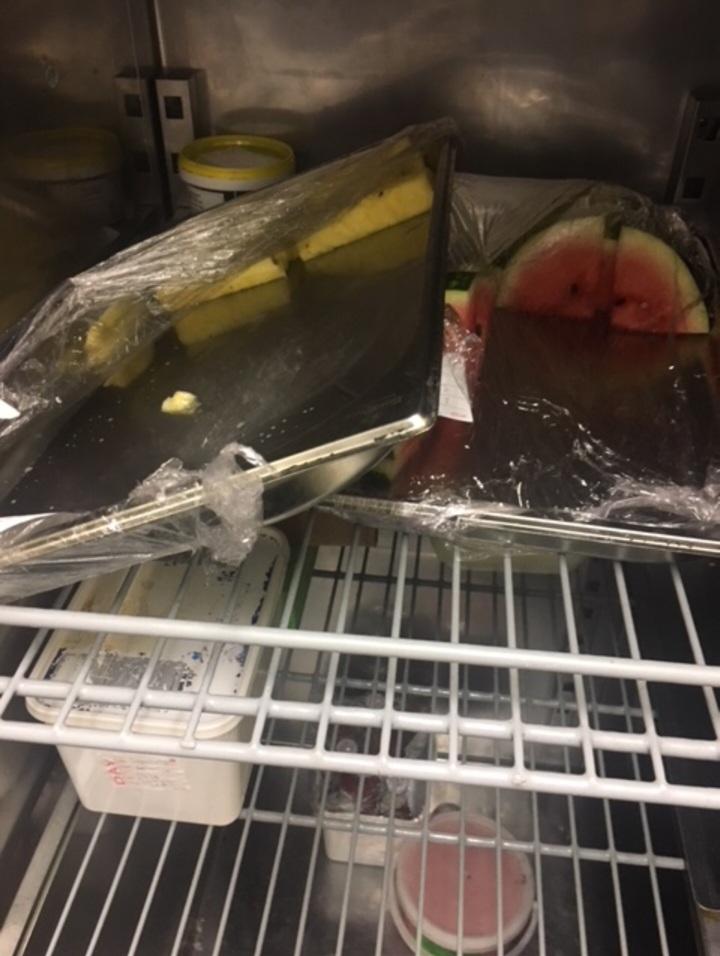 He also claimed that some out-of-date steaks were removed from their packaging and given new dates after being place into ice-cream containers.

The source added: "When steaks go out of date they are taken from the packaging and placed into ice cream tubs and re-dated.

"The pot wash area that was recently refurbished was filthy.

"Further evidence of cross contamination in the dry store (bits being stored with other products) causing concern for allergens." 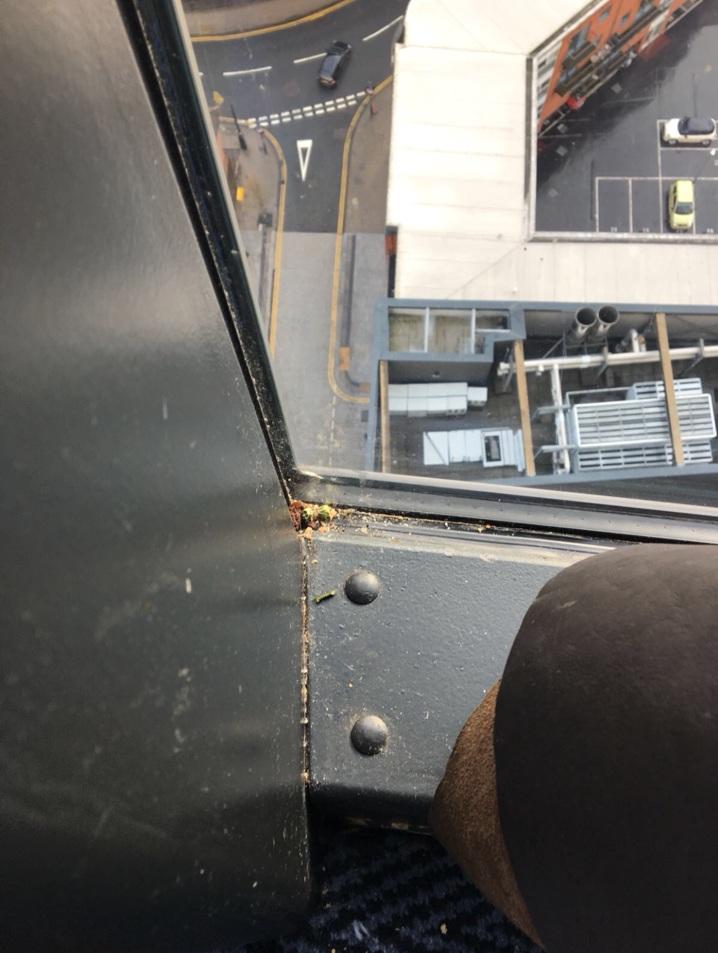 A spokeswoman for Marco Pierre White Steakhouse Bar & Grill said: "We have appealed the latest EHO score due to the disparity between this score and that of our independent external auditors, Shield Safety Group, who also carried out an unannounced kitchen audit on the same day as the EHO and scored us four stars.

"Prior to this latest visit we held a five-star rating and we have very stringent processes in place to ensure we adhere to and maintain very high standards.

"We are compliant with all kitchen procedures and struggle to understand how there can be such inconsistency between the two scores. "Shield Safety Group is the leading independent auditor within our industry. They have a team of inspectors who are ex-EHO auditors which gives us great confidence that our kitchen and standards are in a very good place.

"As part of our internal review process following both EHO and Shield Safety Group audits, we identified an individual within the team who hadn't been following some of our processes appropriately, and as a result we ended their employment with us.

"This was an isolated incident and all of our staff continue to be supported with regular training and development. 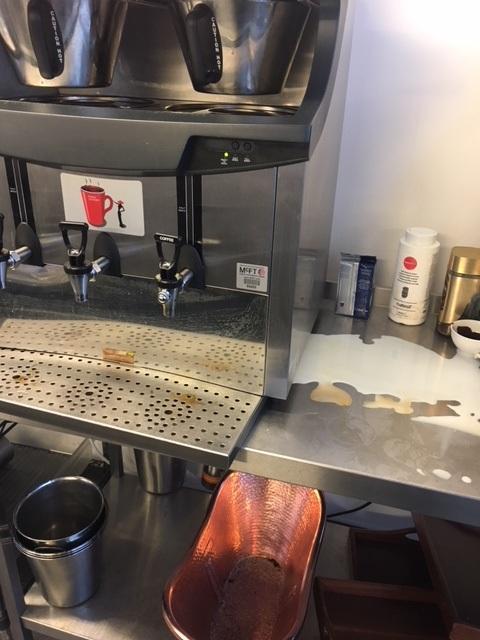 "Since the EHO visit in March, Shield carried out a second unannounced visit on April 11 and again, scored the site four of five stars.

"Over the past year we have invested more than £150,000 in the modernisation and upgrading of our kitchen. We pride ourselves in our commitment to health and safety, and we continue to invest heavily in staff training and our kitchens."

A spokesperson for Shield Safety Group told The Sun Online: "We have supported Marco Pierre White Restaurant Group across food, fire and health and safety for many years.

“An unannounced audit by one of our experienced environmental health practitioners was coincidentally undertaken on the same day as the food hygiene inspection.

"During the independent audit, we applied an equivalent rating of four stars and we remain confident that this was an accurate reflection.

"A small number of issues were found during the audit which were immediately rectified by the business and from our more recent audits we can confirm that good hygiene practices have remained in place.

"Marco Pierre White Steakhouse Bar & Grill Birmingham has applied for a re-rating by the EHO and we would expect it to receive a much more favourable outcome."