Lithuanian couple Laura Kiseliova, 39, and Raimondas Titas, 37, have now fled the country as a UK judge ordered them to be locked up for animal cruelty and fraud. 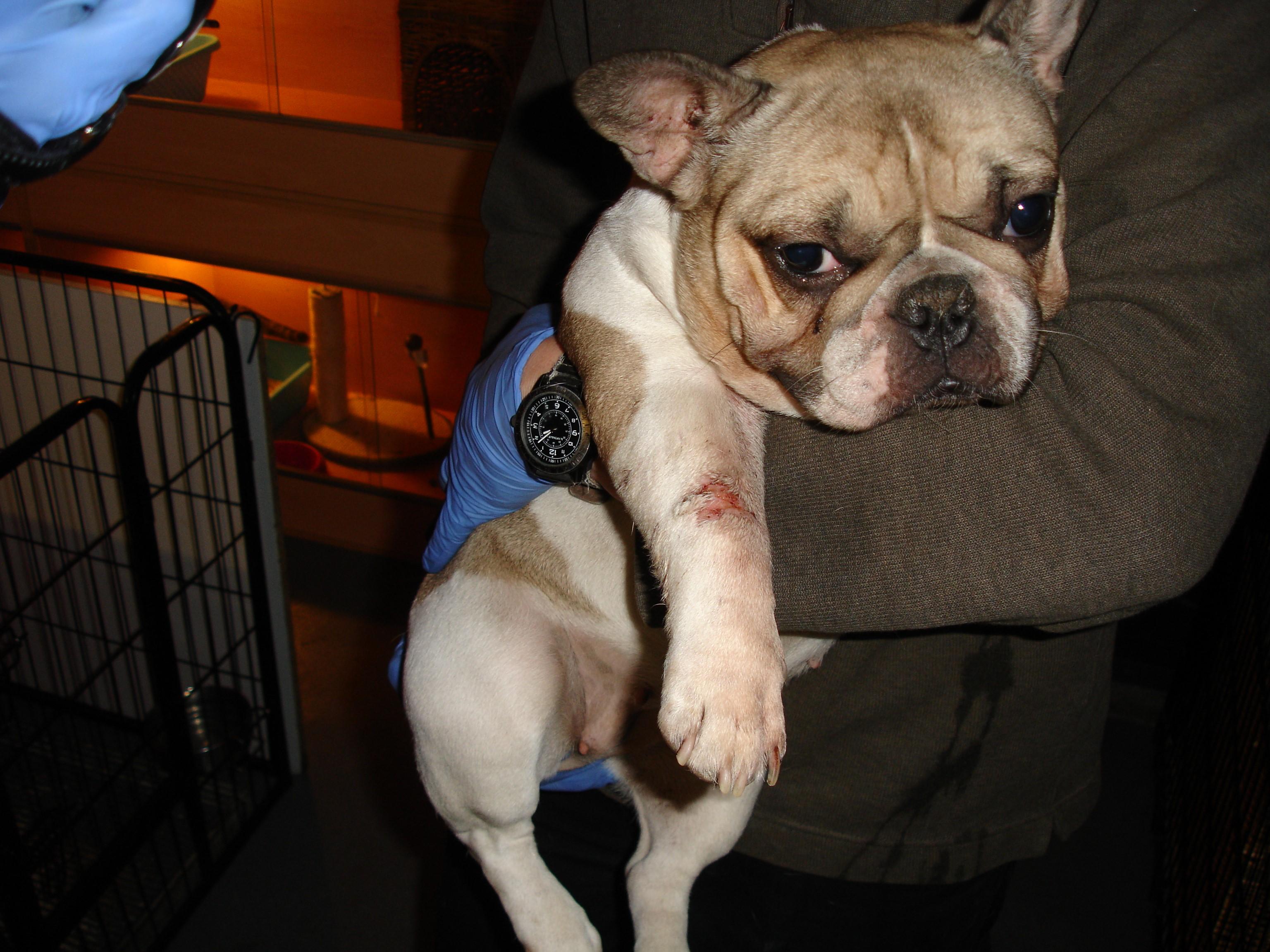 They set up an online "puppy farm" called Pets313 and encouraged customers to buy popular breeds like pugs and french bulldogs.

However, when customers went to the couple's house in Salford, Greater Manchester they were quickly persuaded to take the pets home, unaware that the canines hadn’t received vital injections or veterinary care.

And when they arrived home, the dogs suddenly became ill and lethargic after having been kept in dire conditions in small cages or crates in a garage.

Despite buyers being told they were receiving British-bred pups, they were actually getting Eastern European dogs that had travelled over to the UK on a Pet Passport bought by the Lithuanian couple. 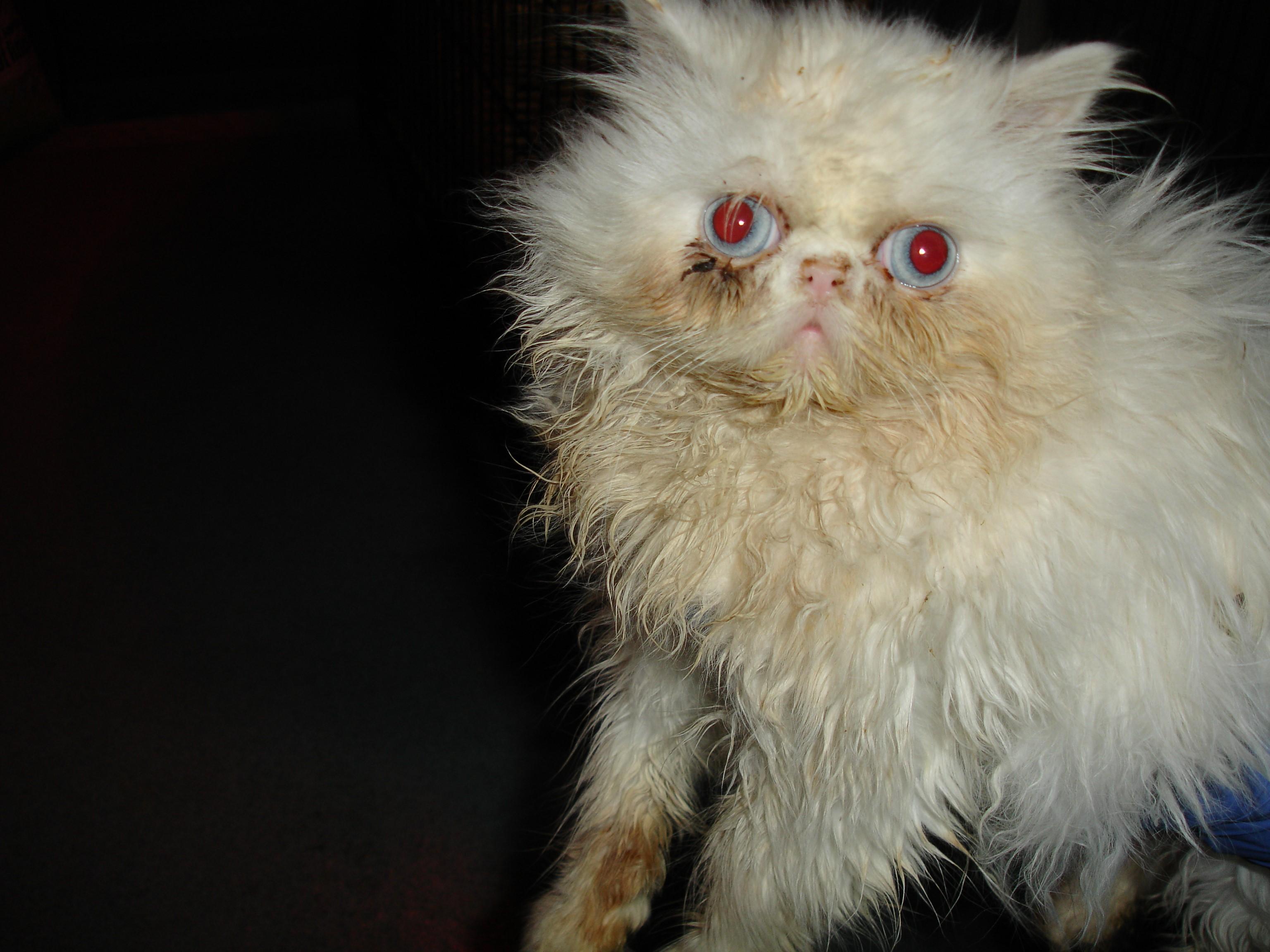 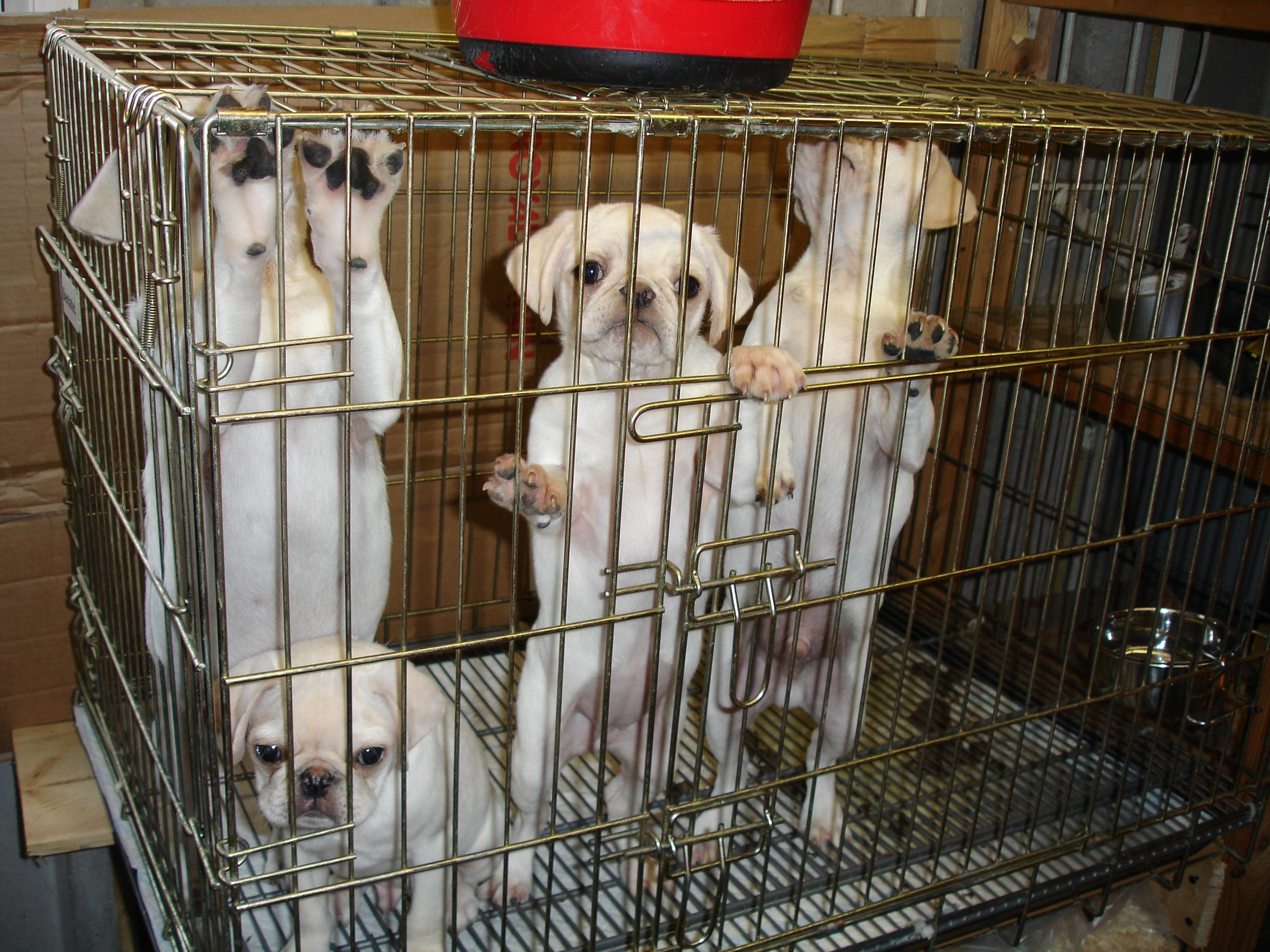 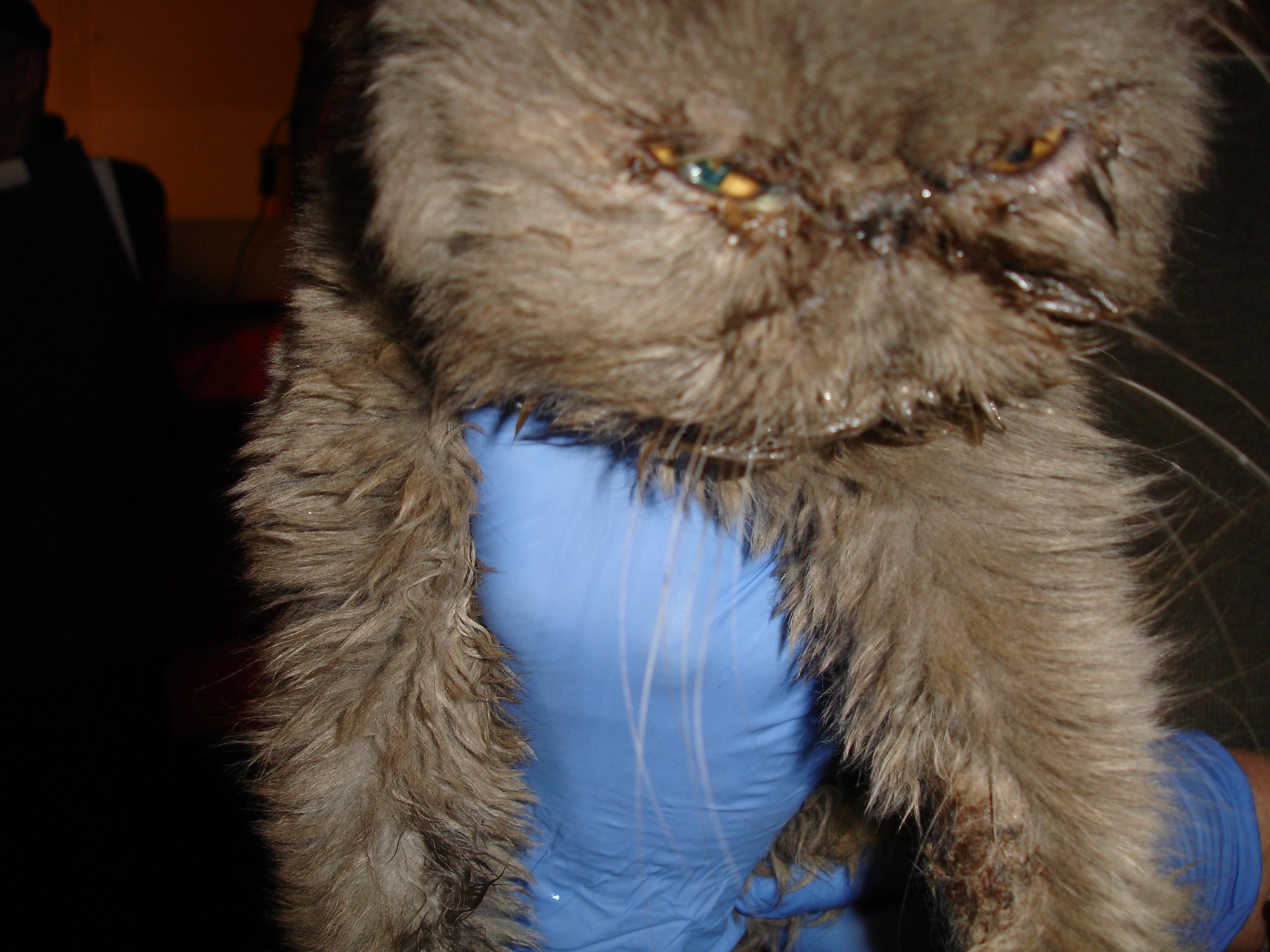 One customer paid £720 for a french bulldog named Bella without realising it had breathing problems.

The owner subsequently ended up forking out over £4,500 in vets bills for the poor pup.

Following an intense investigation by the Trading Standards, Bury Council and the RSPCA, the couple were confronted at their home in May 2015.

Numerous cats and dogs were discovered starving and shivering in squalid conditions with their bodies covered in scabs and discharge. 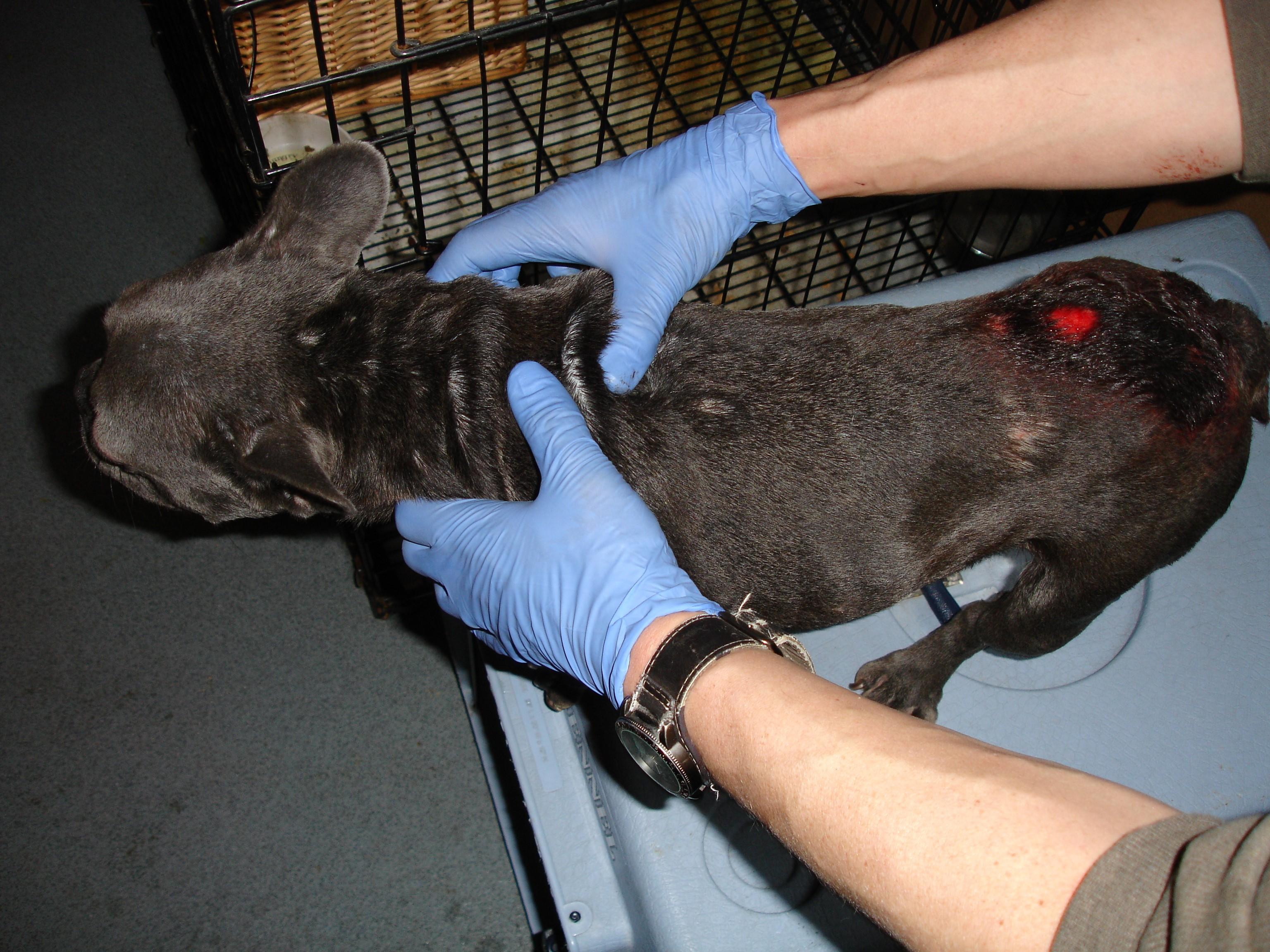 However, Kiseliova unsuccessfully tried to withdraw her guilty plea, and while waiting for the next Manchester Crown Court date, the pair fled the country.

An European Arrest Warrant has been issued for the couple who are believed to be hiding in Eastern Europe.

At Manchester Crown Court Kiseliova was sentenced to four years jail and Titas got three and a half years imprisonment.

They will be ordered to serve half their sentences once they are located.

Sentencing the pair in their absence, Judge Richard Mansell QC described the RSPCA's horrific find at the couple's house.

He said: "When the RSPCA came to your address they discovered animals kept in cages with little stimulation for space to run around.

"Two bulldogs that were rescued unfortunately died within a few days because they were in such ill health."

He added: "The conditions the animals were kept in were appalling, keeping them in crowded cages. Many were in pain and your treatment of them was utterly shameful."

A lifetime order under the Animal Welfare Act was placed on the pair, disqualifying them frown owning or looking after animals.