A GROUP of dozens of protesters seriously damaged the headquarters of the Georgia State Patrol by breaking windows, spraying graffiti and setting off fireworks.

The group, which was made up of 60 to 100 protesters, according to WSB-TV, descended on the Georgia Department of Public Safety headquarters in Atlanta around 1am Sunday morning with rocks, fireworks and spray paint. 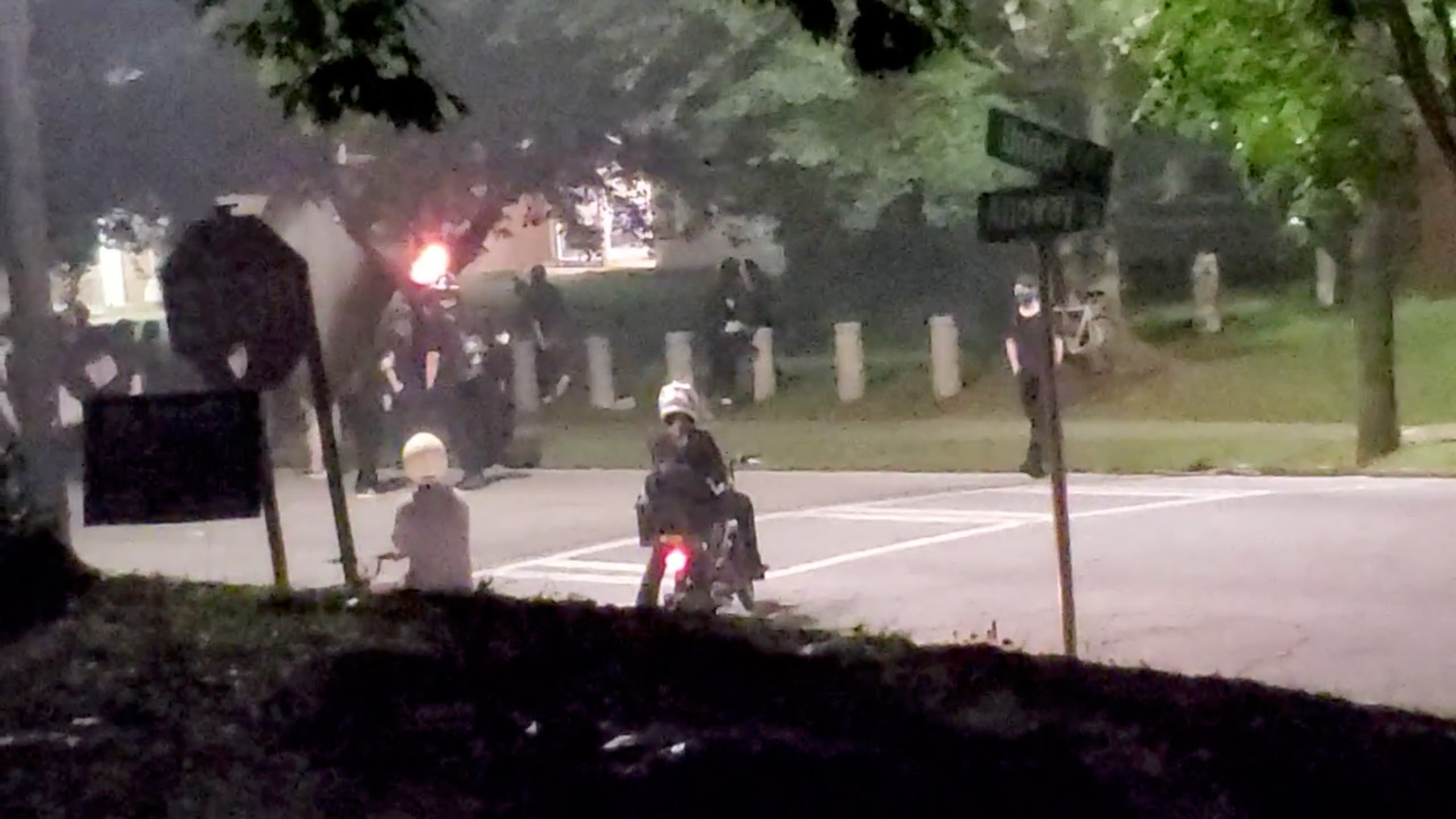 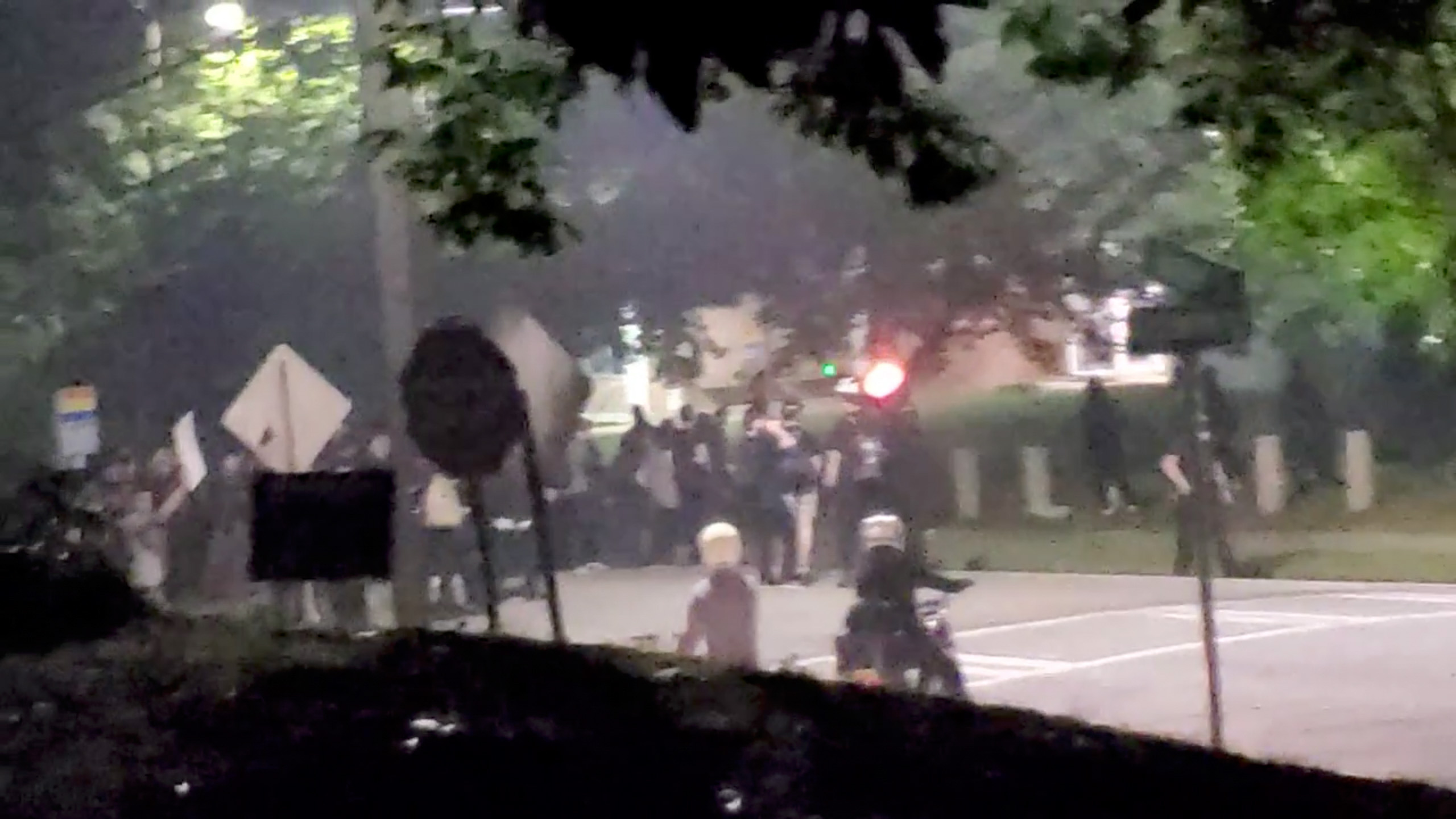 The building reportedly has smashed windows, is tagged with graffiti, and has other damage related to a small fire sparked by someone throwing fireworks through a window.

The fire was put out by Department of Public Safety workers, and two employees had to be treated for smoke inhalation, according to a statement from the state patrol.

One of the agency's vehicles was reportedly also damaged in the chaos.

The protest started out peacefully, a bystander who was able to capture video of the incident, Kimberly Krautter, told US News.

While up to 100 people were seen marching in dark clothing and wearing masks outside the building, "only about three or four people" were attempting to vandalize it, Krautter said.

Video shows smoke inside the building after a bright red flash.

The cost of the damage has not been reported yet.

WSB-TV reported that a few people on the scene were detained, but its unclear at this time if anyone has been arrested.

Like many cities across the country, Atlanta has seen mass protests break out in recent weeks over the deaths of Rayshard Brooks, George Floyd and other Black Americans who were killed by police.

Brooks was shot dead by police in Atlanta following an altercation that began after he fell asleep in his car while waiting in a Wendy's drive-thru line.

A day after Brooks was killed, the Wendy's was burned down. Three suspects – including a woman who may have been Brooks' girlfriend – have been arrested and charged in relation to that fire.