Once seen as a slowing option in the global mining industry, US copper deposits have quietly drawn more than $1.1billion in investments as electric car-makers such as Tesla rush for more of the metal.

And leading the way in mine expansions is Nevada Copper Corp, which is building one of four copper projects set to open in the country by the end of 2020.

One of the first to be opened in more than a decade, the Pumpkin Hollow copper project in Yerington, Nevada, is less than 60 miles (100 km) from Tesla’s massive Gigafactory, a closeness that one main investor said was a key factor for investment.

Stephen Gill of Switzerland-based Pala Investments, Nevada Copper’s largest shareholder, added: ‘The copper industry needs areas of good supply with low political risk, and that’s what we get in the United States’.

Surrounded by fields of onion farms and backed by the Sierra Nevada mountains, the Pumpkin Hollow mine will produce more than 100,000 tonnes of copper each year once it opens underground and open-pit portions are fully operational, which is expected to happen in phases.

The project has largely been supported by local residents as the state’s economy has historically been linked to mining, however, some have opposed it due to concerns about water rights and native lands.

Below we take a look at the construction of the underground mine with a remarkable collection of photos. 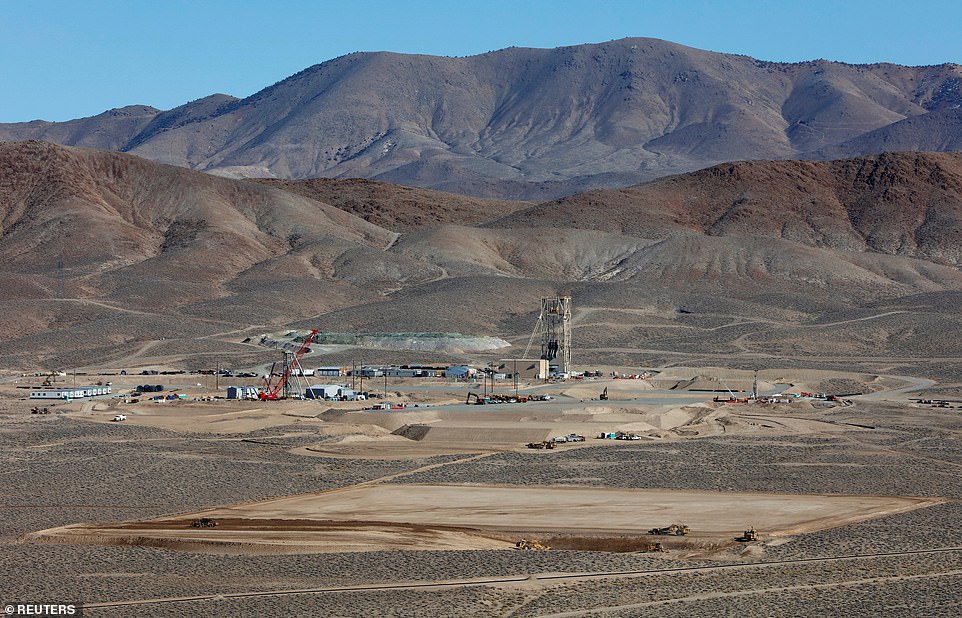 Getting there! Surrounded by numerous onion farms and the Sierra Nevada mountains, the Pumpkin Hollow copper mine in Yerington, Nevada, is set to open in 2020 and building work (pictured) is still underway 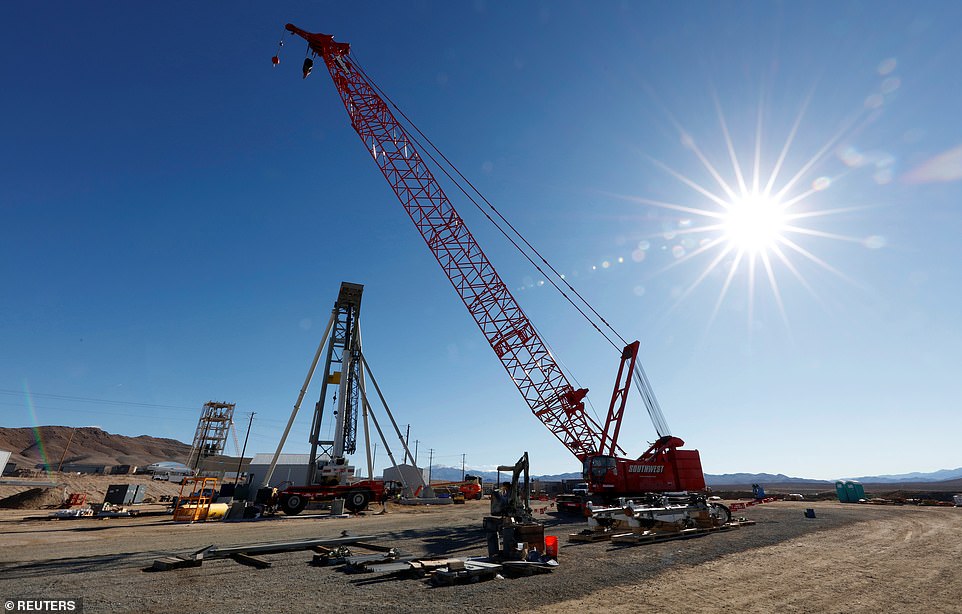 On-site: It is one of four copper mining projects set to open next year in the US as the demand for copper increases with the rising popularity of electrical cars, which uses the red metal more than non-electrical vehicles 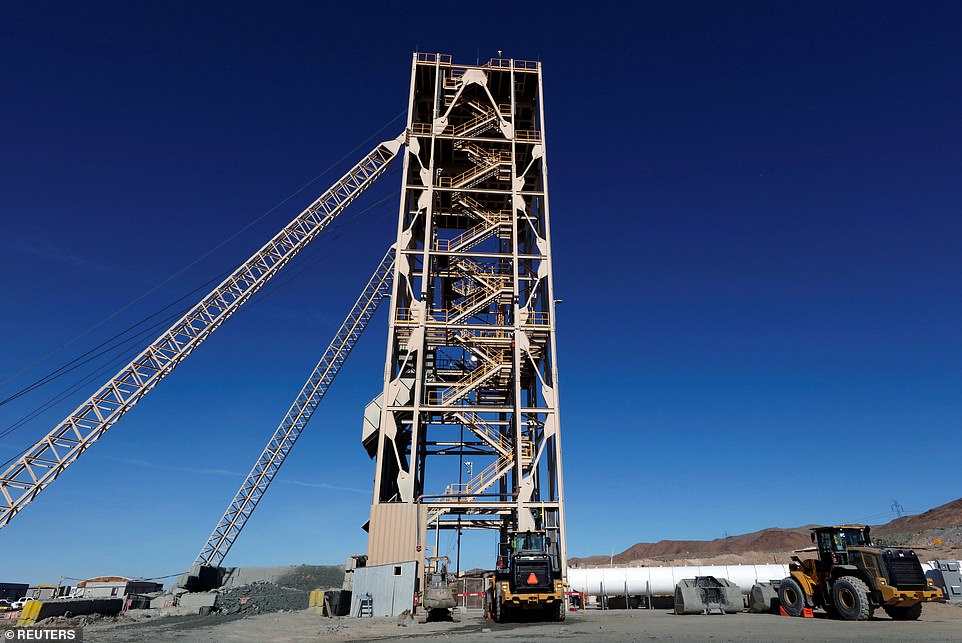 Finished! The main shaft station, pictured, has now been completed and will hold the material handling system. This will hoist ore out of the mine during production 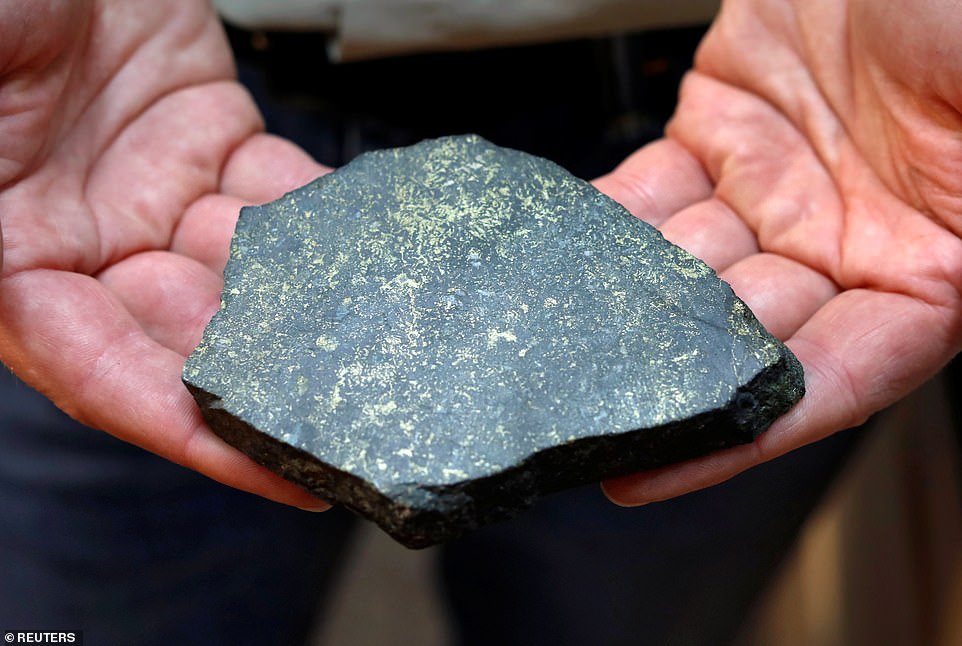 The ore lifted from underground will lead to copper being extracted and turned into the finished product. The mine is expected to produce more than 100,000 tonnes of the metal each year 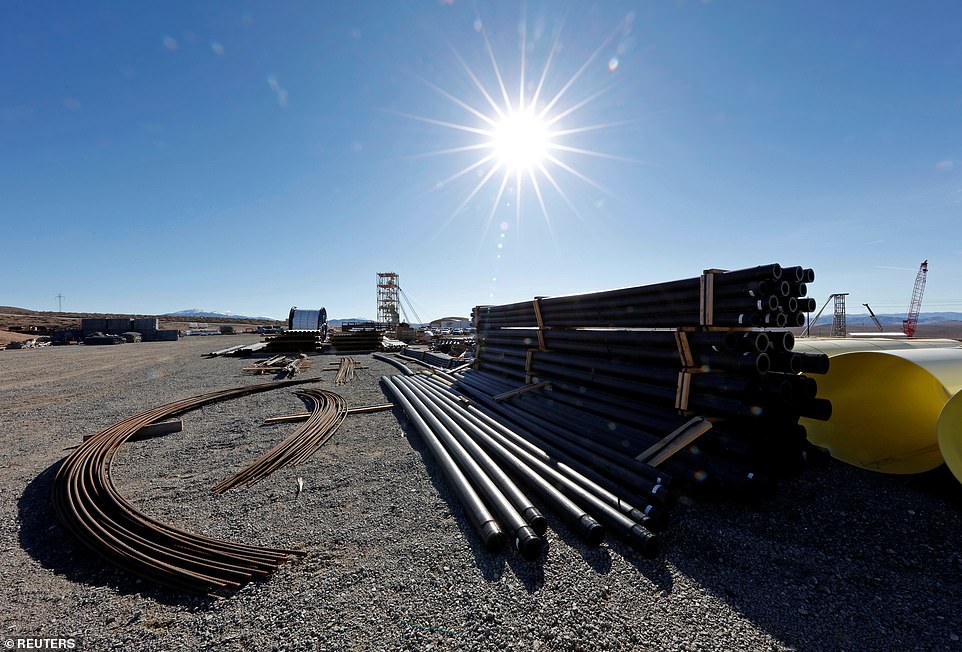 The land on which the mine is being built is private property, having been sold to the Nevada Copper Corp by the City of Yerington after 10,000 acres of Federal Land was transferred to them 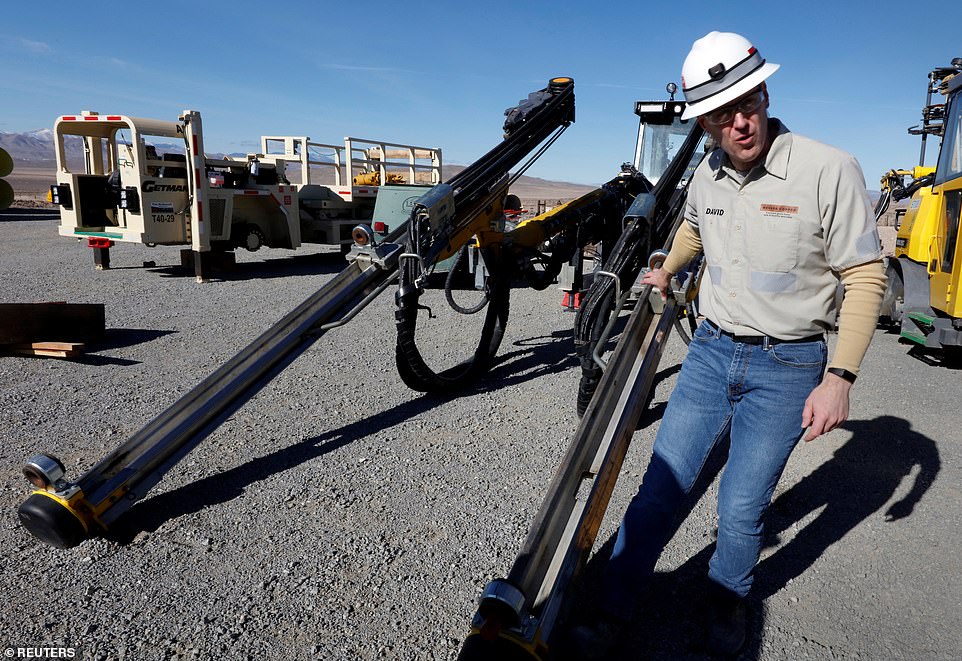 The US is home to the world’s fifth-largest copper reserves, according to the U.S. Geological Survey, yet the Pumpkin Hollow copper project will be one of the first to be opened in more than a decade. Pictured: David Swisher, Vice President of Operations at Nevada Copper’s mine 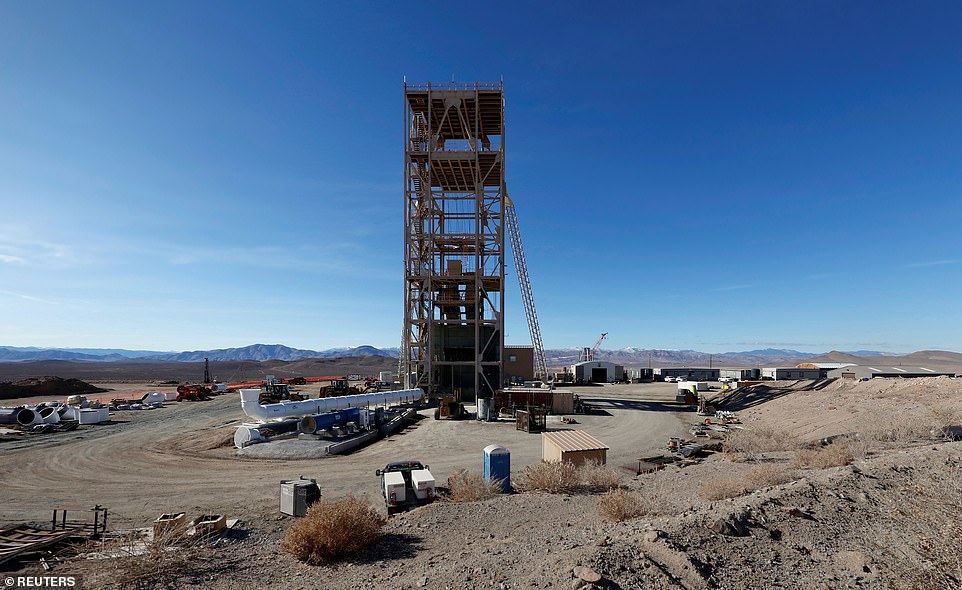 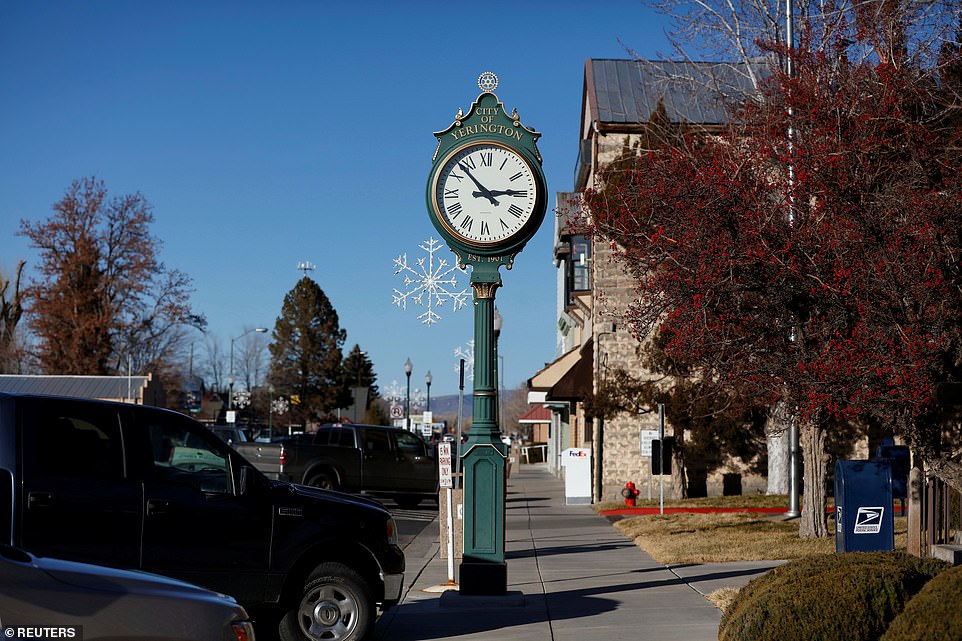 While some residents in the city of Yerington (pictured) have opposed the mine due to water rights and native land concerns, the construction work has largely been supported 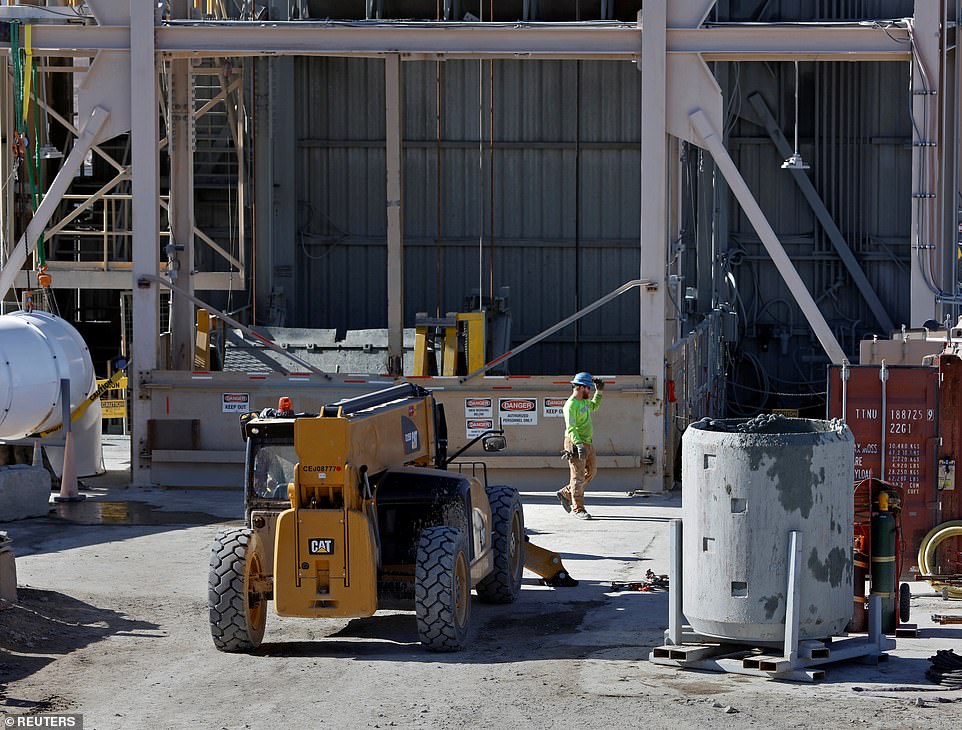 ‘Copper is king for this electrification trend taking over the global economy,’ said Matt Gili, Nevada Copper’s chief executive. ‘We see demand increasing steadily in the years ahead and, so far, supply is not keeping up.’ Pictured: Work taking place in at the mine 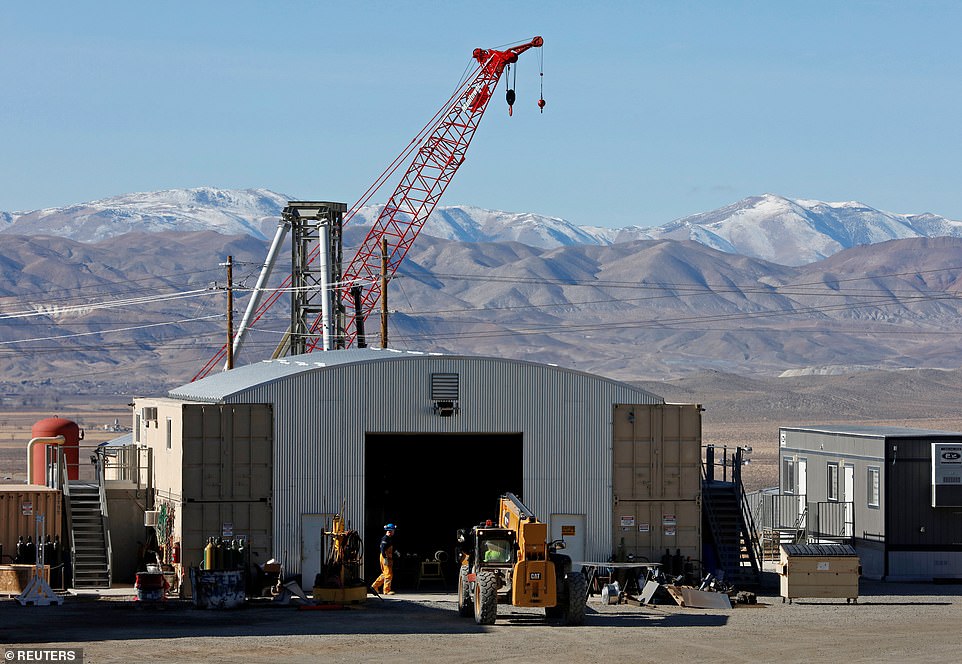 The country’s increasingly pro-mining policies are also fueling the red metal’s industry revival. Pictured: A general view of the mine’s construction so far