A friend of a Latvian national allegedly murdered on British soil by the Russian secret police has been jailed for looking after his guns.

Grave digger Neil McDonald, 39, was found in possession of bags containing firearms and ammunition while police were investigating the death of Mikus Alps.

The remains of Alps, 33, a Latvian national were discovered inside a burnt out car in Guernsey. 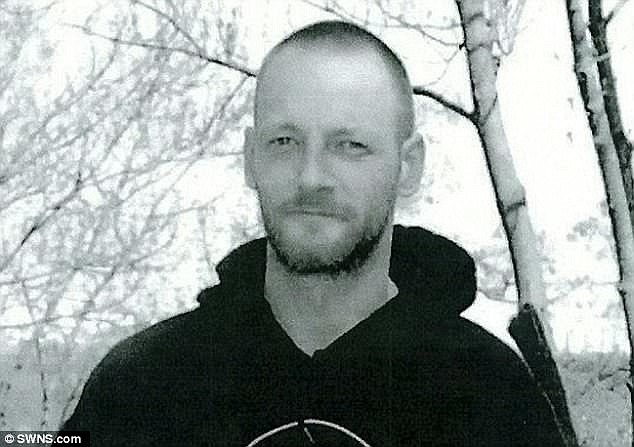 Mikus Alps, pictured, asked his friend Neil McDonald to look after a bag which contained several guns, shortly before the Latvian national’s body was discovered in a burned out car 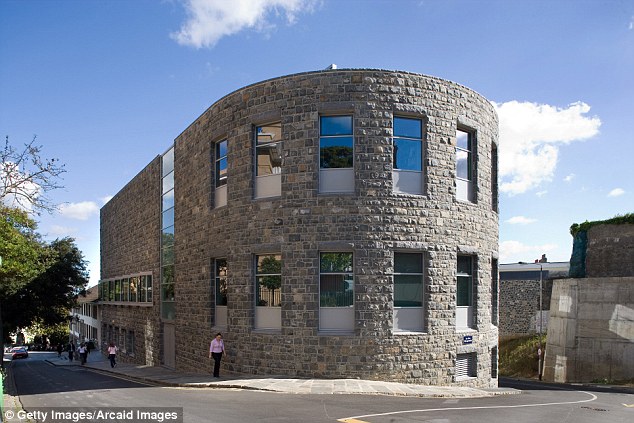 Reports in the former Soviet Block claim he was tortued and killed due to his involvement fighting with the Ukrainian rebels against the Russians.

He is understood to have part of the volunteer army fighting to rid Russian troops from Crimea and his involvement with the Ukranian military forces was brought up in court.

And the case took a further twist when police discovered several firearms on his friend McDonald during the course of their investigation.

The defendant said he was given the bags to look after by his pal Alps but claims he had no idea what was inside them.

He was sentenced to 18 months in prison at Guernsey Royal Court on Thursday alongside his co-defendant on one of the charges, Jack Falla, who was given the same jail term.

McDonald, who appeared from custody, and Falla, 31, admitted a joint charge of being concerned in the supply of cannabis, or cannabis resin.

The offence came to light when officers were investigating McDonald on firearm and other drug related offences.

In court, McDonald also admitted being in the possession of two LSD tablets, a shotgun, a sawn-off shotgun and ammunition for the shotgun.

Prosecution Advocate Rory Calderwood said the shotgun was in a poor state of repair and could only be shot from the hip, while the sawn-off firearm could not be fired in isolation.

Officers went to McDonald’s address on Wednesday January 10 at 6pm. They wanted to speak to him about Mr Alps. Police on Guernsey investigating Alps’ death discovered his body in this burned out car. Officers then questioned his friend McDonald as part of their investigation and discovered the bag containing several guns as well as some drugs

At first, McDonald said he had not spoken to Mr Alps since the evening of the previous Sunday.

But when officers told him they had found an unidentified body, it was obvious McDonald was becoming cautious about what he was saying. The officer then told McDonald they had evidence of Mr Alps speaking with him in the early hours of 8 January.

McDonald then said he had a call at 2.30am on January 8 from Mr Alps, who had asked him to go to his lock-up at Pleinmont and collect two bags. He did as he was asked and got home around 3pm.

McDonald then led officers to the two bags that were in the back of a car. He agreed to get the bags because he was ‘helping a mate out’ and Mr Alps told him ‘they were clean’, he told police.

He had not looked in the bags and had no idea what was in them.

Once the items were discovered, he was arrested and taken to the police station.

In interview, he said he knew Mr Alps was involved in some ‘dark things’, including being involved in the Ukrainian military.

Mr Alps had earlier confided in him that he thought he was being followed and that he might spend some time away.

He told officers that he did not question what was in the bags because it was on a need-to-know basis and he did not want to know.

‘It was obvious it had metal in it,’ he told officers. But he ‘thought it was all right.’

McDonald said when he heard nothing from Mr Alps, he had approached his friend’s mother to drop the bags off.

Advocate Peter Ferbrache, representing McDonald, said his client had picked up the bags for his friend. He felt he owed Mr Alps for helping him previously when he was serving a driving disqualification.

His guilty plea was on the basis that he was in possession of the items, however, he did not know he was.

‘He wouldn’t have touched it with the proverbial barge pole if he knew what was in there,’ said Advocate Ferbrache.

His client did not accept that he was evasive. He had been worried about Mr Alps when it became known that no one had heard from him.

Previously, Mr Alps had handed over some files, which he now believed to have contained a suicide note, however that was contested by the prosecution.

Advocate Ferbrache said his client had suffered family bereavement during his time on remand. His sister had died after taking an over-dose and her husband had died just a few weeks later.

In relation to the cannabis supply charge, he said Falla had initiated it.

Advocate Mark Dunster, representing Falla, pointed out that his client faced only one charge, which was a totally separate case to the firearms one.

He said there was only a modest profit to be made from the cannabis supply and £500 of that had been given to Mr Alps by McDonald. His client had not made any money from it.

Police in Guernsey said they had kept an ‘open mind’ about the cause of Alps’ death.

The theory of foul play was put forward by Andriy Gergert, commander of the eighth detached battalion of the Ukrainian Volunteer Army.

He wrote on Facebook: ‘He was tortured and burnt in the car he used for the military needs of the battalion.

‘The Sicilian Mafia is a kindergarten compared to the methods used by the Kremlin to achieve its imperialist goals.

‘For them there is no difference whether they kill in eastern Ukraine or in centre of Europe. And they won’t stop.

‘I have no doubt that this was the Muscovites.’