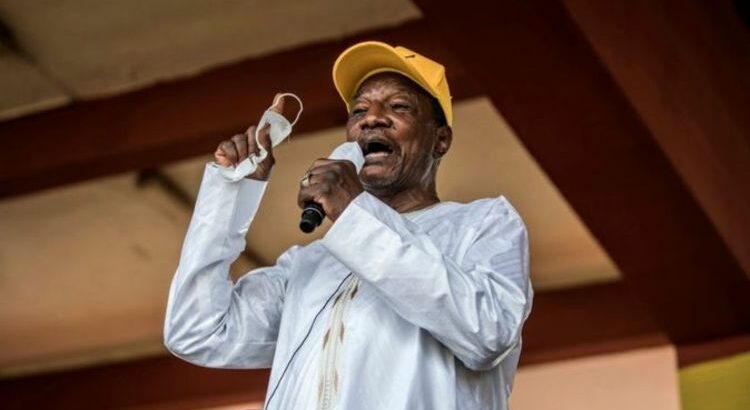 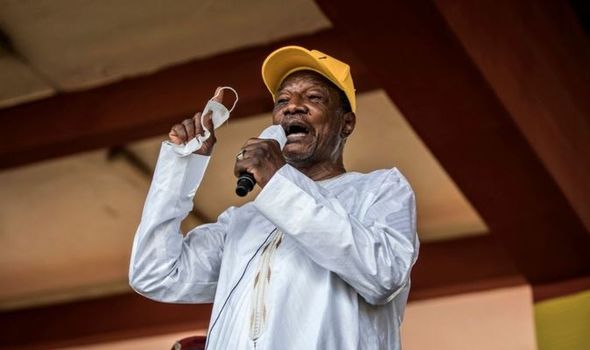 Gunfire has been heard at the presidential palace and reports are circulating that Guinea’s President, Alpha Conde, has been held captive by army special forces. Here’s the latest on the “coup” in Guinea.

Gunfire was heard in the capital of Guinea, Conkary, this afternoon.

There was reportedly an attempted coup to overthrow the country’s President, Alpha Conde.

The Guinean army special forces are believed to have led the attempt.

Eyewitnesses said they had seen troops on the street and heard heavy gunfire, as forces appeared to have tried to storm the presidential palace, the Telegraph has reported.

A number of residents saw troops on the street who instructed them to return to their homes for safety, it said.

One resident said they had seen a “column of military vehicles with excited soldiers” on board, driving towards the city centre.

“They were firing in the air and chanting their own military slogans,” the said.

It has not been confirmed as to whether the coup has been entirely successful and if the president has been overthrown.

Why has the unrest occurred?

The Government recently tried to dismiss a senior commander in the special forces.

It is thought it may have sparked the attempted coup.

The dismissal angered some of the country’s highly trained special forces members.

It may have provoked them to rebel and to try and occupy the palace, as well as overthrow their president.

However, the exact reason behind the coup has yet to be confirmed, as no spokesperson for the rebels has come forward to justify their attack.

Such military unrest isn’t uncommon in Guinea, one of the world’s poorest countries.

Despite its vast mineral resources, the country has long been devastated by political instability.

In 2020 the military allegedly tried to rebel the day before the presidential election.

An assassination attempt was made against President Conde in 2011.

The 83-year-old survived the attempted assassination, but his presidency continues to prove controversial.

President Conde defied his country’s constitution to win a third term in office after hastily pushing through a new constitution in March 2020.

It allowed him to bypass Guinea’s two-term limit, much to the anger of many Guineans.