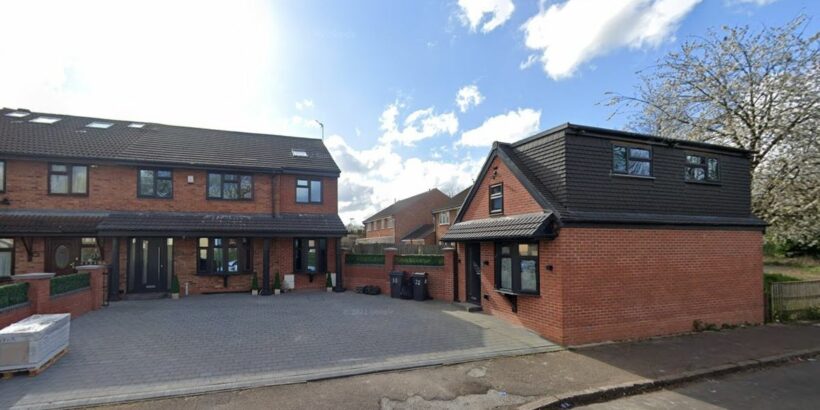 A Birmingham resident who built a property on his driveway without planning permission has been ordered to tear it down.

The building was constructed on a drive in Vaughton Street and looks to be a small house in the same style as the main residence – a far cry from a garage which would have been permitted on the site.

Birmingham planners approved an application for a single-storey garage with a footprint of 5.3m x 4.6m and a height of 3.6m in 2019, but the building far exceeds that, reports Birmingham Live.

READ MORE: Bloke spends £6k turning fire engine into campervan and even takes kids to school in it

Following an unsuccessful appeal, the homeowner was told to demolish the new building in April. Inspector Thomas Shields, appointed by the Secretary of State, wrote in his report: "It is substantially larger than the approved building. It is not a minor difference.

"Instead of single-storey, the appeal building is 1.5 storey and has two rooms in the roof, facilitated by an almost full-width box dormer.

"All of these differences, between what was approved, and what has been built, are not minor. Since the appeal building bears little resemblance to the scale and design of the approved single-storey garage, it does not benefit from that planning permission.

"The requirements of the notice are: demolish the entire unauthorised detached structure and remove all demolished building materials and rubble from the premises."

The appellant were given until July this year to demolish the building after being told he was in breach of the original planning permission.

However, the building still stands at time of publication. The homeowner refused to comment when approached by Birmingham Live.

A Birmingham City Council spokesperson said: "We served an EN (enforcement notice) for the demolition of the unauthorised structure when the owner lost at appeal. We are in discussions with the owner re timeline. Compliance with the notice was due by July 1, 2022."