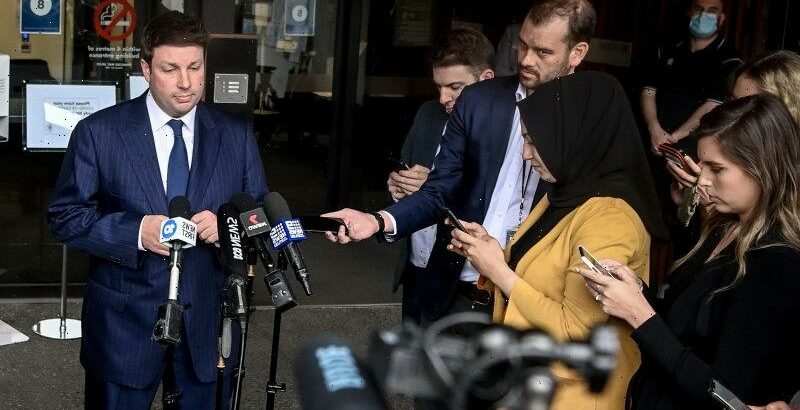 Victorian Liberal MP Tim Smith has never been one to hide his ambition. When he was 12, and captain of the Scotch College grade 6 cricket team, he was quoted saying he intended to lead every team he played in.

It was not just Mr Smith who believed in his future. Federal Health Minister Greg Hunt once said of him: “He’s a very impressive young man. He’s whip smart, has excellent judgment and works phenomenally hard. I reckon he’s going to be premier of Victoria one day.”

He has certainly led a charmed life. Raised in Camberwell, he was educated at Scotch, attended Ormond College at Melbourne University, and spent five years as an elite rower, bringing home bronze for Australia from the 2004 world championships. The youngest mayor of Stonnington council, he entered state politics by toppling Mary Wooldridge during preselection in the seat of Kew with the backing of Treasurer John Frydenberg and former state Liberal president Michael Kroger. 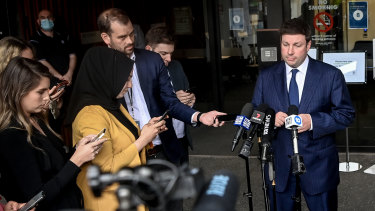 But in a striking case of political self-destruction, Mr Smith was caught driving at more than twice the legal blood-alcohol limit after crashing his Jaguar into another vehicle, then into a fence outside an eight-year-old child’s bedroom.

The following day, hoping to limit the fallout, he apologised for a “serious error of judgment” and resigned from his position as shadow attorney-general. That was, however, never going to wash for a politician with a take-no-prisoners reputation that had garnered him more than his share of enemies across both sides of the political aisle.

A serious drink-driving offence is rightly damaging, but it need not always be the end of someone’s career, even a political career in which standards of behaviour should be high.

In life, there can be redemption and personal change, but then there’s politics.

With recent polling showing Opposition Leader Matthew Guy gaining ground on Premier Daniel Andrews, the last thing he needed was a politically wounded MP hanging around. By Tuesday, Mr Guy pulled the trigger, telling the media he had driven to the Mornington Peninsula to give Mr Smith his marching orders: “I made it very clear to Tim that he wouldn’t find his way onto the frontbench of any parliamentary Liberal Party that I lead. And I made it clear that I didn’t want him to nominate at the next election, and that I didn’t believe he should nominate for the seat of Kew.”

That is as definitive a statement as any leader could make. But Mr Smith was not going to play ball. The next day, he faced a grilling from Neil Mitchell on radio 3AW and fronted a media conference to argue that he wanted time to reflect and speak with his Kew constituents before deciding whether to bow out. His efforts became pantomime when he deflected questions over whether Mr Guy had asked him to step aside. In a baffling leap of logic, Mr Smith denied his leader was lying, but refused to confirm that he had been told to vacate his seat.

This is not politics as usual. When the leader of a party publicly tells one of their MPs to go, it’s normally time to start writing the political obituary. But Mr Smith, it seems, has little intention of going quietly. And he appears to have the backing of some senior Liberals in Canberra, including Mr Frydenberg, who want him to stay put.

It’s the worst-case scenario for Mr Guy. Every day Mr Smith spends time “reflecting” is a day that Mr Guy’s authority is diminished in the eyes of his party and the wider public.

Whether you believe Mr Smith deserves a second chance or not, the political reality is that his career in state politics is over.

During his maiden speech in Parliament, Mr Smith thanked “the Leader of the Opposition, Matthew Guy, who will be this state’s next Liberal premier”. If Mr Guy has any chance of that coming to fruition, Mr Smith must call it a day.