Footage shows two cops restraining a man in a McDonald's in Hackney, east London, last night as a baying crowd scream and shout. 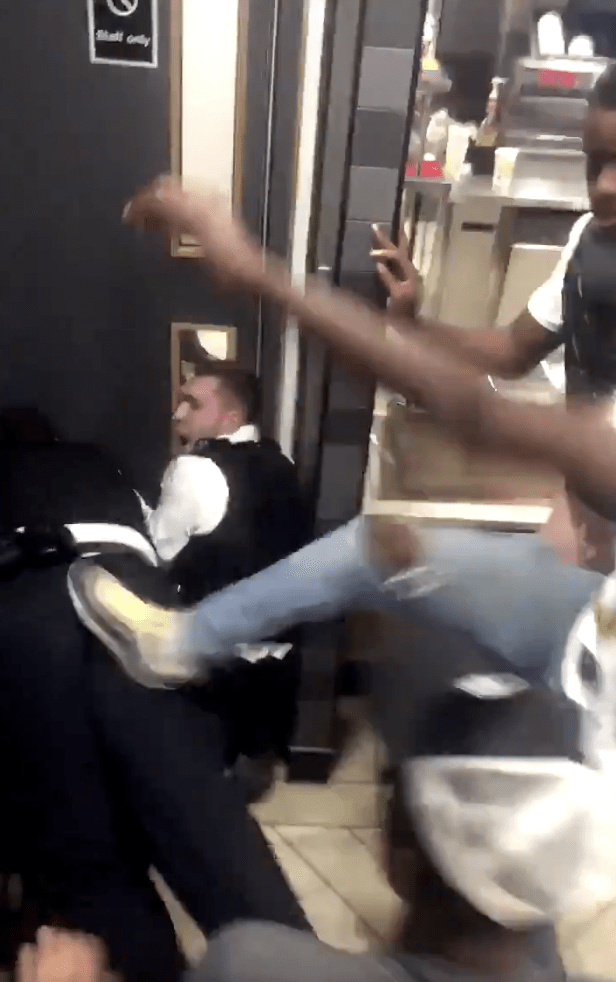 One of the officers then appears to raise a Taser to subdue the suspect as someone in the crowd shouts out: "They're going to kill him".

A man then launches himself at the cop – kicking him twice as he struggles with the suspect on the ground.

After being kicked again, he shouts: "get the f**k off me" as staff, who had set off a panic button in the restaurant, watch on.

One officer had to be treated for an ankle injury while the other suffered cuts to his face. 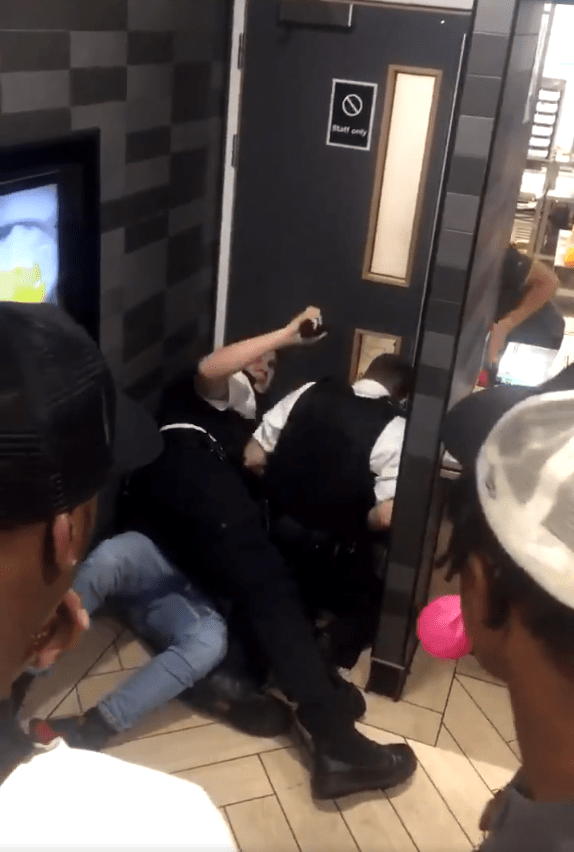 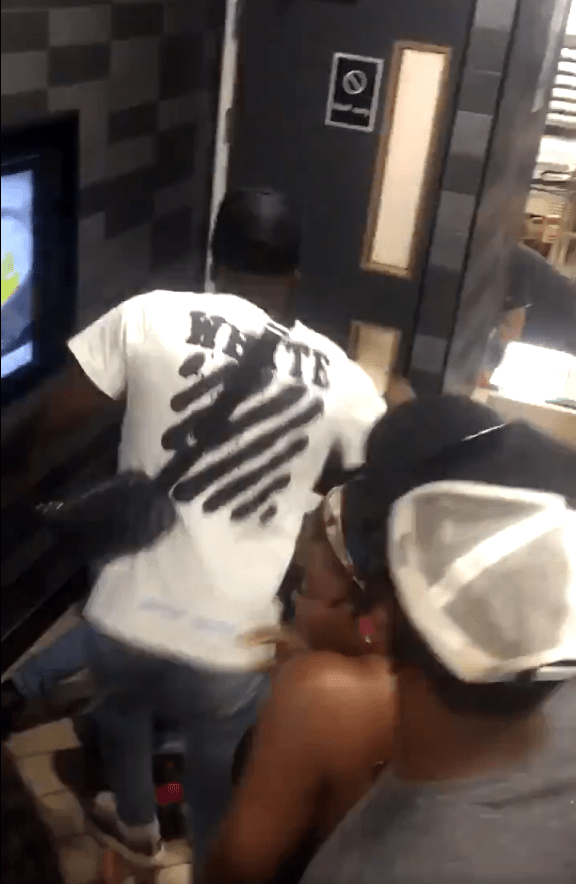 The footage was posted on Twitter with the caption: "Meanwhile.. in hackney #NottingHillCarnival".

Hackney Police are now appealing to find the "tough man" in the footage and haven't arrested anyone in connection with the assault.

The force tweeted: "If the 'tough man' who feels it's acceptable to kick my colleague in the back, not once but twice when trying to arrest someone, feels any sort of remorse, get in touch too before we track you down. #ProtectTheProtectors". 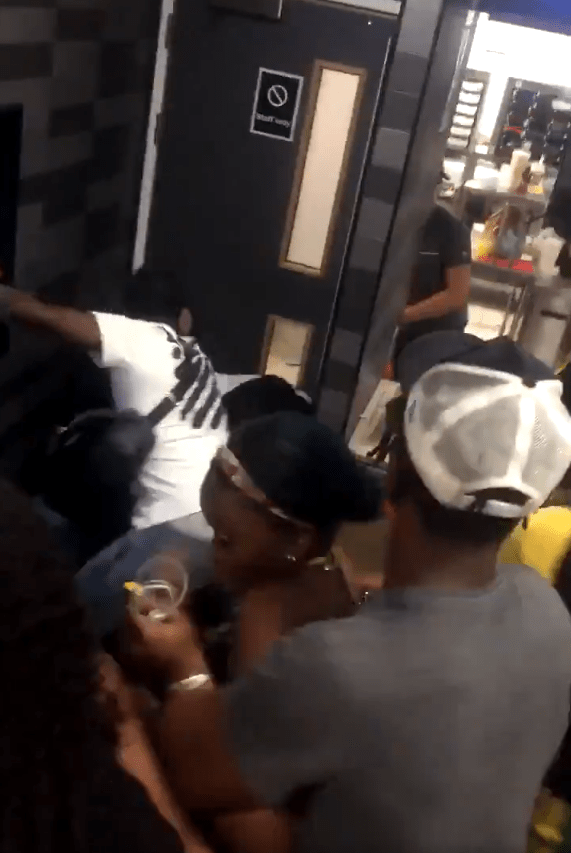 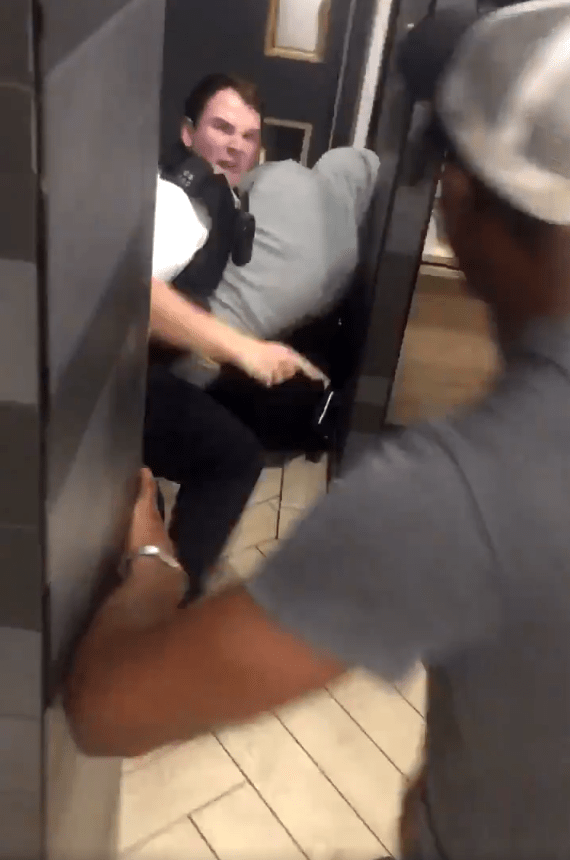 Responding to social media users who questioned the amount of force they were using, they added: "Man got assaulted, not once but twice whilst trying to arrest someone.

"Think you miss the point here."

The Metropolitan Police confirmed they were called to the restaurant at around 10.40pm last night after staff raised the alarm when the suspect fought with customers.

The 30-year-old man was arrested for an assault on police and taken to a north London police station where he is currently detained.

Acting Borough Commander Steve Johnson of the Central East Command Unit, said: “Two officers, who were responding to a call to protect the public have been repeatedly assaulted.

"This is an unacceptable, nasty incident, with my officers being kicked while they were on the floor just trying to do their job.

Any witnesses or anyone with any information is asked to call police on 101 or contact via Twitter @MetCC. Quote CAD 7430/28AUG.