A HAIRSTYLIST alleges that a "drunk" Cuba Gooding Jr tried to kiss her and her best pal in a nightclub before bragging about his love of threesomes.

The revelation is the latest in a growing list of sexual misconduct accusations levelled at The Jerry Maguire star – all of which he has vehemently denied. 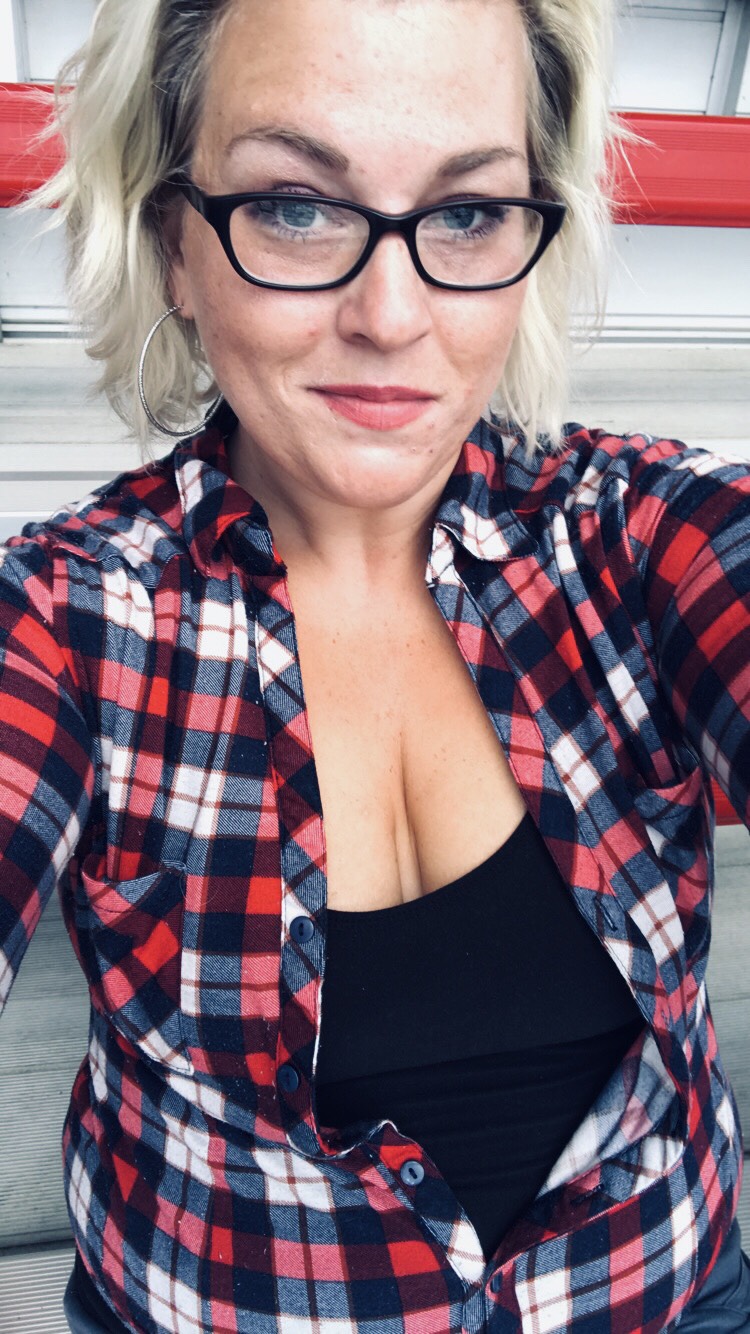 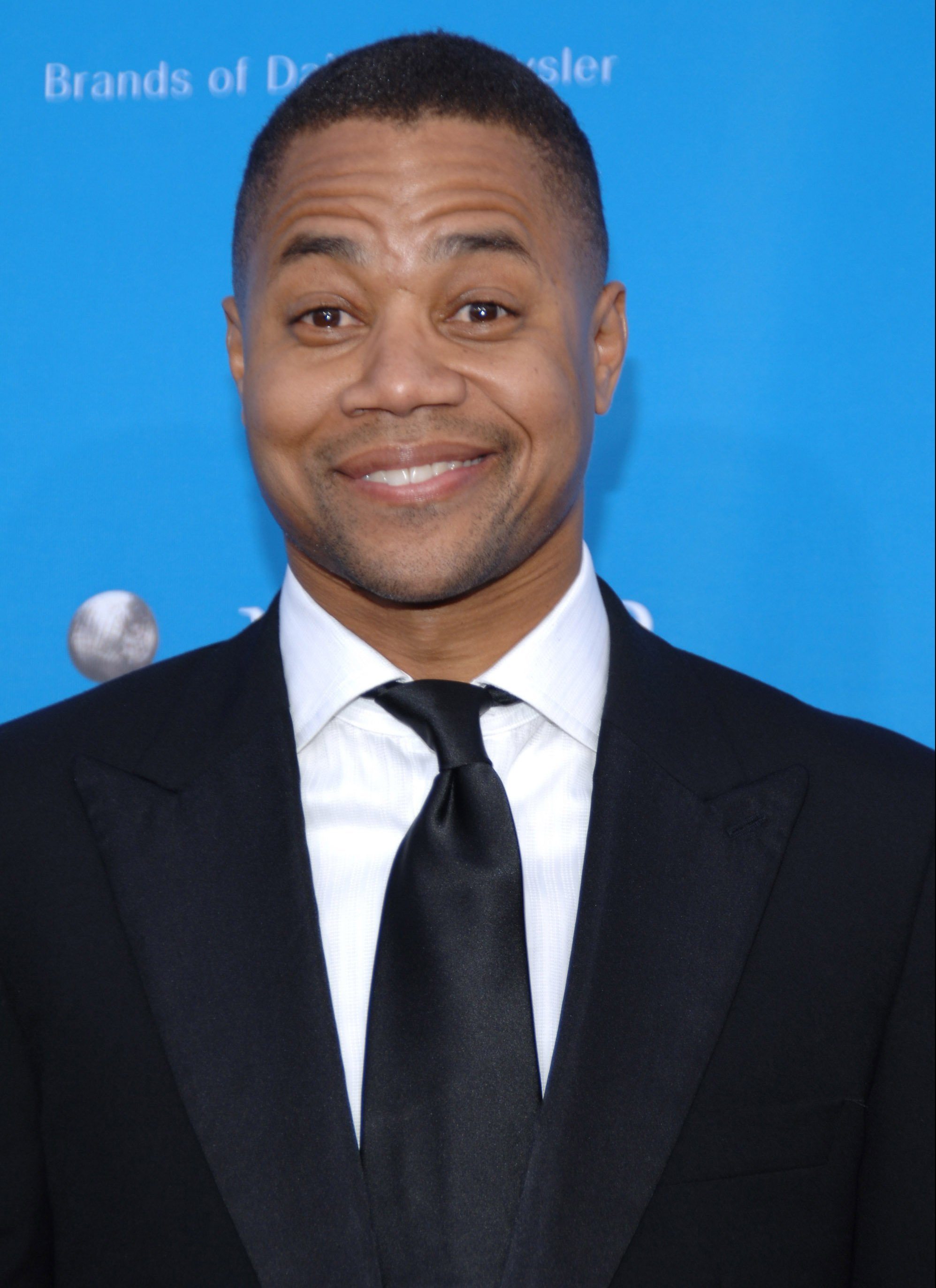 Hairstylist Renee Miller, 32, said she was enjoying a girls' night out at The Vault, a "cannabis dispensary" in Spokane, Washington state, in February 2010.

She was with her best friend Asia Collins, 33, when the pair spotted Gooding Jr, 51, in the club.

Renee said that the actor, who was in town shooting The Hit List, was clearly inebriated.

The hairstylist claimed that Gooding Jr, then married to high school sweetheart Sara Kapfer, described cheating on his wife and his love of young women.

Allegedly describing Kapfer as "really controlling", he reportedly told the two women that he "didn't love her and that he liked being with other women".

Renee added: "We tried to take a picture at one point and he ducked down and said he couldn't be in any pictures because he was worried that his wife would be mad that he was out partying.

"He said Spokane had really pretty girls and he asked where we were from." 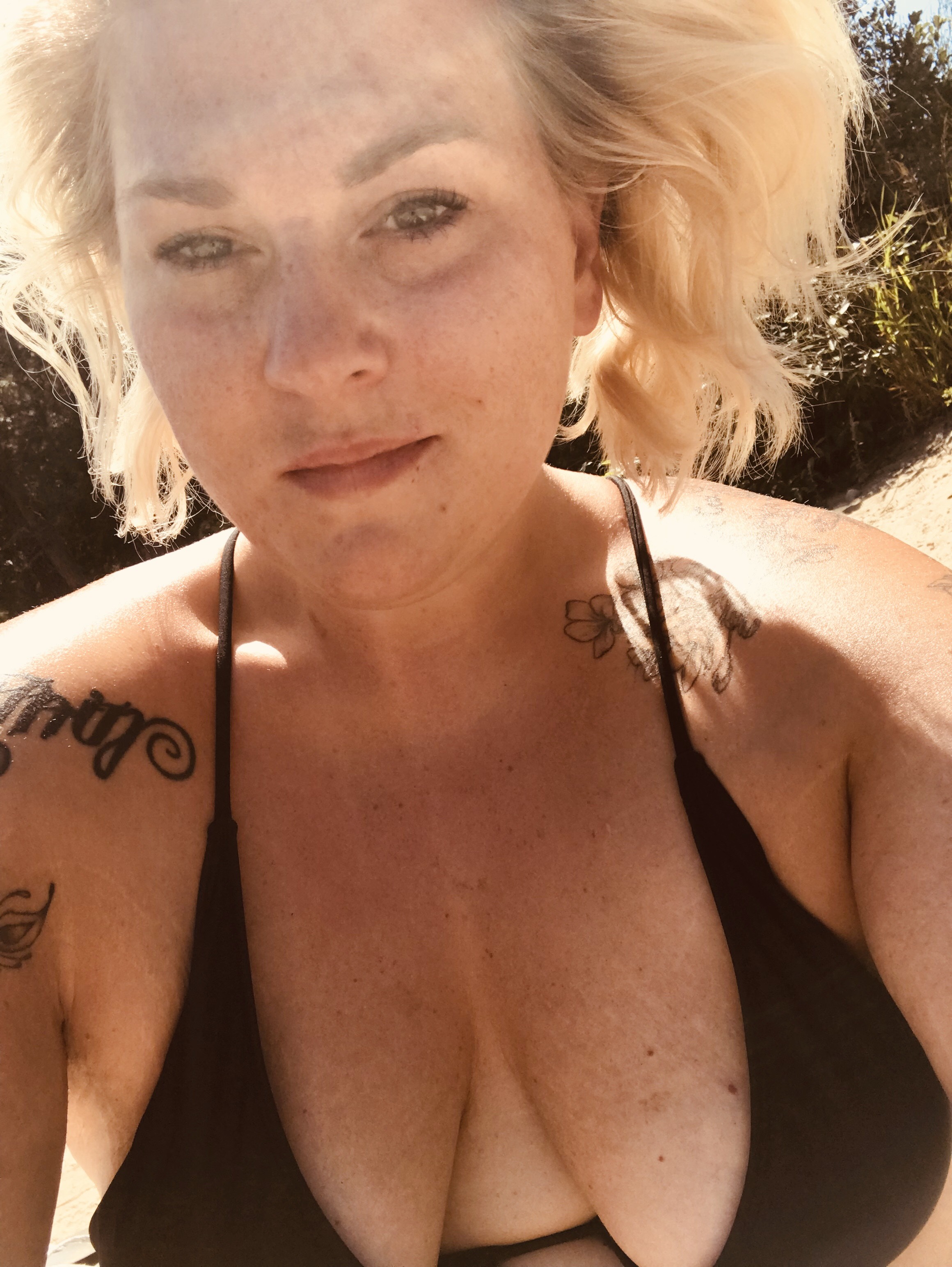 She said that Gooding Jr, "looked kind of haggard. Then he started talking about the things he was into sexually. He said he liked threesomes and he especially liked young women."

Renee said that Gooding Jr tried to kiss Asia, also a hair stylist, and, when she pushed him off, he allegedly turned his attentions to Renee.

She claimed: "He kissed my friend on the mouth and she turned him down. He turned to me and said: 'What about you then?'

"He came to give me a hug and I thought it would just be a cheek kiss but it was a mouth kiss.

"We were shocked and went to the bathroom."

When the women emerged from the toilets, "two security guards were leading him out and he asked if we wanted to go to his nearby hotel with him.

Renee added that the odd encounter left her feeling "dirty". 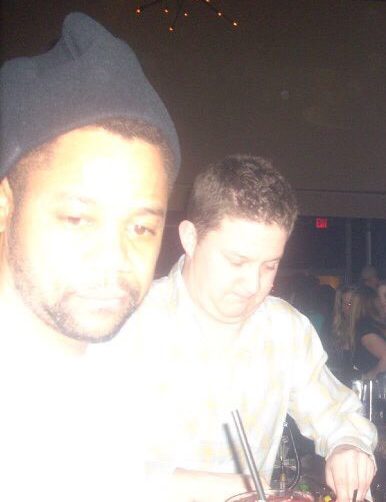 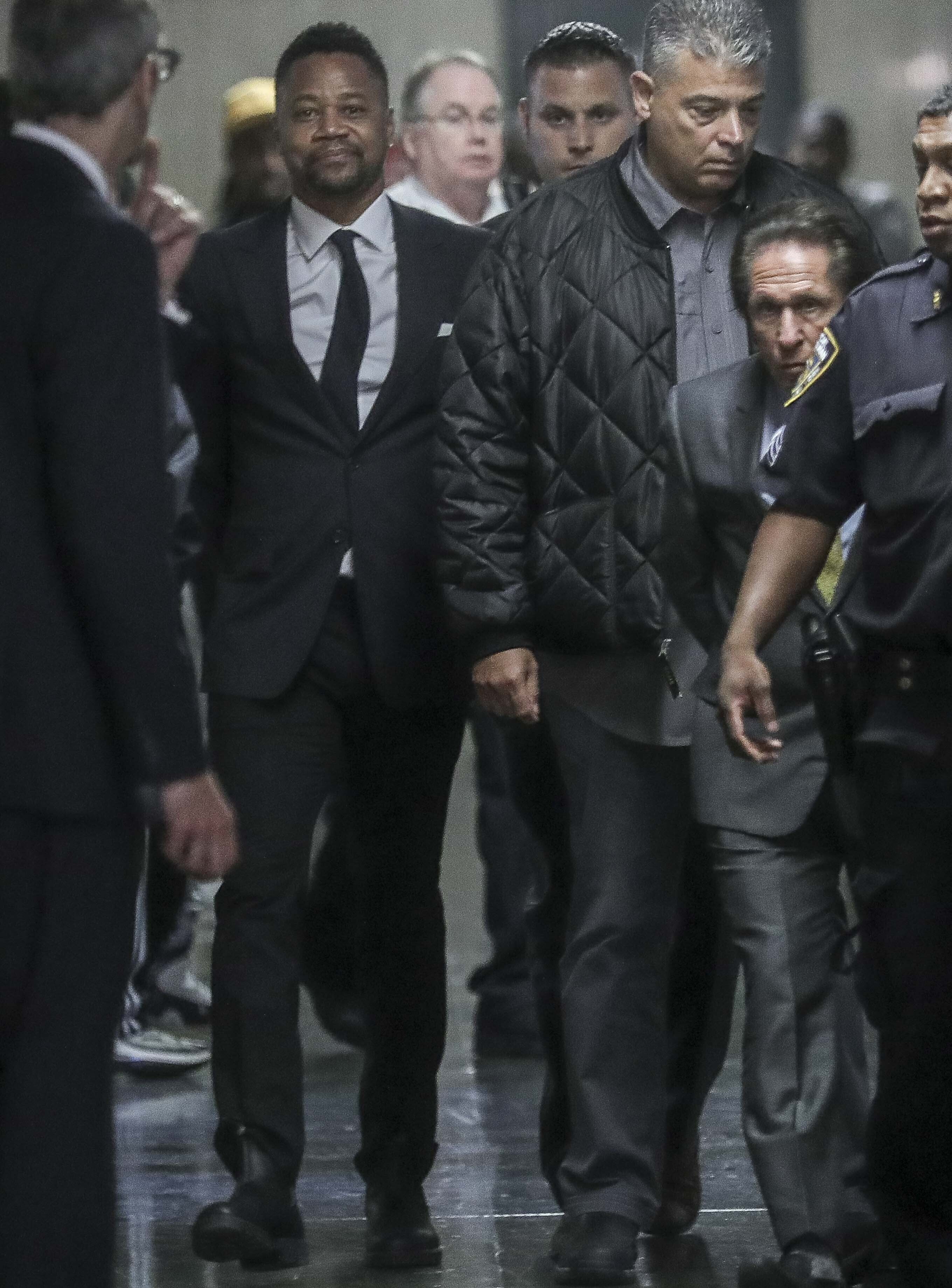 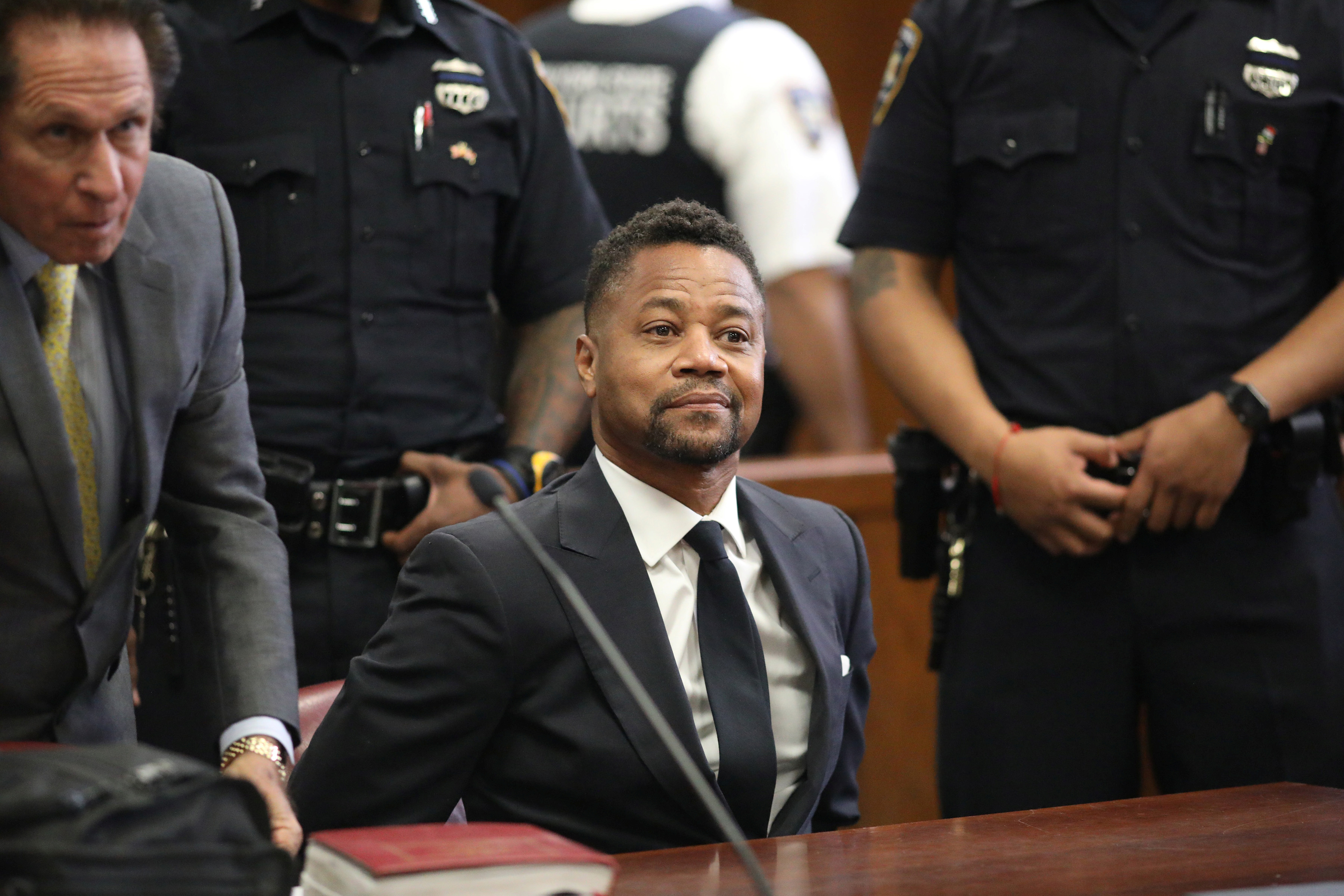 She said: "I used to watch him in movies and I really looked up to him [but] I hate him now."

The Sun Online has contacted Cuba Gooding Jr's agent and lawyers for comment.

The Associated Press reports that, on October 15, prosecutors unveiled new criminal charges against the actor and told a judge they intend to have up to a dozen women testify against him.

Gooding Jr pleaded not guilty to an indictment that included the new charges, which alleged he pinched a woman's buttocks at a Manhattan nightclub in October 2018 after making a sexually suggestive remark to her earlier in the night.

The case started with the star's arrest in June after a woman, 29, told police that the actor, squeezed her breast without her consent at a Manhattan night spot. No trial date has yet been set.

But Gooding's lawyer, Mark Heller, argued the case against him is an example of the #MeToo movement run amok and that overzealous prosecutors are looking to turn "commonplace gestures" into crimes.

After the star's appearance in court, Heller told reporters outside the courthouse: "We are shocked, outraged and absolutely dumbfounded that the district attorney's office has wasted the taxpayers' money, resources and time in charging Cuba."

Gooding was released and didn't comment as he left court, where he was seen winking at well-wishers.

AP says that his pending trial – the date of which has not been set – is expected to see prosecutors "bolster their case with a parade of potential witnesses who say he violated them in similar settings bars, hotels and restaurants as far back as 2001".

Some of the alleged incidents happened outside of New York City, in Los Angeles, Dallas and Albuquerque, New Mexico, and some are outside of the statute of limitations.

None have resulted in criminal charges, but state law allows prosecutors to call accusers not involved in the criminal case as witnesses as they look to show a pattern of misconduct.

Gooding Jr prosecutor Jenna Long asked the judge for permission to have the women testify, in regards to "their lack of consent".

The judge, Curtis Farber, said he would rule on her request in December.

The actor's trial, on the June allegation, had been scheduled to begin this month.

Heller told the court: "The district attorney's office has tormented Mr Gooding knowing his career and his life are on hold by cruelly delaying [this case]."