PORT-AU-PRINCE (Reuters) – Haiti’s voodoo leaders have trained priests of the Afro Caribbean religion to concoct a secret remedy for the novel coronavirus and to prepare the sacred initiation chambers of their temples to receive patients. 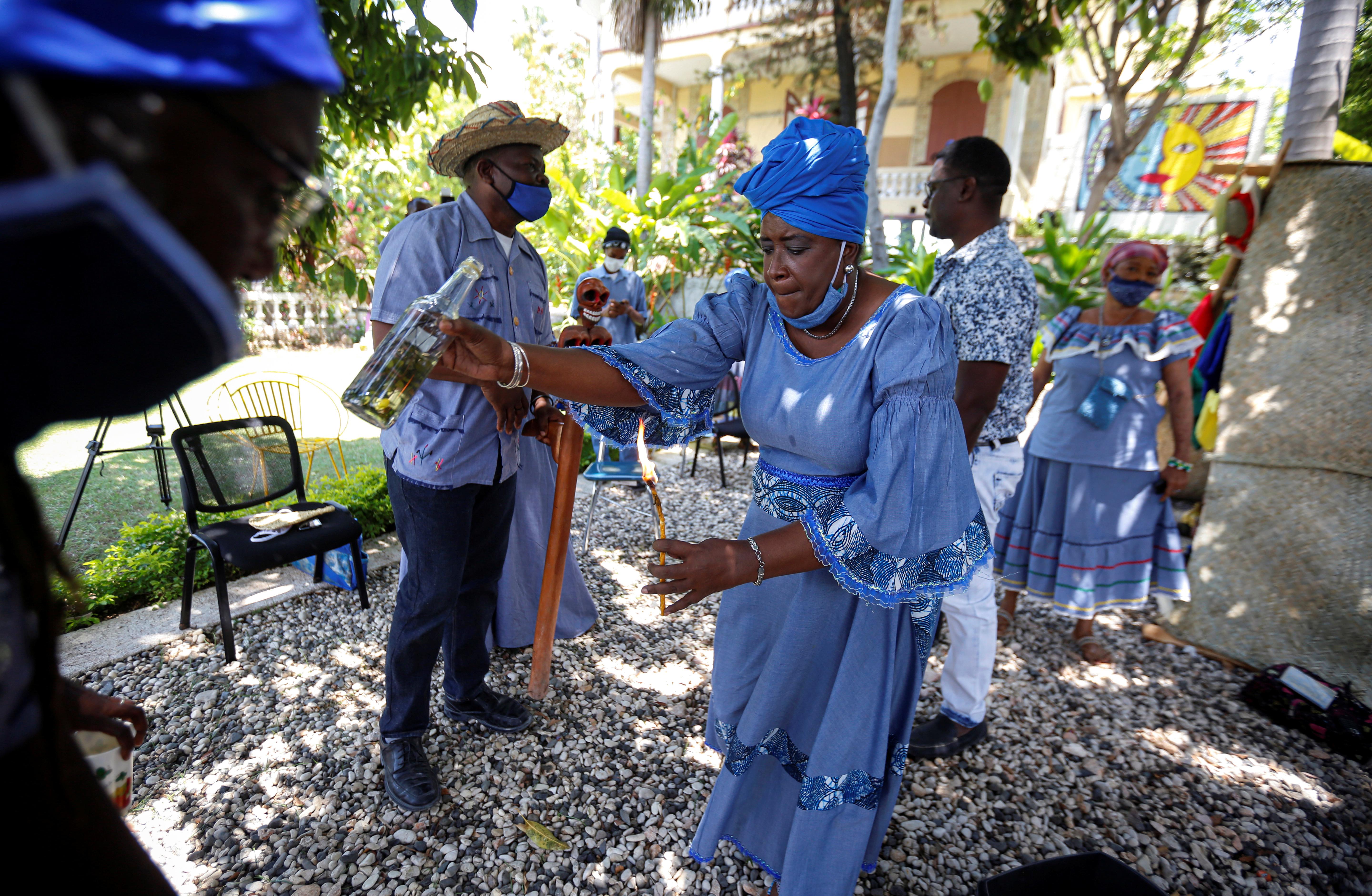 In Haiti, where Western healthcare services are scarce and too expensive for many, inhabitants often rely on the herbal remedies and ritual practices of their voodoo “houngan” priest or “mambo” priestess.

Draped in necklaces of colorful beads, Haitian Voodoo “Ati” or supreme leader Carl Henri Desmornes said in an interview at his “gingerbread house” in Port-au-Prince he knew there would be a deluge of patients at their temples.

While the virus took root slowly in the poorest country in the Americas, in the last two weeks the number of confirmed cases has nearly quintupled to 865 while reports of a mysterious “fever” are spreading.

“Voodoo practitioners – the Houngans and Mambos in particular – have the responsibility to look after the wellbeing of the population,” said Desmornes, 60, who was a music promoter before becoming the Ati. “They have received the powers and the knowledge to put in practice.”

More than half of Haiti’s 11 million people are believed to practice voodoo, a religion brought from West Africa centuries ago by enslaved men and women and practiced clandestinely under French colonial rule.

Ever since the first cases of the new coronavirus were confirmed in Haiti in mid-March, Voodoo priests have been serving up teas with ingredients including moringa, eucalyptus, ginger and honey to strengthen the immune system.

“We live in a country where the health system is not able to respond to the challenge of the pandemic, so we rely on natural remedies instead,” said Mambo Lamercie Charles as she ladled out potion. “I consider my temple a clinic”.

Voodoo deputy leader Euvonie Georges Auguste said the community, inspired by the “Loas” (spirits), has also come up with a potion for COVID-19 symptoms that they had taught priests virtually to prepare and administer.

The community had identified 1,000 voodoo temples that had a “Djèvo” – a sacred chamber used for initiation rituals – that was separate to the worship chambers and could be used to isolate up to 15 patients each, she said.

Auguste said it was a shame President Jovenel Moise had highlighted Madagascar’s self-proclaimed, plant-based “cure” for COVID-19 rather than Haitian voodoo treatments.

“This attitude shows he is a victim of the system that still bears the scars of slavery,” she said.

Voodoo is closely identified with Haiti’s struggle for independence but has worked hard for legitimacy. It only won recognition as an official religion in 2003 under President Jean-Bertrand Aristide.

Haiti’s voodoo practitioners in the past have criticized Moise for appealing publicly to Christianity’s god rather than to Voodoo’s spirits.

Sometimes misrepresented in Hollywood and pulp fiction as a black magic cult, it suffers from stigma. Some evangelical preachers blamed the 2010 earthquake on voodoo while mobs lynched at least 45 houngans and mambos they blamed for bringing about the subsequent cholera outbreak with their spells.

Voodoo priests have appeared on television and radio shows to make clear they are not responsible for coronavirus and are ready to fight it.

Still, Desmornes said maybe the pandemic carried a message for the world – one difference between voodoo and Western medicine is that it seeks meaning in illness. Perhaps it was a warning sign, Desmornes said, that humans were like a virus to other beings on earth.

“My hope is that after corona … instead of transforming all we touch, transforming nature, we look instead to live in harmony with it,” he said.