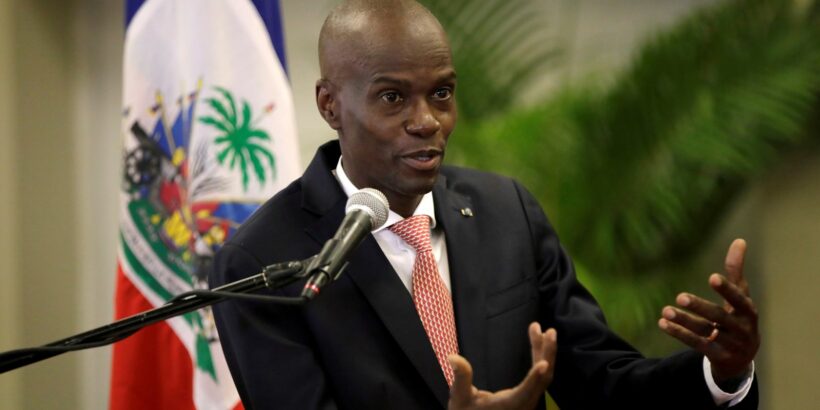 Joe Biden has condemned the “heinous” assassination of Haitian President Jovenel Moise and the wounding of his wife Martine at their home.

The US president called the attack “worrisome” and said his administration needed more information on what happened.

“We condemn this heinous attack and I am sending my sincere wishes for First Lady Moise’s recovery,” Mr Biden said in a statement.

“The United States offers condolences to the people of Haiti and we stand ready to assist as we continue to work for a safe and secure Haiti.” 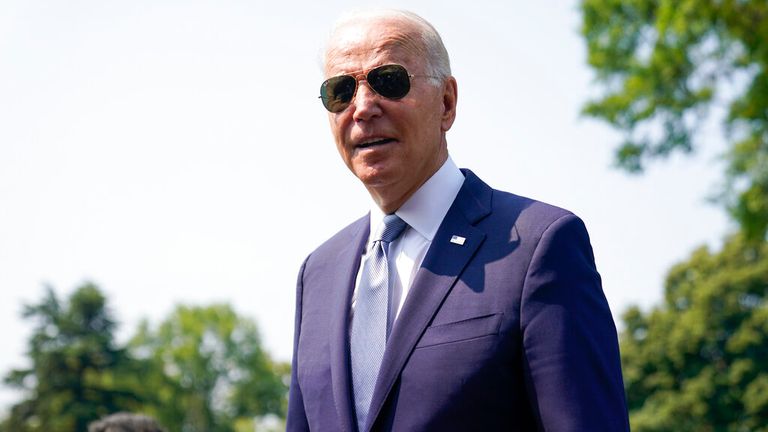 A group of unidentified individuals attacked the private residence of Mr Moise, 53, overnight and shot him dead, the country’s interim prime minister Claude Joseph said in a statement on Wednesday.

First lady Martine Moise was also shot in the attack and was hospitalised and it was not immediately clear who was behind the assassination.

Mr Joseph said the police and military were in control of security in Haiti, where a history of dictatorship and political upheaval has long stymied the consolidation of democratic rule.

The incident has sparked fears of a breakdown in order in the impoverished Caribbean nation – which is already reeling from rampant gang violence and facing a constitutional crisis along with rising coronavirus cases.

In February, Sky News Chief Correspondent Stuart Ramsay reported from Haiti about the violence and unrest gripping the nation. 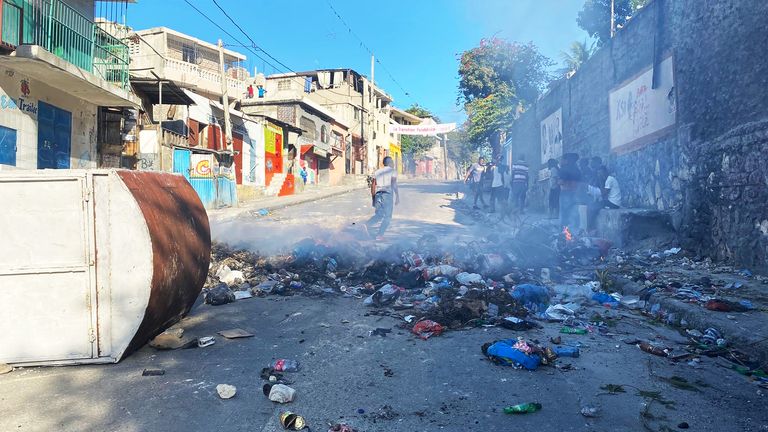 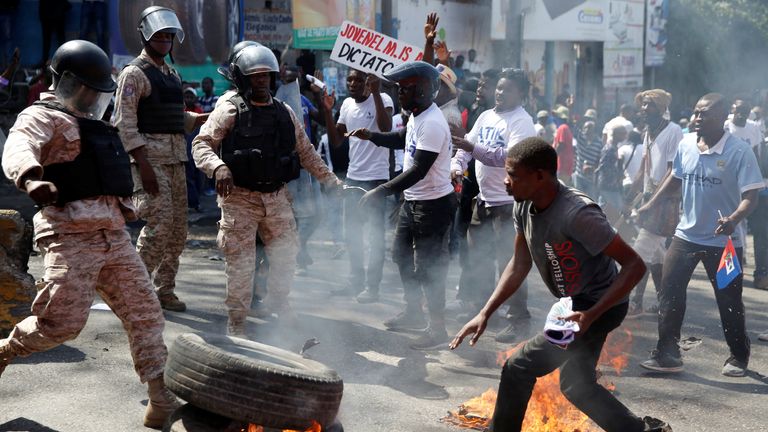 Members of the US Congress also condemned the attack, with Republican Senator Marco Rubio calling on the Biden administration to help bring the killers to justice.

The opposition in Haiti had accused the US – which is Haiti’s top foreign donor – of being lenient towards Mr Moise, given his support for American foreign policy. Mr Moise’s assassination has drawn shock and condemnation from leaders across the world, along with calls for calm and unity in Haiti.

UK Prime Minister Boris Johnson tweeted: “I am shocked and saddened at the death of President Moise. Our condolences are with his family and the people of Haiti. This is an abhorrent act and I call for calm at this time.”

Colombian President Ivan Duque also condemned the killing, describing it as a “cowardly act”, and expressed solidarity with Haiti.

He called for an urgent mission by the Organisation of American States “to protect democratic order”.

Josep Borrell, the European Union’s foreign policy chief, tweeted that “this crime carries a risk of instability and (a) spiral of violence”.

Canadian Prime Minister Justin Trudeau said: “I strongly condemn the appalling assassination of President Moise this morning. Canada stands ready to support the people of Haiti and offer any assistance they need.”

French Foreign Minister Jean Yves Le Drian said the killing of Mr Moise was a “cowardly assassination”, adding: “All light must be cast on this crime that took place in a deteriorating political and security climate.

“I call on all actors in Haitian political life for calm and restraint.”

Mr Moise had been ruling by decree for more than a year after the country failed to hold elections, with the opposition calling for him to step down.

Haiti had grown increasingly unstable and disgruntled under his rule, with an eruption of violent protests, kidnappings and organised crime.

But Mr Moise and his supporters maintained that his term began when he took office in early 2017, since an interim government ran the country for a year after his election victory in 2016.

Haiti was scheduled to hold general elections later this year.