The partakers stripped down to underwear and Santa hats as they braved below freezing temperatures earlier today. 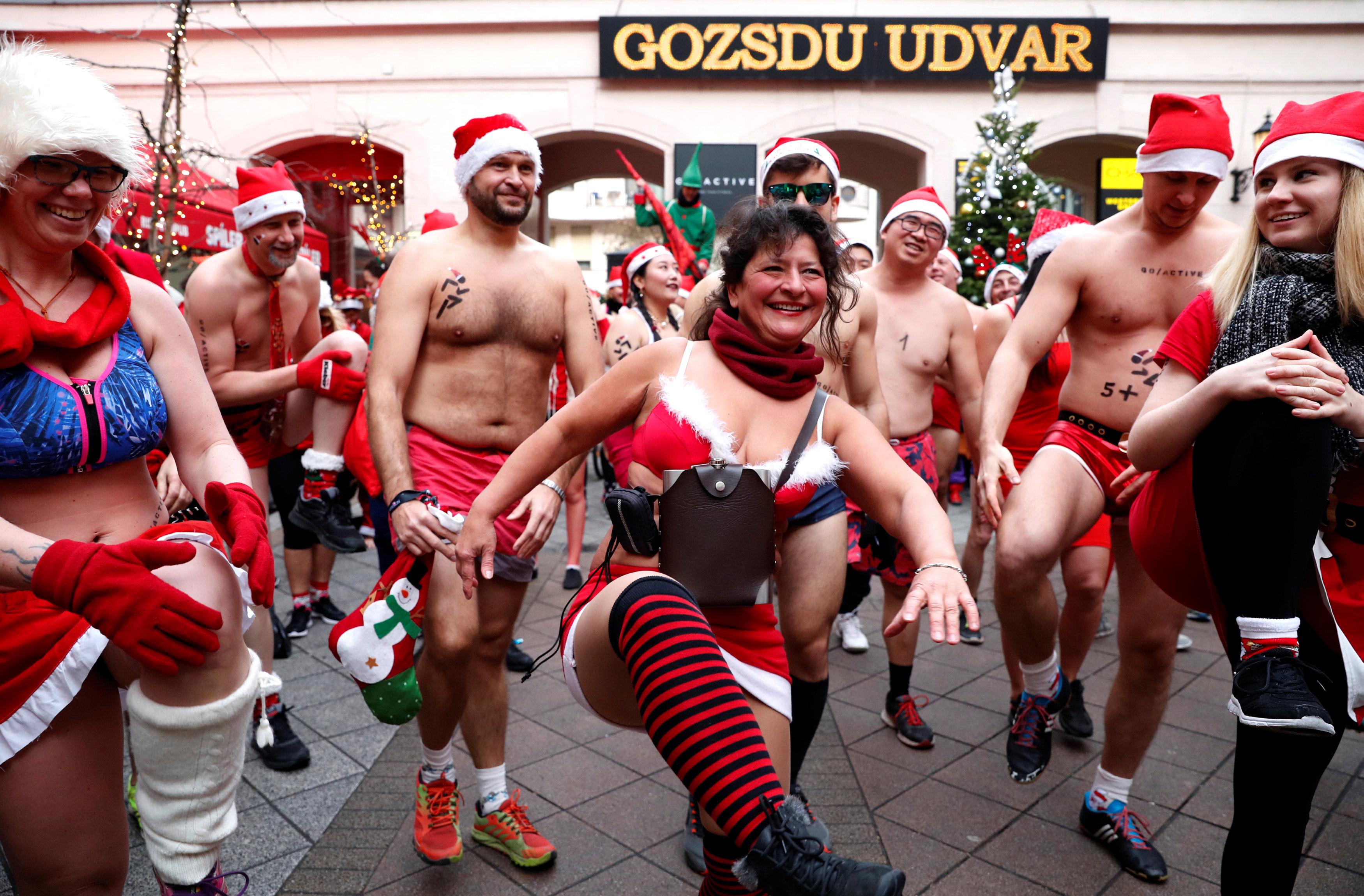 Charity go-ers danced, ran, walked and laughed on the streets of Budapest, while others opted to simply raise money for the chosen charity.

Many people had the names of their charities written on their bellies, while others were dressed in full Santa outfits.

Some were seen wearing crazy socks, scarves and even underwear.

Others decided to manipulate the "run" part of the event into using a scooter throughout the race. 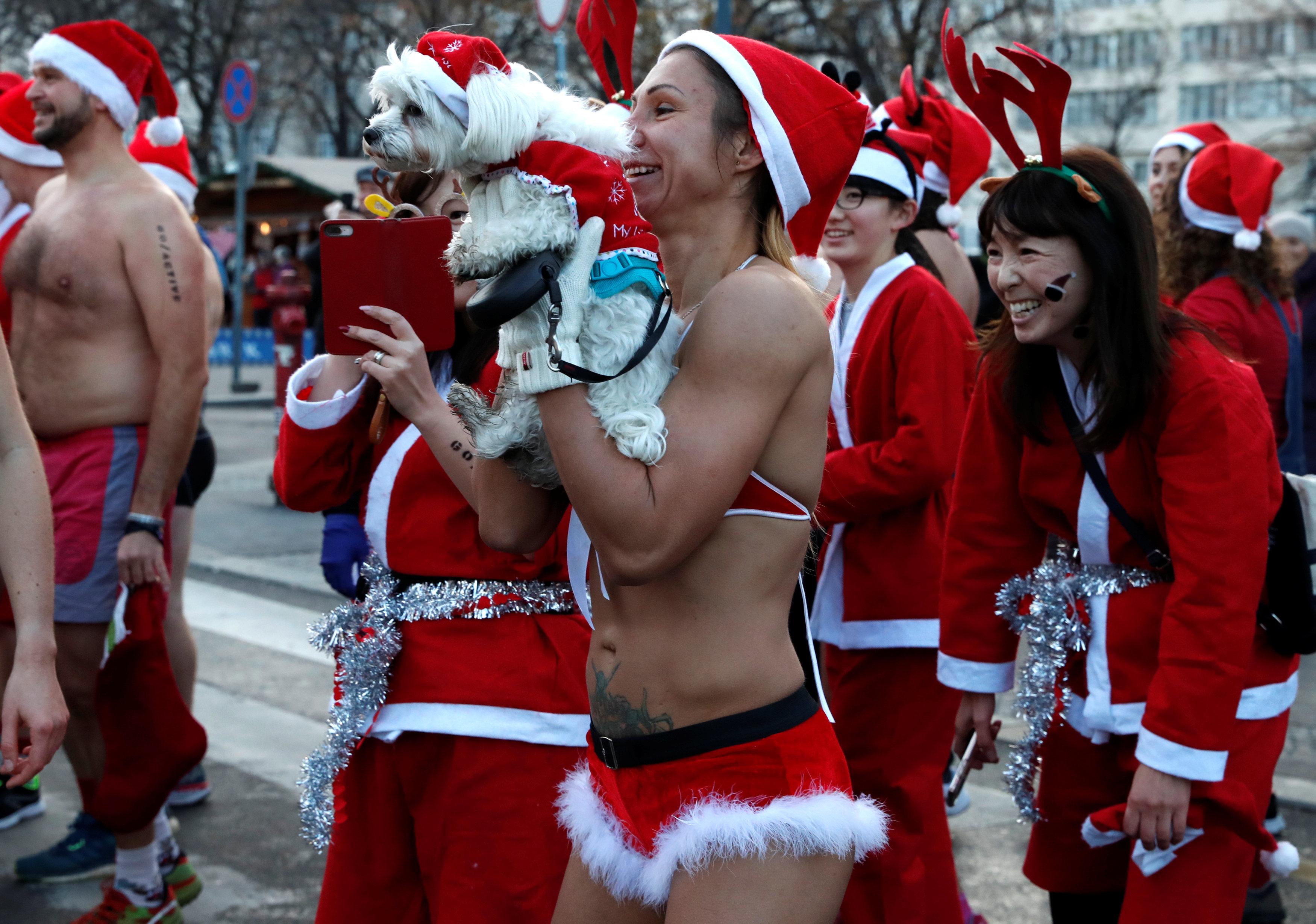 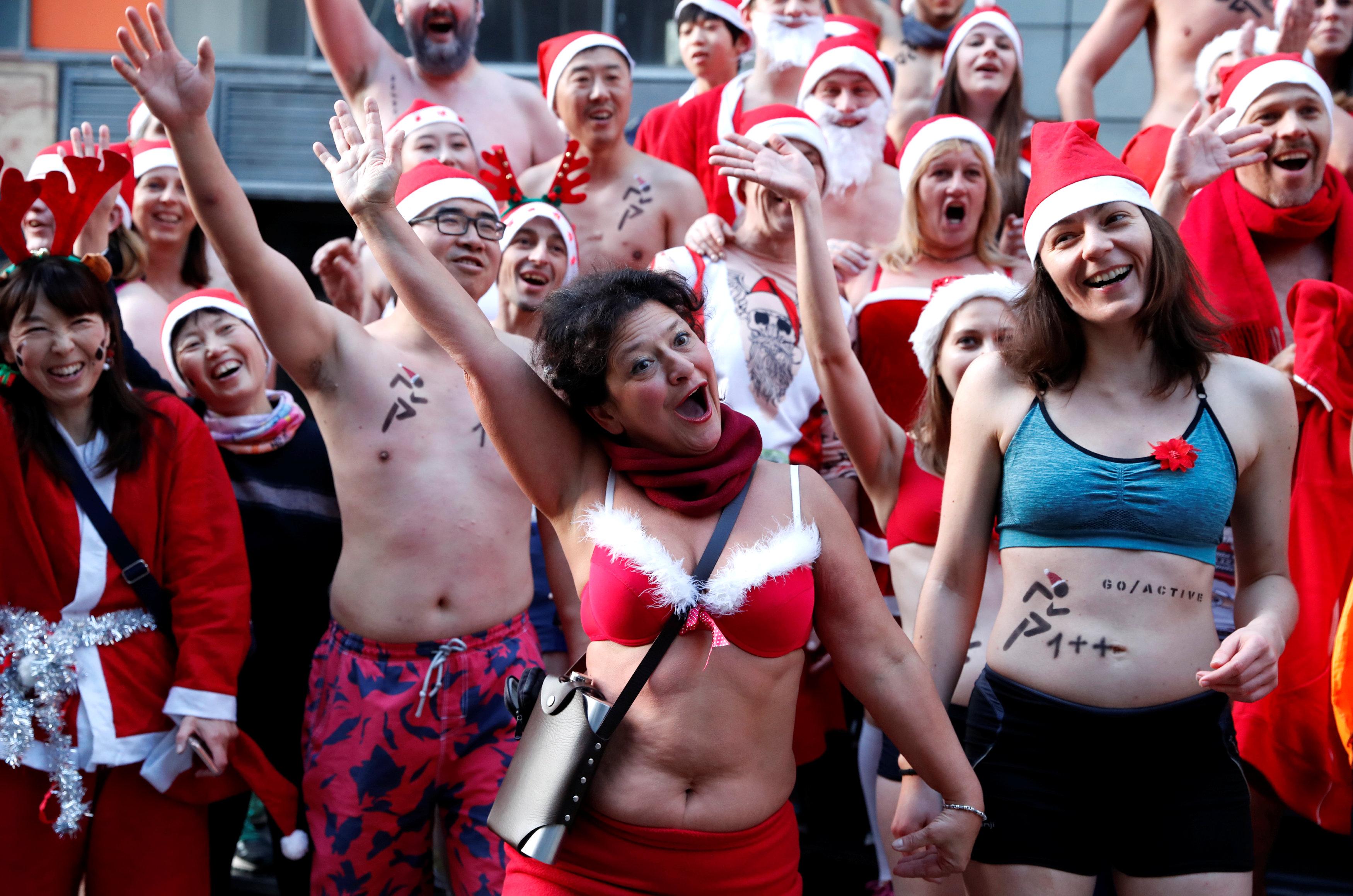 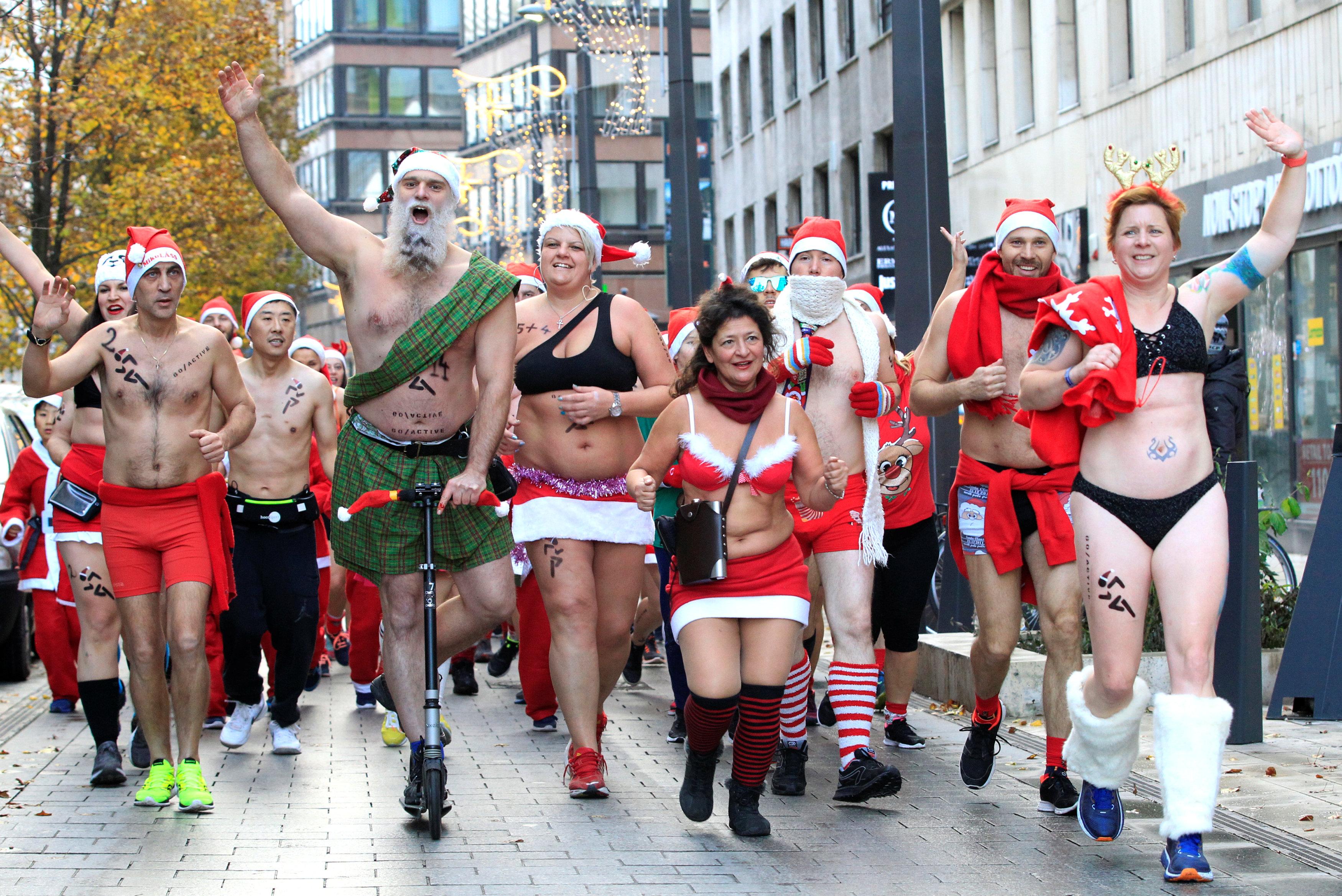 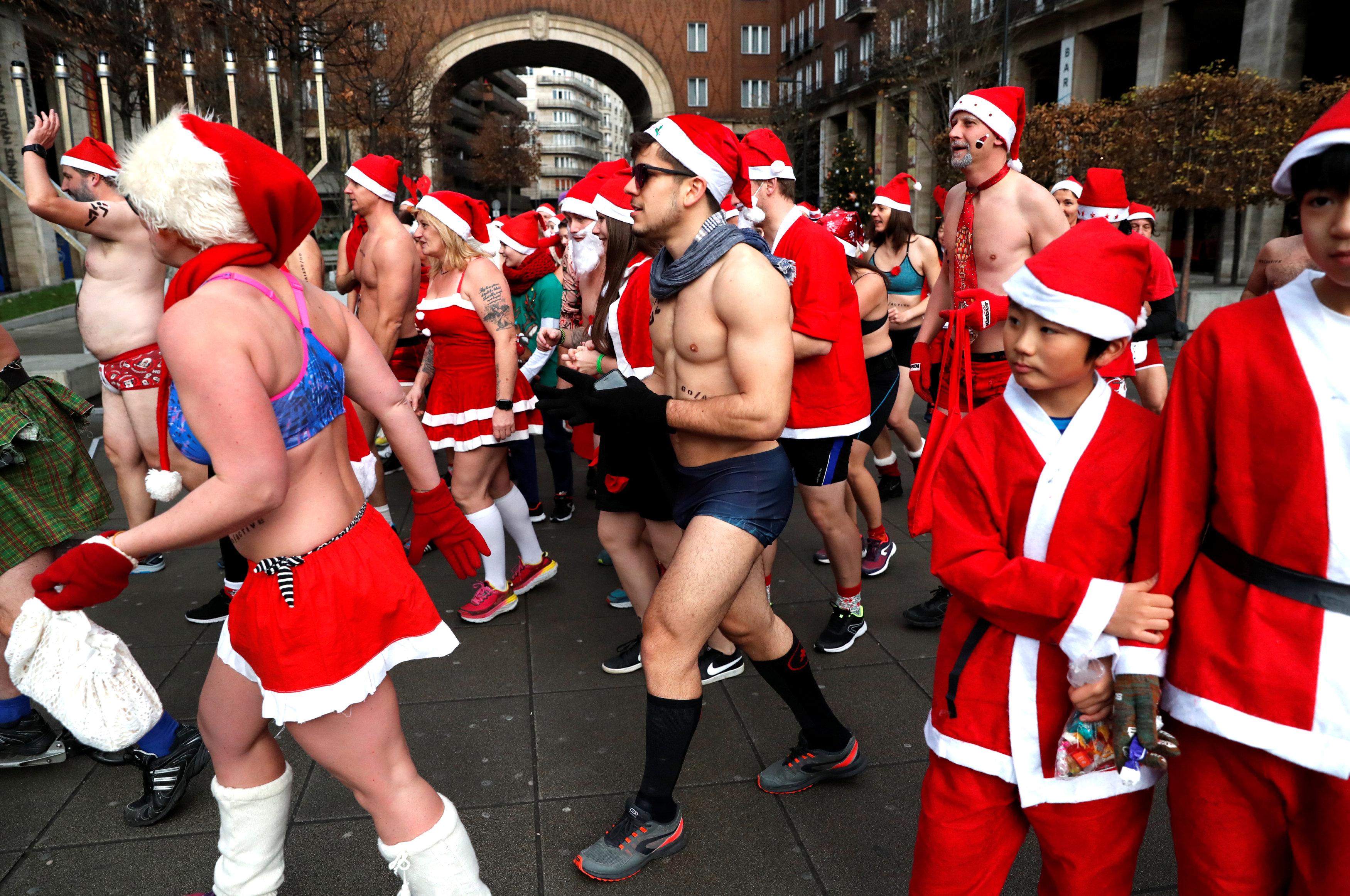 Some even dressed their dogs in festive gear and brought them along to the event, while braver Santa's did the run topless in despite the chilly temperatures in the capital.

Creative types also crafted sleighs and brought elf helpers with them on the city centre runs.

The age ranges varied from kids, all the way to adults as the event is open for all age groups.

All the runners were taking part in aid of a different charity causes. 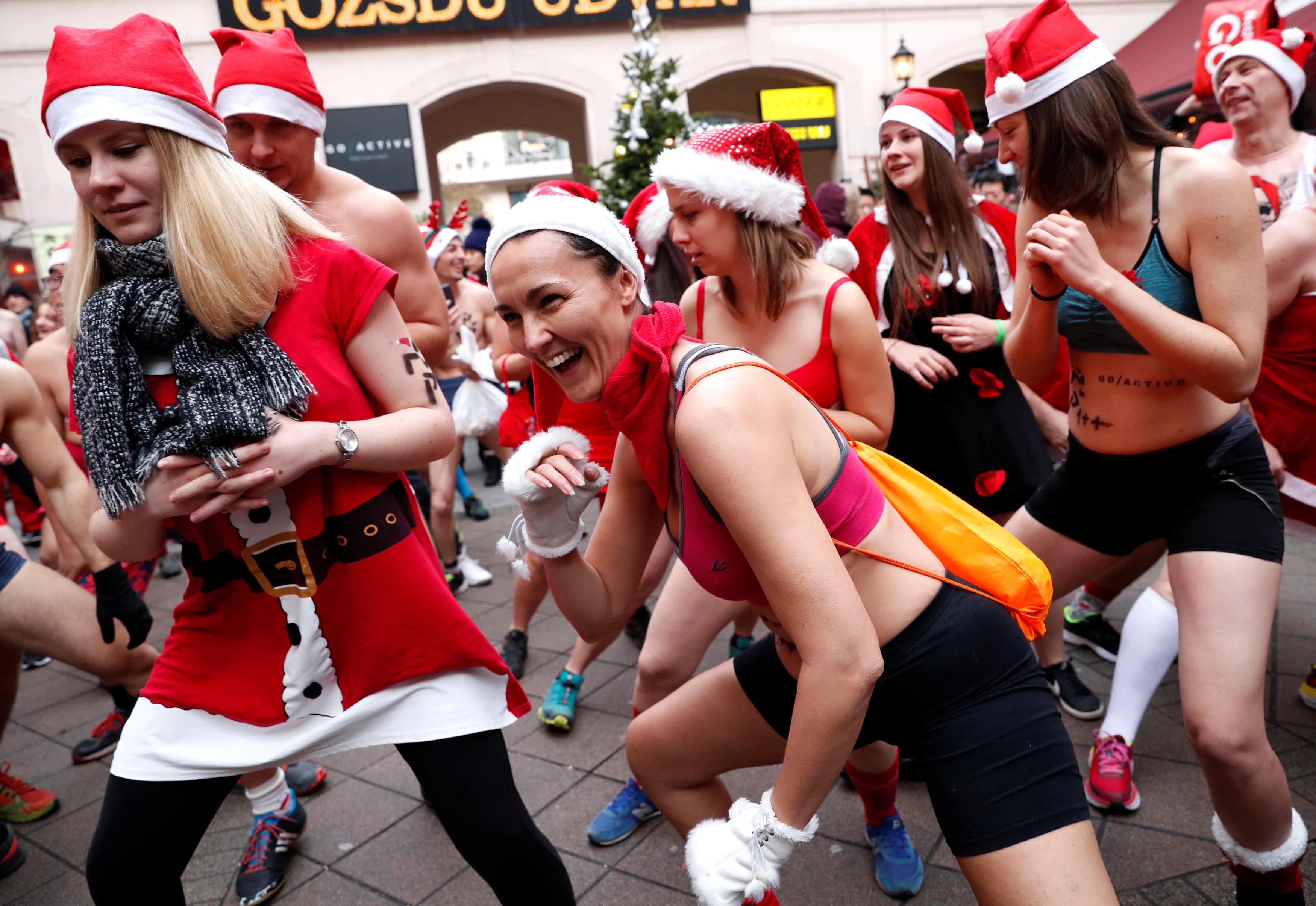 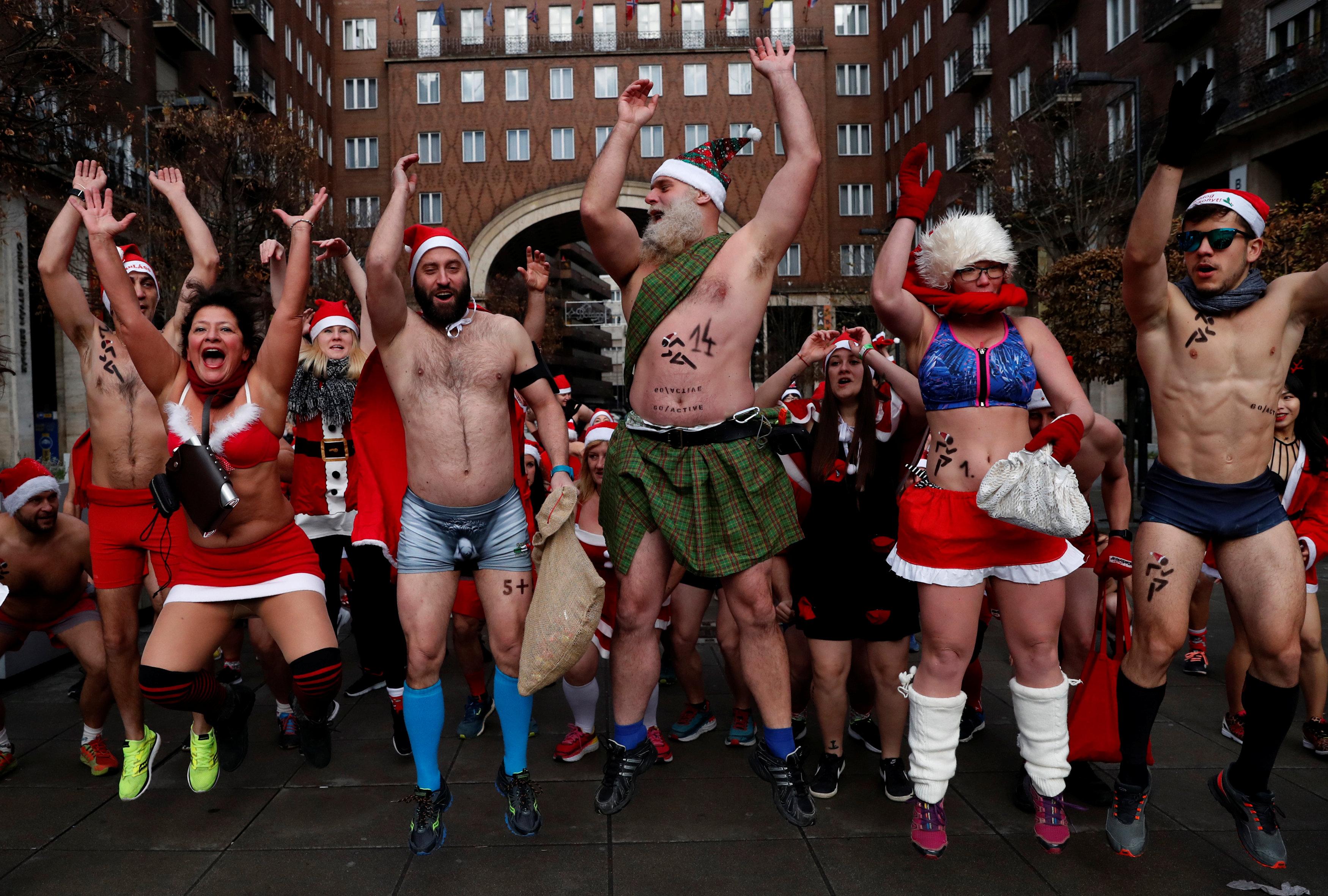 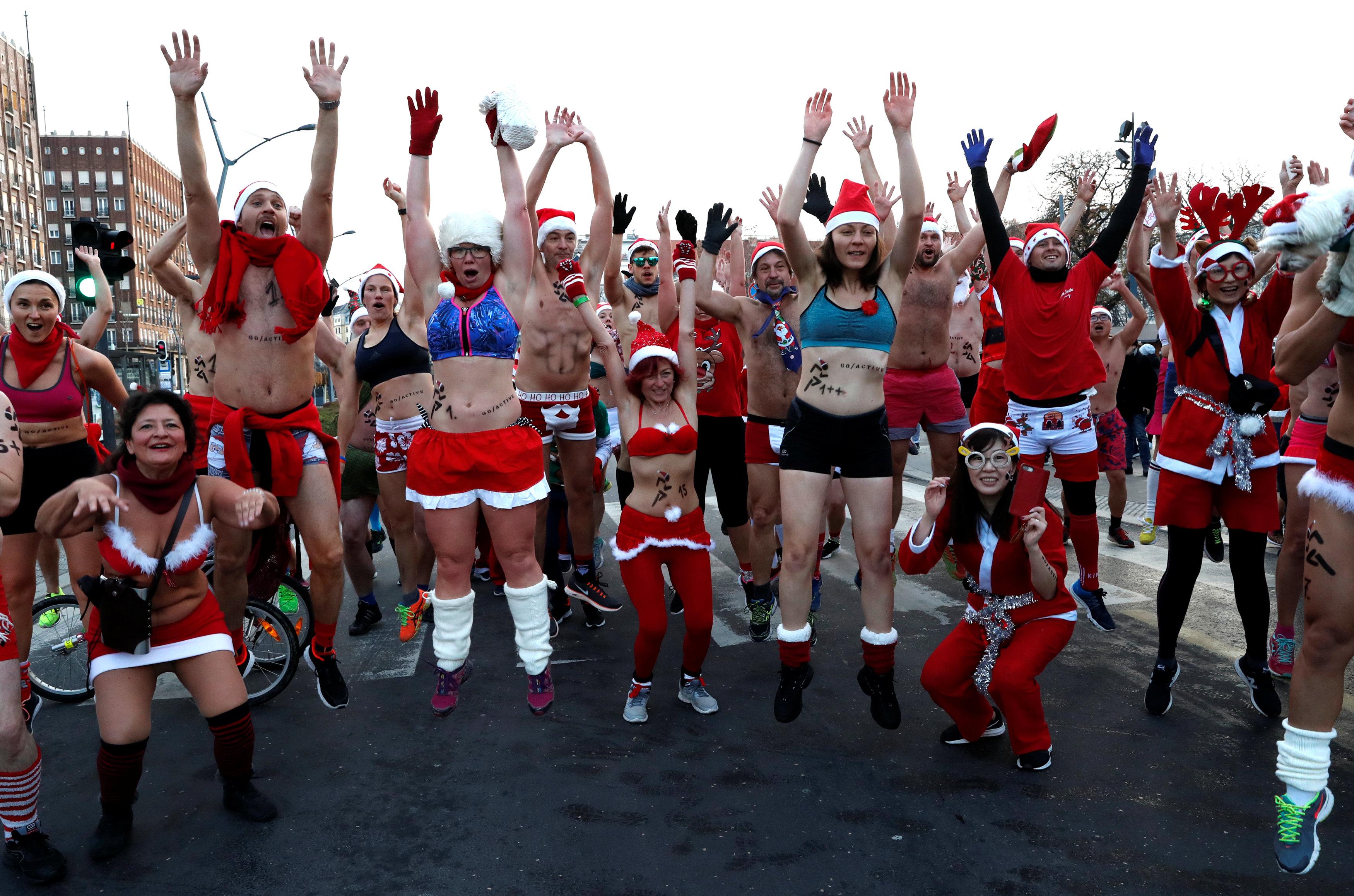 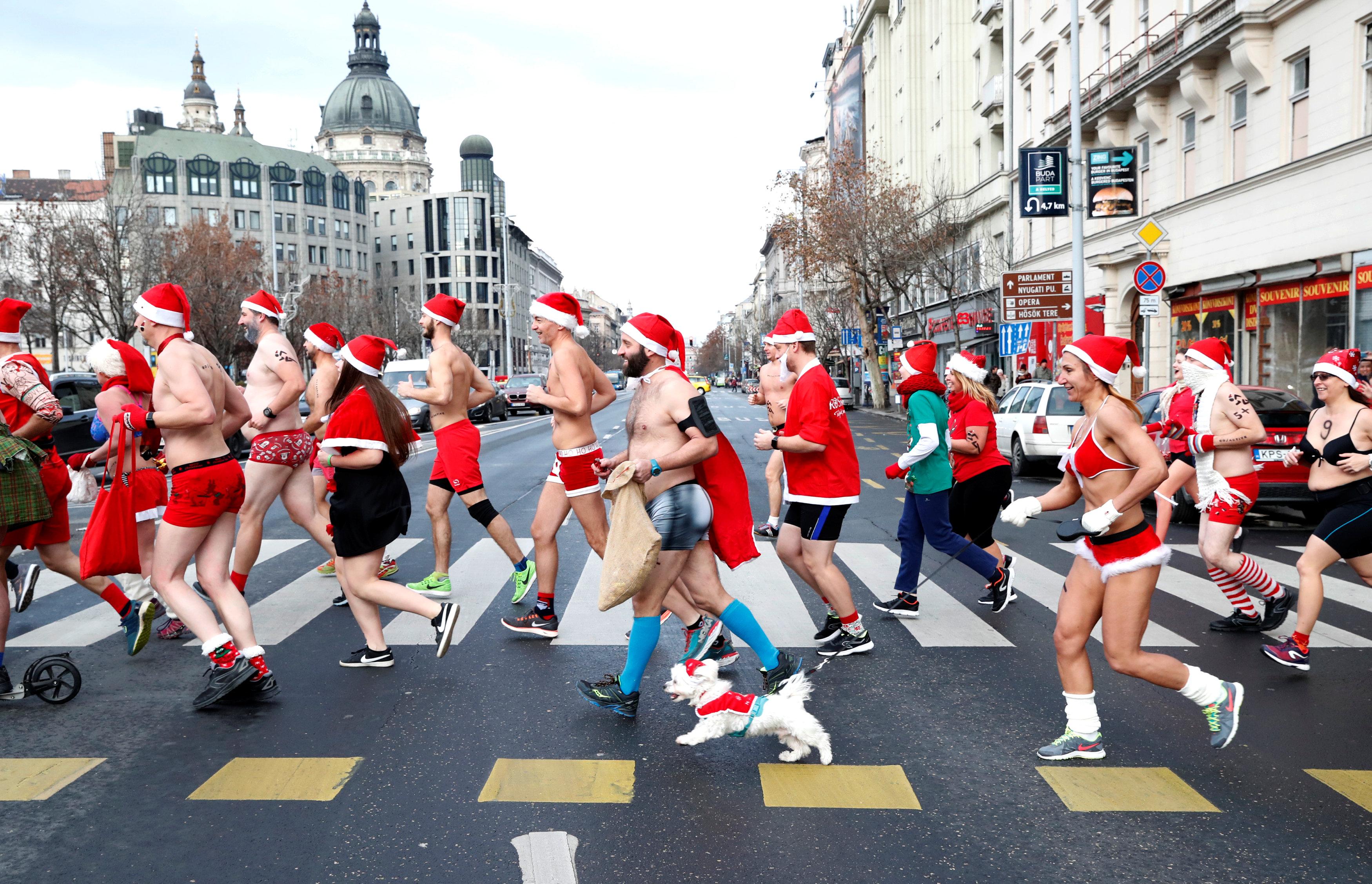 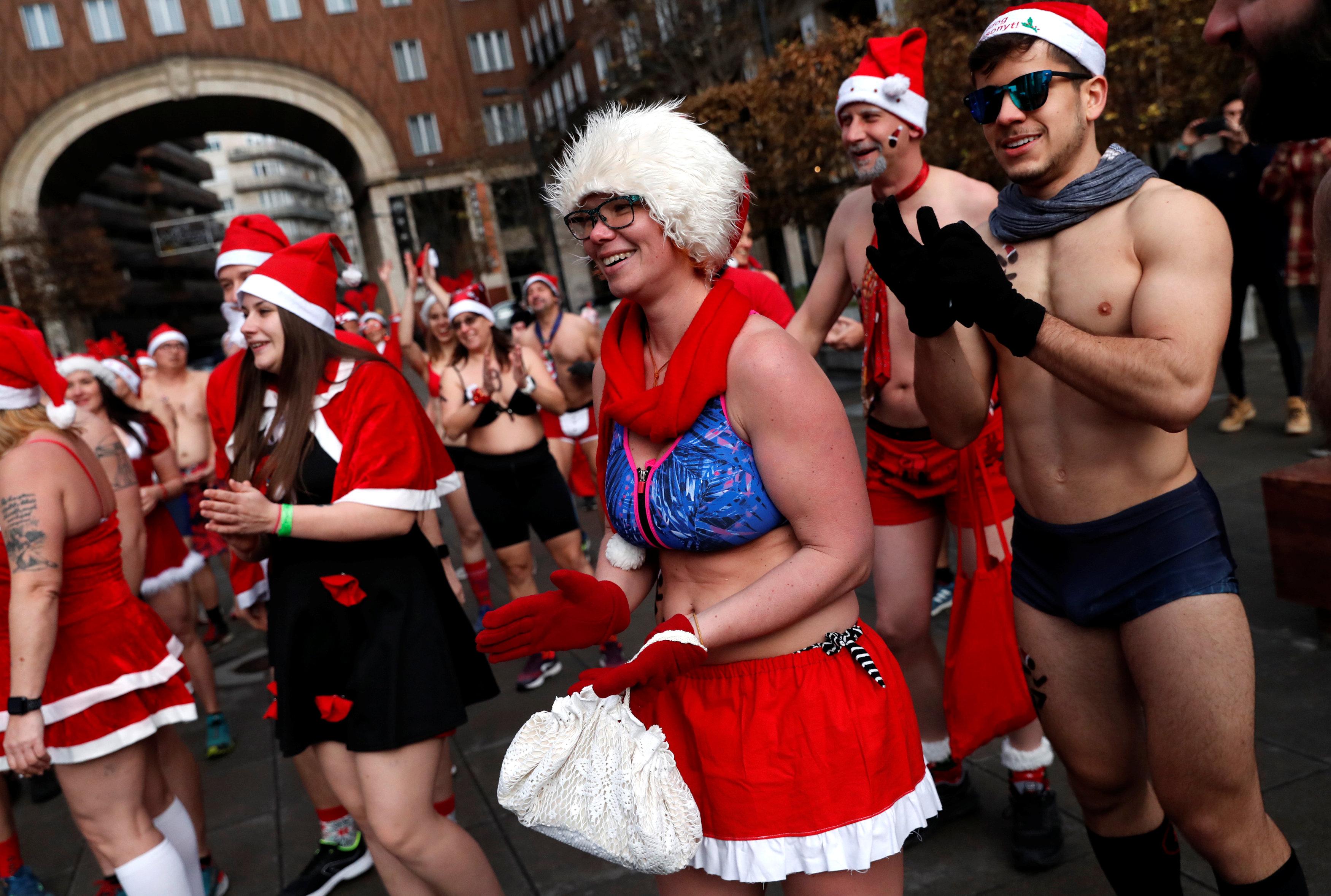 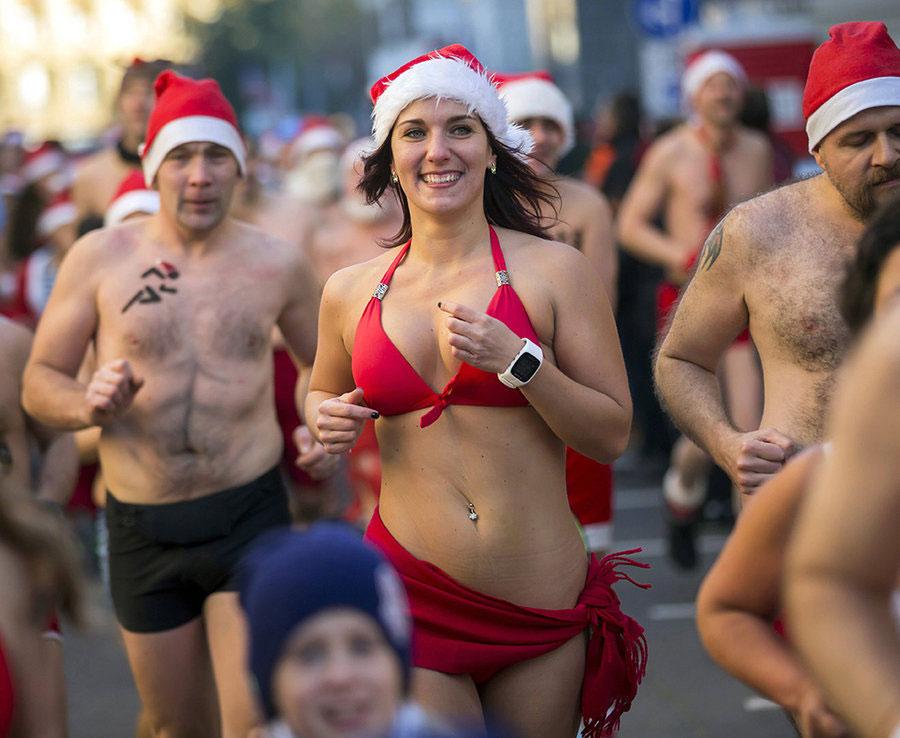 The Santa runs have been a popular event in many cities, from London to Las Vegas the festive fun runners donned red and white Santa suits before gathering to form legions of jolly St Nicks. 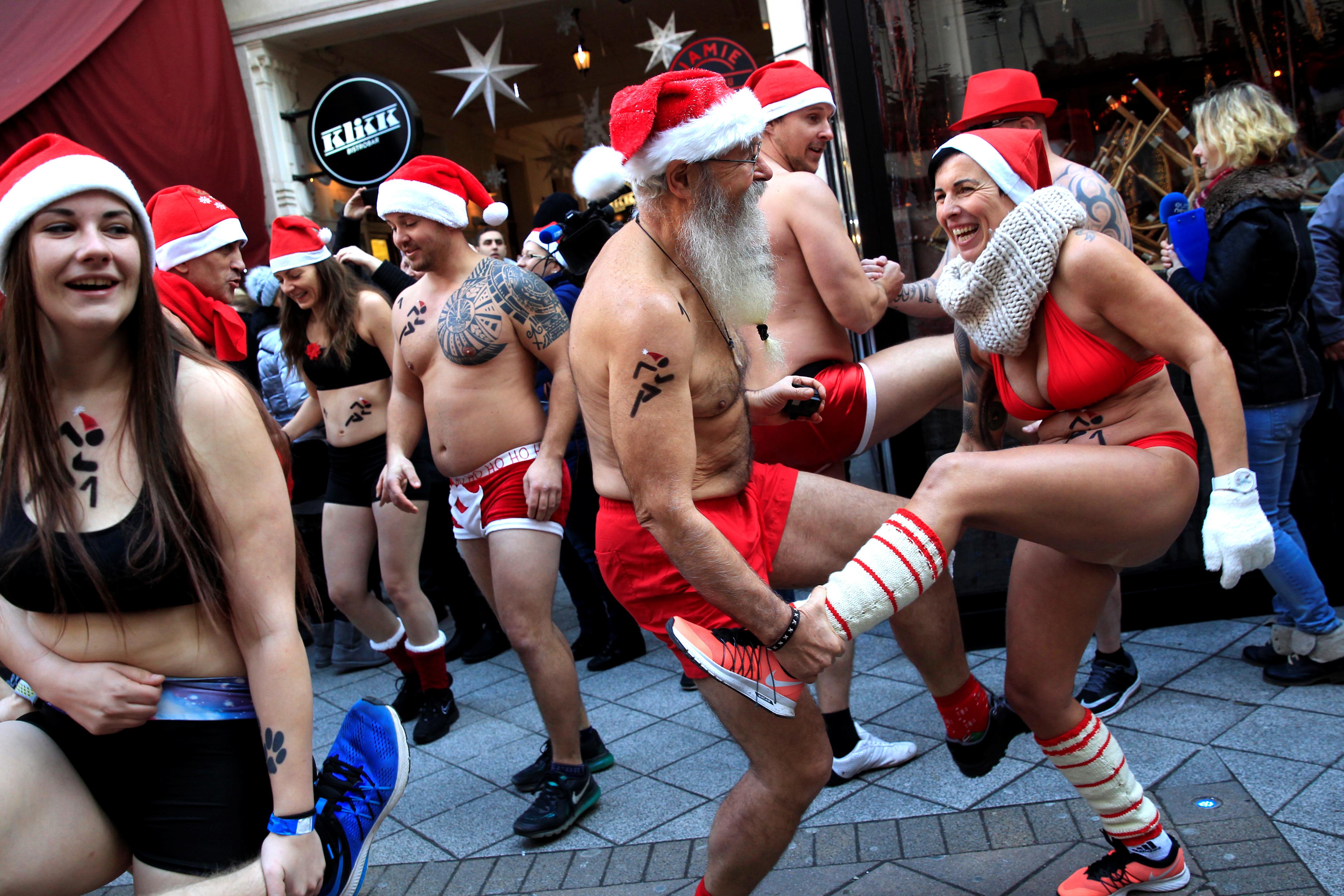