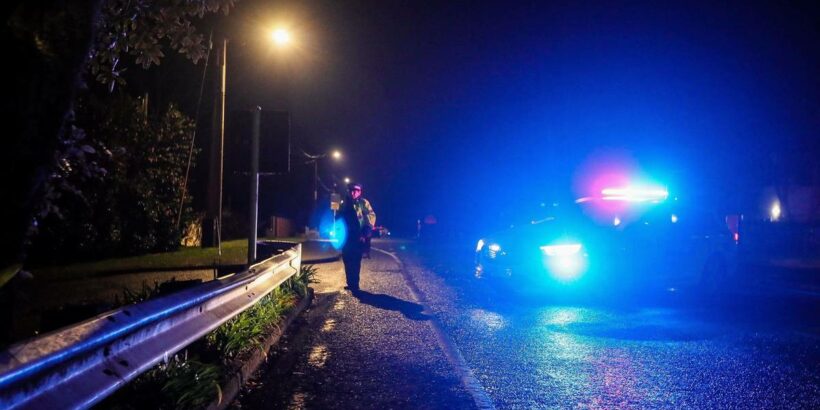 A heavy police presence remains in a Hamilton suburb where a man was shot and killed after a stand-off with police.

The incident happened after officers were called to a property on O’Donoghue St, in Hillcrest, looking for a person in relation to a firearms matter.

Police confirmed that while they were there, officers were confronted by an armed man and a number of shots were exchanged between them.

“The man received a gunshot wound and died of his injuries at the scene,” Waikato District Commander Superintendent Bruce Bird, said.

No police officers were shot.

A witness at the scene in the early hours of this morning told the Herald several police in white overalls could be seen walking around what appeared to be a vehicle covered by a tarpaulin.

“Armed police have blocked off the bottom of O’Donoghue St and Hillcrest Rd.

“There were three officers in white overalls walking towards a tarp over a fence line. I think there’s a vehicle under it.”

About six police vehicles were at the site overnight, he said.

Last night, residents in the area described hearing a “large volley of gunfire” which at least one person likened to fireworks.

A woman named Coralie, who asked that her surname not be used, said among the red and blue lights, she could hear police officers yelling out instructions.

Coralie said that was repeated multiple times before a final “they’re not moving” and then silence.

Another resident said: “It sounded like they kept shooting but were firing blanks. It was very loud though.”

Police are expected to give an update on the situation and the circumstances around the shooting this morning.