May faces Cabinet meltdown on Brexit: Philip Hammond refuses to rule out QUITTING if the UK leaves the EU without a deal after Rudd threatens to walk out to back Remainer revolt

Theresa May is facing a Cabinet meltdown today after Philip Hammond refused to rule out quitting if there is a no-deal Brexit.

The Chancellor warned of huge economic damage from crashing out, saying it would be ‘irresponsible’ for the government to press ahead.

Asked repeatedly whether he would stay in No11 in that scenario, Mr Hammond said: ‘I’m not going to speculate because a lot depends on the circumstances, what happens.

‘The responsibility I have is to manage the economy in what is the best interests of the British people. 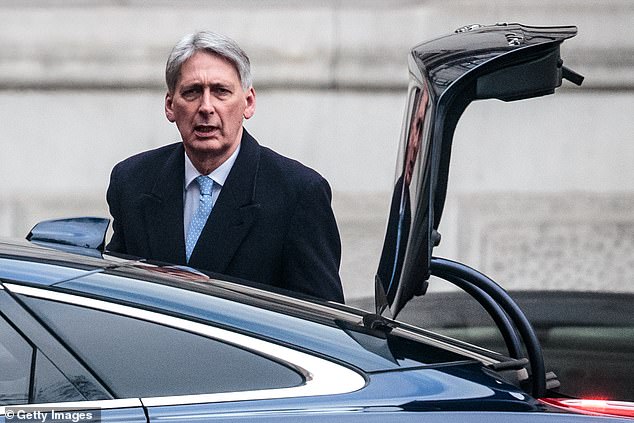 Chancellor Philip Hammond warned of huge economic damage from crashing out, saying it would be ‘irresponsible’ for the government to press ahead 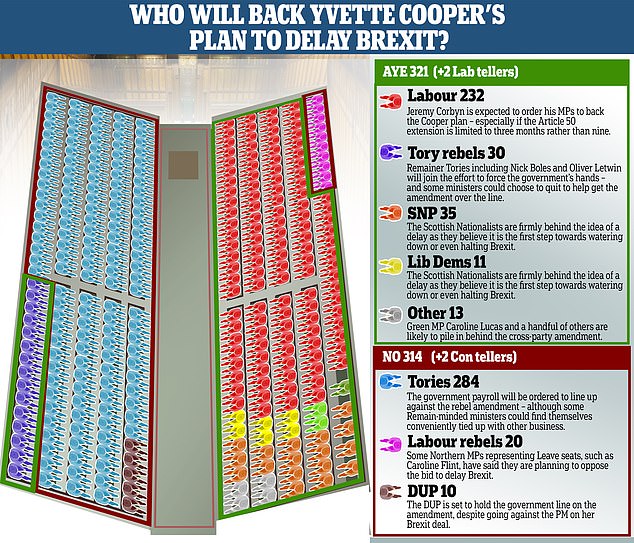 The incendiary comments came after Amber Rudd hinted she could quit to back a rebel amendment that is designed to extend Article 50 beyond March.

During an interview with BBC Two’s Newsnight, Ms Rudd was asked three times whether she would quit the Cabinet to back a bid by Labour’s Yvette Cooper to extend Article 50 unless a deal is reached by the end of February.

She said: ‘At this stage I’m going to stick to trying to persuade the Government to allow it to be a free vote.

‘There is a lot taking place and there are a lot of new amendments.

However, the depth of divisions in Mrs May’s team was underlined today with Aid Secretary Penny Mordaunt insisting public opinion was moving towards support for a no-deal departure.

She told the Financial Times that Brexit looked a ‘bit grim’ at the moment, but she believed the nation would eventually look back with ‘pride’. 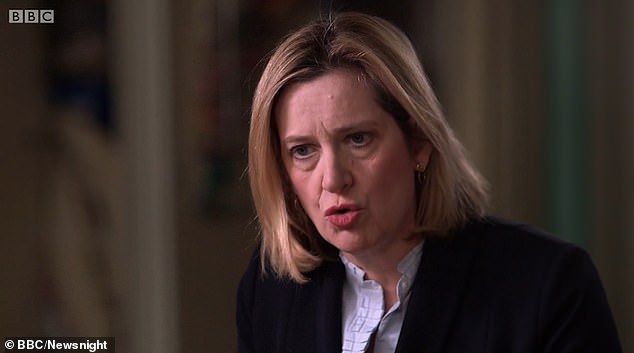