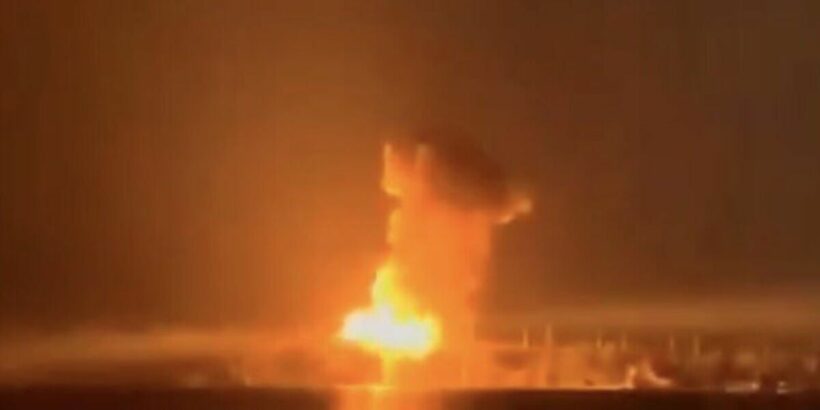 The Ukrainian forces struck the Antonovsky bridge for a second night in a row, amid failed Russian attempts to intercept the rockets. Ukraine turned to US-supplied HIMARS, which bypassed Russian air defence efforts to stop the strikes. The multiple rocket launcher struck the bridge several times in an attack caught on camera.

The night-time missile strike also appeared to destroy equipment the Russians were using to repair the bridge.

The successful attack effectively cuts off and traps thousands of Russian troops in the occupied city of Kherson.

The key Antonovsky Bridge on the Dnipro river is one of the few ways Russia has to resupply its armed forces.

Ukraine is slowly encircling the city, which remains the only regional capital to have fallen to President Putin’s troops in the war. 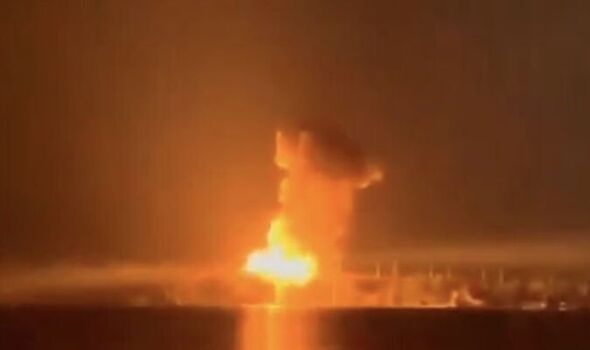 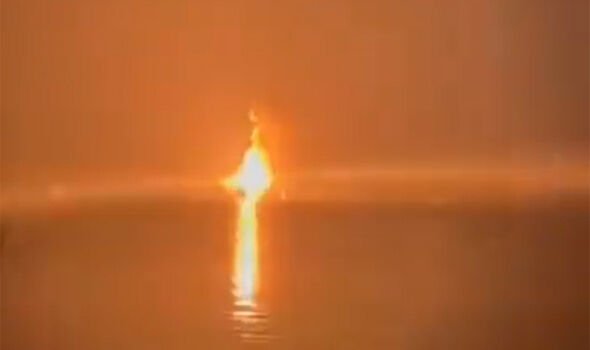 “Incredible accuracy. Russia can do nothing.”

Due to the damage to Russia’s supply line into Kherson, on Saturday the British Ministry of Defence claimed Russian forces in the area are restricted to just two pontoon bridges.

Before last night’s strikes on the bridge, the MoD stated: “In recent days, Russia has only succeeded in making superficial repairs to the damaged Antonivsky road bridge which likely remains structurally undermined.” 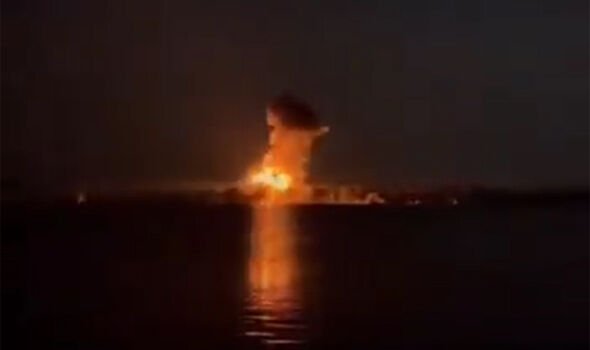 Ukraine: Strike on Russian air bases is 'blow to morale' for Russia

The MoD added that the bridges were unusable for heavy weapons and vehicles, and would likely remain very vulnerable.

The arrival of weapons from the US and UK has reinvigorated the Ukraine fightback, which has focused on taking back territory from Russia.

Recapturing Kherson would not only deal a major propaganda blow to Vladimir Putin but would also put Crimea – which Russia annexed in 2014 – within striking distance. 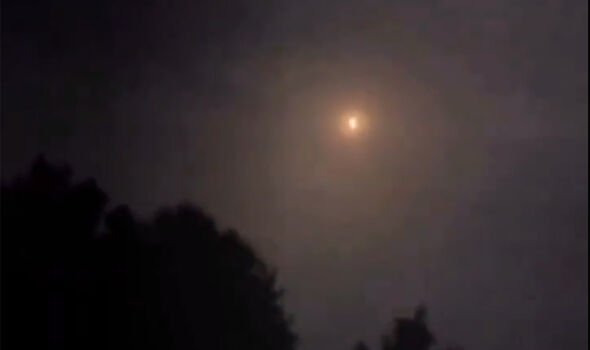 Earlier this week, Russia was reported to have suffered severe losses after a yet-to-be-claimed attack caused severe damage to Saki Air Base in Crimea.

Ukraine was coy about the strike, suggesting it was the result of an accident caused by Russian troops.

Ukrainian reporter Ilia Ponomarenko, who believes Kyiv to be behind the Saki attack, argued the strike was a “devastating” blow to Vladimir Putin.

He said Ukraine’s ability to penetrate into “super-protected” Crimea showed the weaknesses of Russian defences.