A LUCKLESS suspect was arrested covered in poo after he leapt into a slurry pit while fleeing police.

The man had made an ill-fated bid to escape cops after he was allegedly caught travelling in a stolen car. 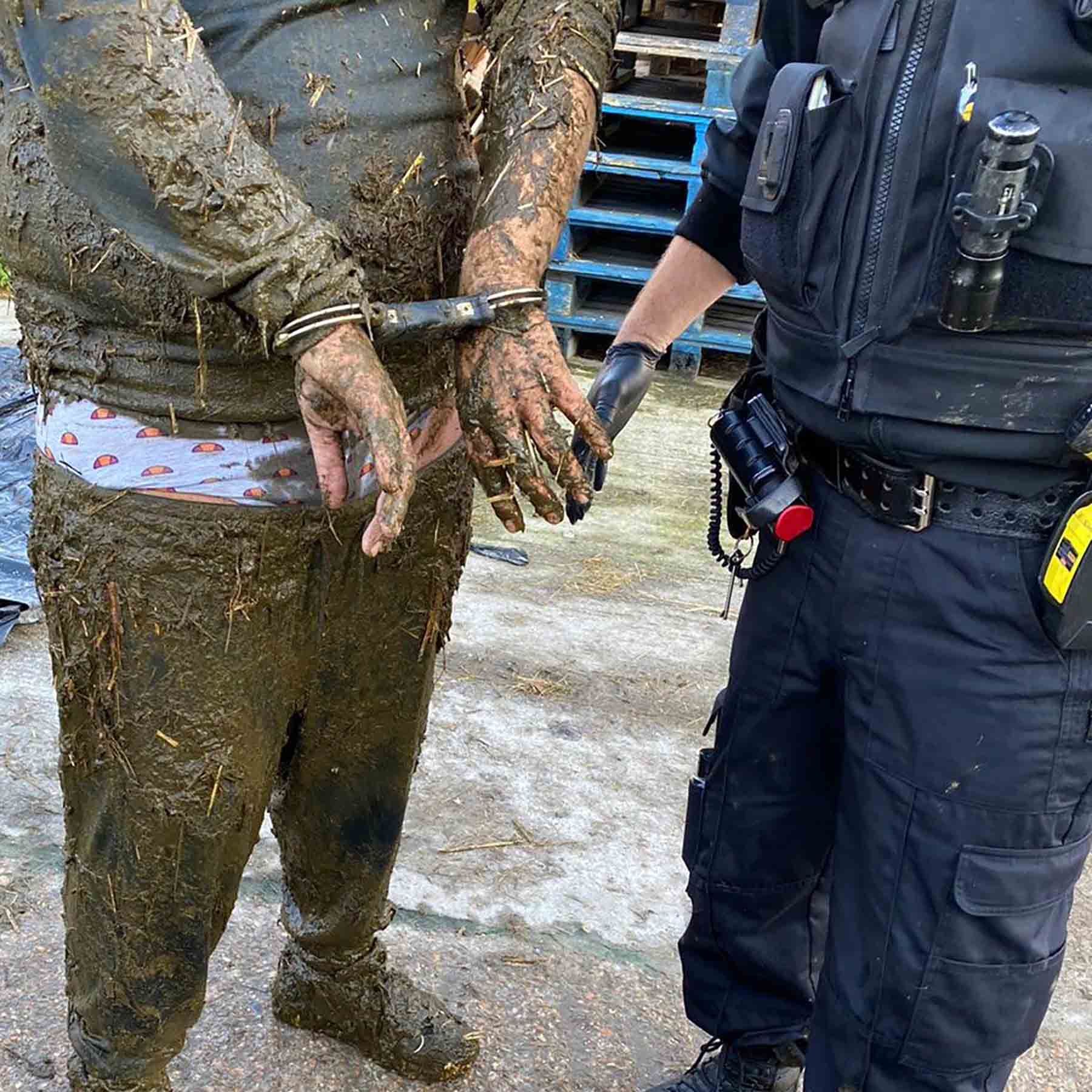 But officers gave chase – and he was eventually slapped in handcuffs while up to his neck in dung.

Officers from Sussex Police shared the colourful story on social media – along with a photograph from the scene.

The image shows a cop wearing gloves standing beside the arrested man, who is covered in muck and straw.

Adding insult to injury, the weight of the manure had partially dragged down the man's trousers – exposing his underwear.

The post – written as a poem – reads: "This passenger of a stolen car thought he could get away, but it turned out not to be his lucky day.

"Eager to evade and fleeing in a hurry, the suspect was eventually arrested, neck-deep in a pit of slurry.

"Thanks to determined officers, a rescue ensued, and they all ended up safe, but covered in cow poo."

More than 1,200 people have liked the post on Facebook, with many users praising the police for giving chase.

"They say what goes round comes around – the prisoner definitely got his dues just sorry you had to get the back end of it.

"Think you were marvellous and as always go one step farther to look after us."

Another said: "He thought he could make a clean getaway.

A third joked: "Got to admire the police determination on this one."

The suspect was lucky police were happy to wade in after him – as slurry can be dangerous.

A combination of methane, carbon dioxide, ammonia and hydrogen sulphide can can cause unconsciousness, and farm workers have died after being overcome and drowning in tanks.

The Health and Safety Executive has warned: "There is no safe slurry tank.

"The gases can kill people and animals almost instantly.

"Prevent accidents and save lives by always following the safe system of work."