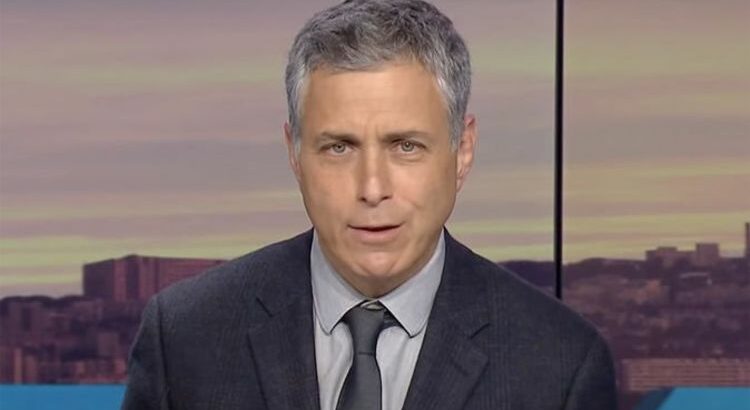 Panellists on a popular French TV programme ridiculed Brexit Britain after scenes of gas shortages in the UK. A discussion on France24’s The World This Week saw panellists proclaim that the chaos in the UK was “the consequence of Brexit”. They suggested that the tide was turning against the Brexiteers following the energy crisis and people in the UK are “starting to realise that it was a bad decision, on reflection”.

Jon Henley, European Affairs Correspondent for The Guardian, said: “Quite frankly the passport stuff is the least of Britain’s problems at the moment, I think we can safely say!”

Nico Haines, from The Daily Beast, added: “Like anything else, I’m sure these new border controls will mean massive queues at the border as people try to work out the new rules.

“That seems to be the common theme of Brexit so far, massive queues everywhere and things not working like they used to.

“We have no petrol, people are queuing up the street to try and get it.

“We have no food in the shops and so far it seems there are a lot more complications with our huge new freedoms.”

Host Francois Picard joked: “It’s hard to keep a stiff upper lip when you are queuing for hours for petrol.”

Guest panellist Vivienne Walt, from Time Magazine, did correct the panel by saying that Britain was not alone in having gas shortages.

Ms Walt pointed out that there were shortages across Europe as well.

Mr Henley later added: “At some stage, reality is going to catch up. We started to see it this week with the petrol shortages and shortages of foodstuff.

“People will start to feel the consequences personally. How much longer will Boris be able to say this has nothing to do with Brexit?

“Brexit is making it almost impossible for the British government to respond to the crisis.”

Mr Haines responded: “More people are saying that Brexit was a bad idea on reflection. People will start to realise this is the consequence of Brexit.”

Earlier today, Boris Johnson said that the ongoing petrol shortages and supply chain issues were due to a “period of adjustment” after Brexit and the Covid pandemic.

Speaking to Andrew Marr on the BBC, Mr Johnson insisted the shortages were to be expected as Britain moves toward a higher-wage, higher-skilled economy.

Speaking on the first day of the Conservative Party conference, the Prime Minister said: “There will be a period of adjustment, but that is what I think we need to see.”

A few thousand people held an anti-government outside the event in Manchester on Sunday, where the Tories will be hosting party members until Wednesday.