The selfie, taken in Paris, was accompanied by a caption consisting of only two words: ‘No comment’. 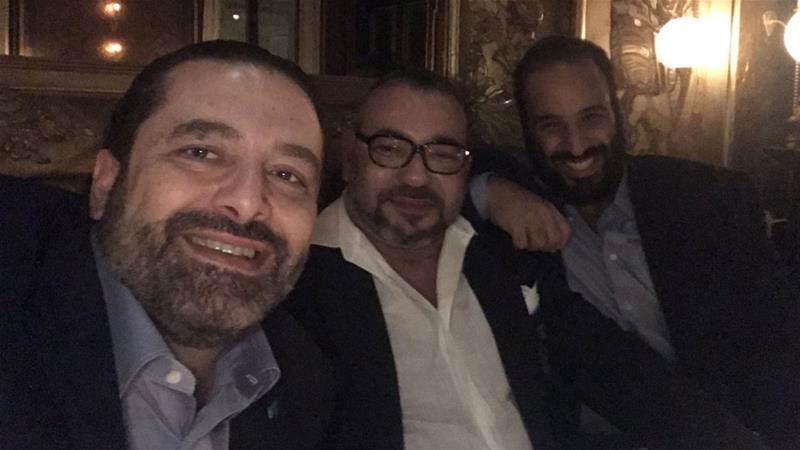 The image, reportedly taken in the King George V Hotel in Paris past midnight on Tuesday, was accompanied by a caption consisting of only two words: “No comment.”

The photo appears to be aimed at dispelling rumours of bad blood between bin Salman and Hariri, following the drama that played out last November when the Lebanese premier announced his shock resignation from the Saudi capital Riyadh.

Hariri later deferred his decision, blaming Iran and its Lebanese ally in Lebanon, Hezbollah, for his initial resignation. He also said he feared an assassination attempt.

Yet officials in Lebanon had alleged that Hariri was being held hostage by Saudi authorities, an allegation Hariri denied in his first public statement following his resignation speech.

Bin Salman is in France as part of an international tour that has so far included Egypt, the UK, and the US.

The Moroccan king is in Paris recuperating after he underwent a heart surgery a few weeks ago. Recently, his country had announced its intention to compete for the hosting of the World Cup 2026, the only rival to a joint bid by the US, Canada, and Mexico.

Last month, Saudi Arabia’s Sports Authority chairman hinted through a series of Twitter posts that his country may not support Morocco in its World Cup bid.

“To be in the grey area is no longer acceptable to us,” Turki al-Sheikh added, in what some perceived as a Saudi critique of Morocco’s neutral stance on the Gulf crisis, now in its ninth month.

However, some Twitter users believe that Hariri’s selfie in Paris was proof of the good relations enjoyed between the two kingdoms.