Firefighters battered their way into the flat in the early hours to find the glowing flames – putting out the blaze just 13 minutes after getting into flat 16. But while the blaze was controlled on the fourth floor, the flames had unknowingly begun to spread up outside of the tower in the early hours of June 14.

The footage was today played at the public inquiry, which is examining the tragedy that claimed the lives of more than 70 people last year.

The thermal imaging camera footage was played to the inquiry on Tuesday during a presentation by Professor Niamh Nic Daeid, the director of the Leverhulme Research Centre for Forensic Science at the University of Dundee, who was explaining the origins of the fire and its spread.

Brave firefighters could be heard as they broke into the flat, where temperatures reached highs of 263C. 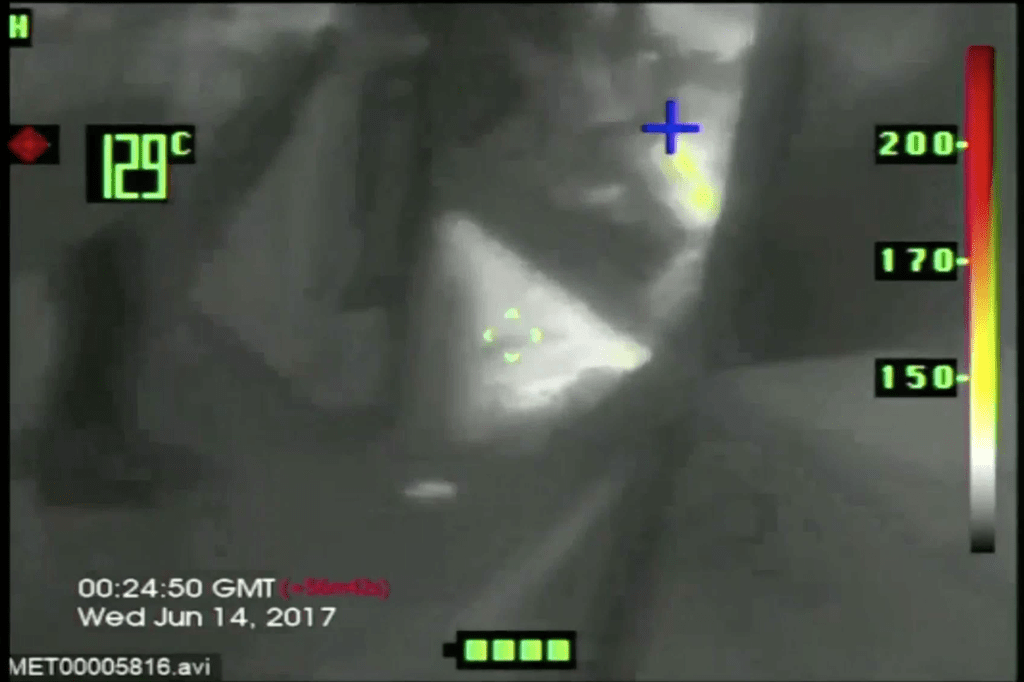 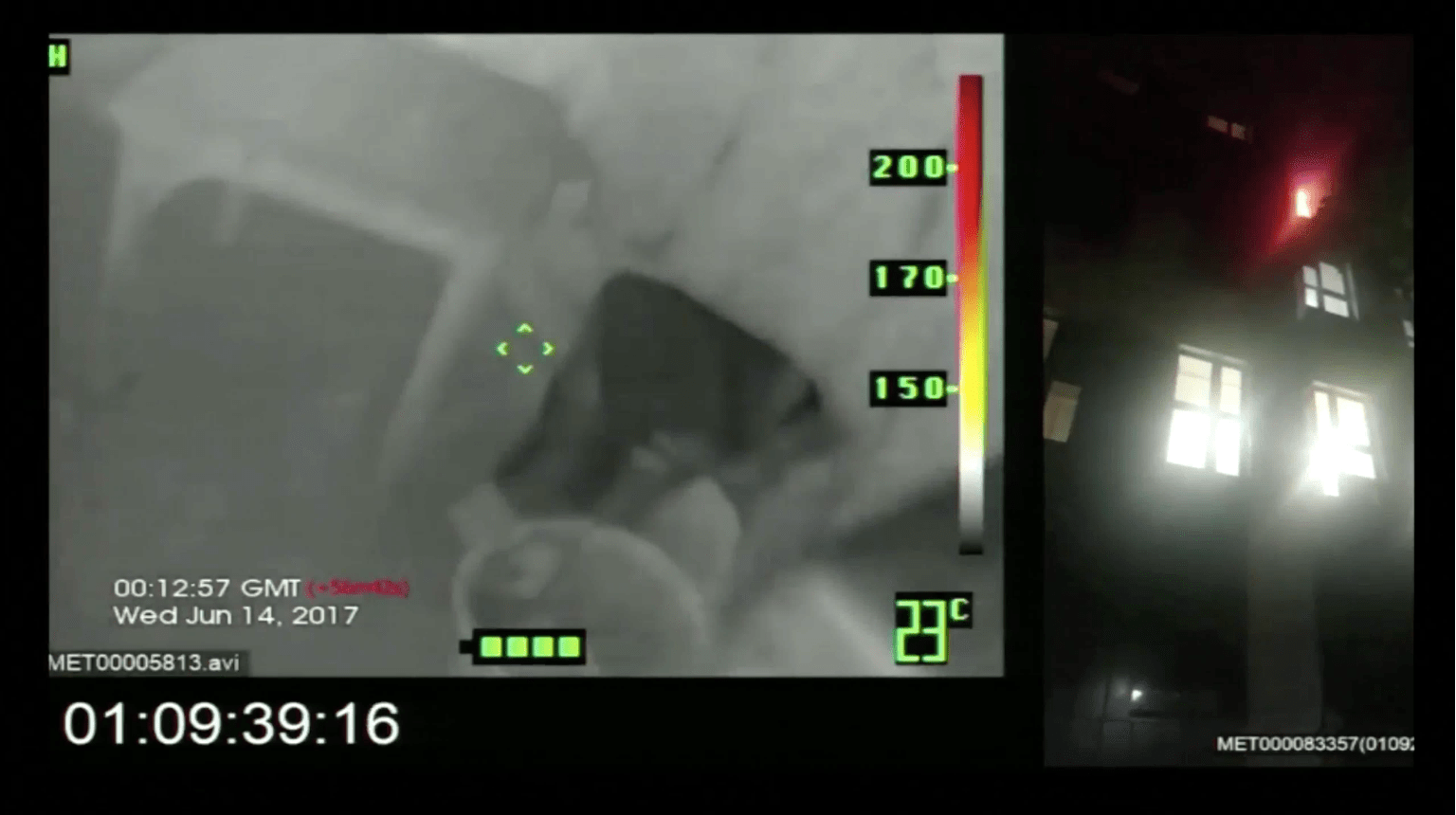 A bright yellow glow can be seen in the kitchen as firefighters make their way through the smoke-clogged corridor about 1.07am.

Professor Daeid told the inquest: "The yellow glow that you can see is the fire that is down at the window ledge in the kitchen."

Firefighters can be seen spraying liquid at the fire, which was put out in the flat itself at 1.20am.

A split-screen was used to show mobile phone footage of the flame beginning to spread up the outside of the building at the same time. 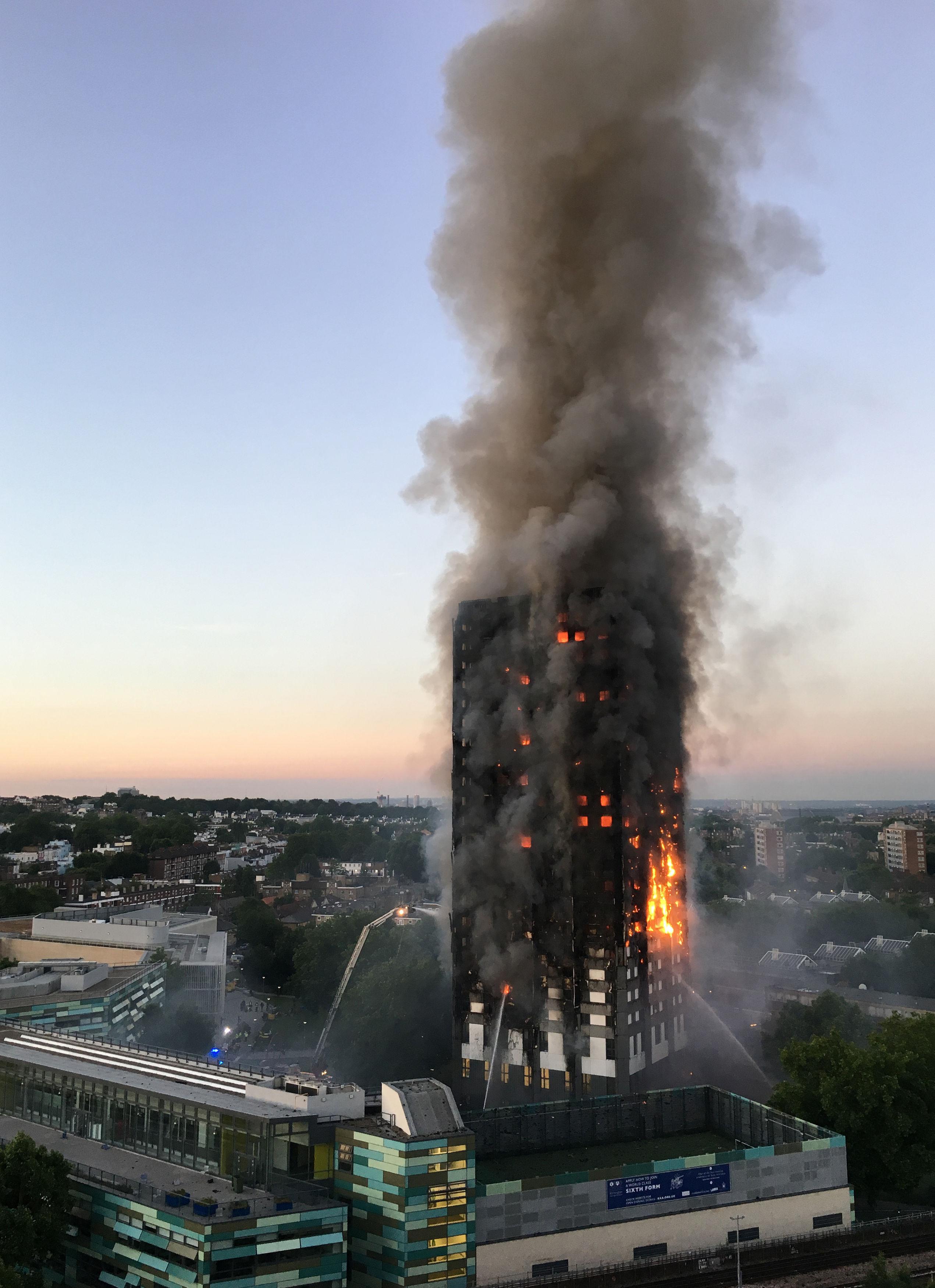 Professor Daeid explained the firefighters had attempted to put the fire out, spending time around what tactics to use to tackle the blaze.

But while firefighters extinguished the blaze at 1.20am, the expert warned the blaze had started to spread from the kitchen window at 1.09am.

The yellow form of the burning cladding could be seen through the kitchen window in the thermal imaging footage.

The fridge-freezer where the fire is thought to have started was also visible with the top door missing.

Helpless families have broken down during the inquest as they recounted the terrifying night.

Among them was Hisam Choucair who lost his mum, sister, brother-in-law and three nieces in the devastating blaze.

He told the public inquiry "we had to stand there for hours, helpless, watching them burn to death".