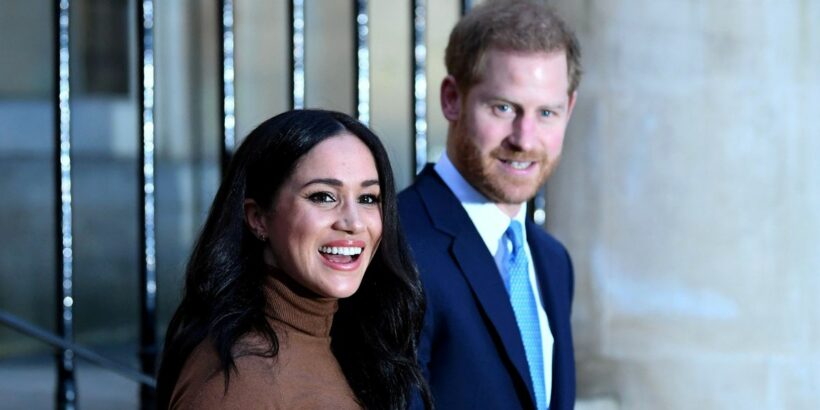 Prince Harry and Meghan Markle's surprise visit to see the Queen yesterday was notable for reasons not many would have guessed.

The pair secretly jetted into the UK so they could have a face-to-face meeting with the monarch on Thursday after last month missing Prince Philip's memorial service.

The couple also got to catch up with Prince Charles, in a visit that stunned spectators outside Windsor Castle – as well as royal aides, who were reported to be as in the dark as everyone else.

It is the first time Meghan has set foot in the UK for two years, since she and husband Harry sensationally quit as working royals.

But Royal expert Daniela Elser has said she believes the pair weren't really trying to fix the long-standing royal rift with the trip and instead had other intentions.

She said, writing for news.com.au: “If this trip really had been a serious attempt at repairing some of the immense damage done by the events of the last two years then it would have to have included some sort of gesture, however small, in the direction of Kensington Palace.

“Just over a year ago, in early April, it was Kate in peacekeeper mode at Prince Philip’s funeral who deftly manoeuvred things to get the two royal brothers talking, all done oh-so-conveniently in full view of the UK’s press corp. (Handy right?)

“What often seems to get lost in the wash these days is that not that long ago, Kate and Harry were friends.

“Look at any image of the duo out and about on any sort of engagement and there they are, having what looks like a marvellous time.”

Harry and Meghan dropped by at the Queen's official residence while on their way to the Invictus Games in Holland, the Paralympic-style event he set up for wounded service personnel, where the couple will be at the opening ceremony of the even founded by Prince Harry in 2014.

The Daily Star has reached out to Harry and Meghan's team to find out if the omission of meeting Prince William and Kate was deliberate, accidental or if they did meet and it hasn't been made public yet.