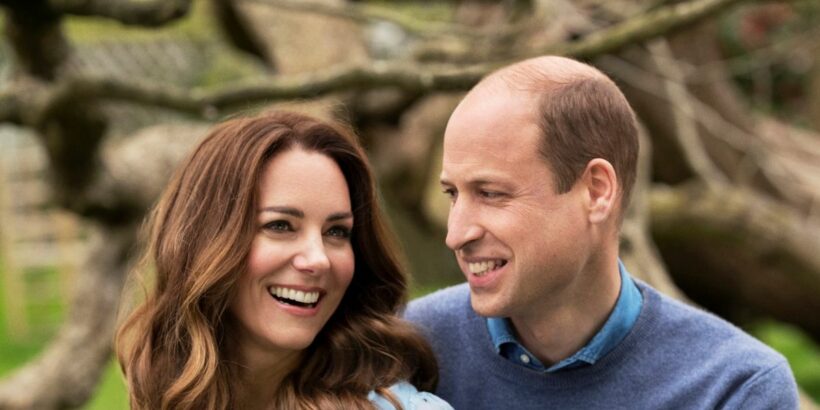 Kate Middleton and Prince William have become "two-peas-in-a-pod" amid all of the ongoing drama around the Royal Family with Meghan Markle and Prince Harry, a royal expert has said.

It is claimed that Kate has provided huge support to her husband as he deals with the fallout of his brother's claims, which Camilla Tominey believes has helped them "find equilibrium" in their relationship.

Writing for Stella magazine, she explains: "It seems an unexpected consequence of the family conflict has been to help William and Kate find equilibrium in their own marriage.

"What started out as an uneven match between a blue-blooded prince and his ‘plus one' has now blossomed into a two-peas-in-a-pod kind of partnership."

She claims that Wills has supported Kate through her time in the royal family and credits his wife's increasing confidence to his guidance.

But it was Kate who played peacemaker when William and Harry were reunited at Prince Philip's funeral, and she was the first member of the royal family to be seen talking to him.

Kate could be seen looking over to her brother-in-law and exchanging a few words, while William talked to other members of the congregation.

As they walked on, Kate dropped behind allowing the brothers to speak one-to-one as they continued across the castle's car park.

Writing for Vanity Fair, royal expert Katie Nicholl says: "Unsurprisingly it was Kate, the Duchess of Cambridge , who has previously acted as a peacemaker between the brothers, who instigated the much longed for truce after the service.

"As William chatted to the Dean of Westminster outside the chapel, she engaged Harry in conversation.

"In their masks it was impossible to know what was said, but somehow Kate managed to defuse a deeply tense and difficult moment."

Kate was said to be "hopeful of a resolution" before Harry landed back in the UK.

Speaking at the time, a royal source said: “William and Harry have managed to speak on the phone. They very much agree that this week is absolutely about supporting the Queen, the rest of the family and commemorating the life and legacy of their grandfather.”

However things weren't as straightforward with other members of the family, and Princess Anne and Sophie Wessex reportedly didn't acknowledge Harry during the funeral.

A source told the Mail on Sunday : "Ironically the only one who has expressed any sympathy towards him is Prince Andrew. He knows from Sarah Ferguson – and now first-hand – how it feels to be the outsider, which Harry very much is.

"As far as the others are concerned, there is a deep sense of protection towards the Queen and resentment towards Harry. There is little sympathy for him after what he and Meghan said on Oprah.

"They are still very upset. They are putting on a united front for the Queen. They all think he has behaved appallingly."