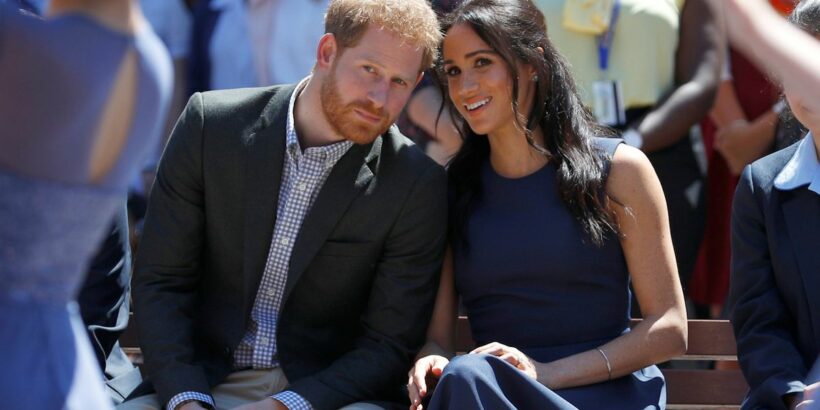 For reasons stemming from the death of his mother, Princess Diana, Prince Harry has an understandable wariness of the world’s media.

But, says royal expert Daniela Elser, the prince and his wife Meghan Markle have developed a “curious blind spot” and will only deal with outlets that will allow them “to say their piece unmolested by any sort of pesky cross-examination.”

The Duke and Duchess’s attempts to rigidly control their public profile were discussed in the BBC’s controversial The Princes and the Press documentary, televised this week.

“A royal engagement is typically an opportunity for the bride to meet the press informally,” said host Amol Rajan, discussing the couple’s first photocall in Kensington Palace’s Sunken Garden.

“This one was different,” he said. “Harry and Meghan stuck a pond between them and the reporters. This was not the type of celebration [the press] were used to.”

“And then there wasn’t really ever a proper meet and greet. Maybe the lack of understanding of what Meghan was all about might have been down to the fact they never introduced her to the press properly.”

Rajan lays out the "unspoken contract" between the press and the palace in the opening moments of the documentary, saying: “The Windsor deal is; The royals get to live in a palace, they get some tax payer funding…

“In return — so long as they grant access and a steady supply of stories and pictures — they get favourable coverage. But that deal only works if both parties stick to their side of the bargain.

“The question was,” he said, “would the children of Princess Diana want to play that game?”

While, Meghan, according to Finding Freedom writer Omid Scobie, would, Harry wasn’t so sure.

Scobie said: “Meghan, who of course is pretty media savvy, and from what I heard behind the scenes quite keen to meet with the journalists, Harry was like, ‘No you don’t realise what could happen if you do sort of step into that arena because it goes downhill from there, you will never win them over, you will never win.’”

“While William and Harry both clearly deeply dislike the press,” says Elser, “the elder has obviously pursued a tactic of viewing journalists as a necessary blight, and one crucial to further his philanthropic ends. Harry has refused to toe that line.”

He and Meghan promised, she says, to “engage with grassroots media organisations and young, up-and-coming journalists.”

But instead, Elser writes in News.com.au, they have only agreed to interviews with friends such as Oprah Winfrey and Ellen DeGeneres, and other media outlets that offer them a platform, without any “pesky” scrutiny that might have in the long run led to a healthier relationship with their public.