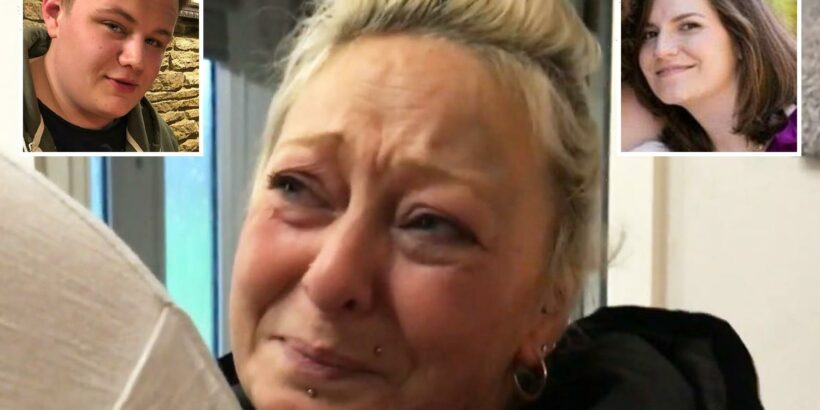 HARRY Dunn's mother has broke down in tears after a US spy's wife was charged with causing the teen's death in a horror smash – but she REFUSES to return to the UK.

Anne Sacoolas allegedly collided with Harry's motorbike as she drove for 400 yards on the wrong side of the road after leaving RAF Croughton, Northants., in August. 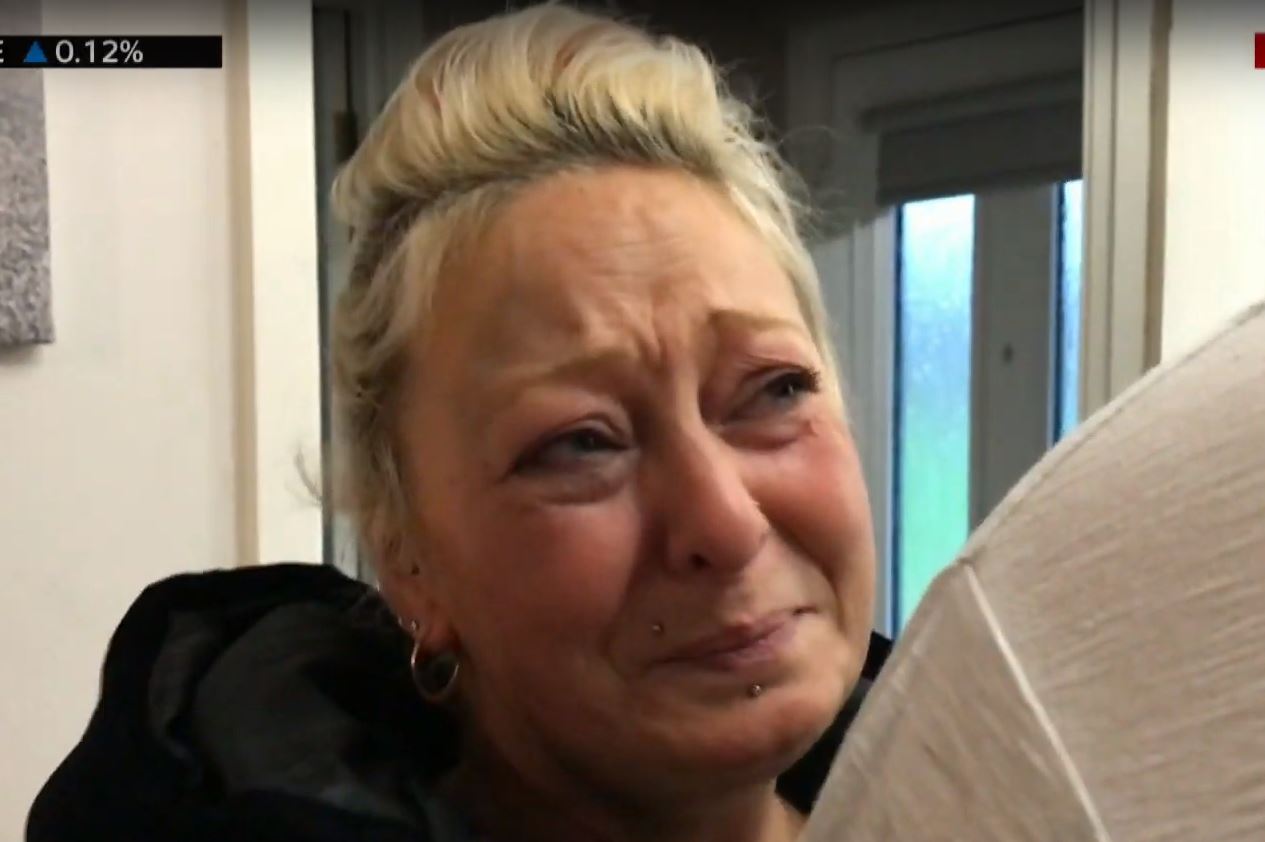 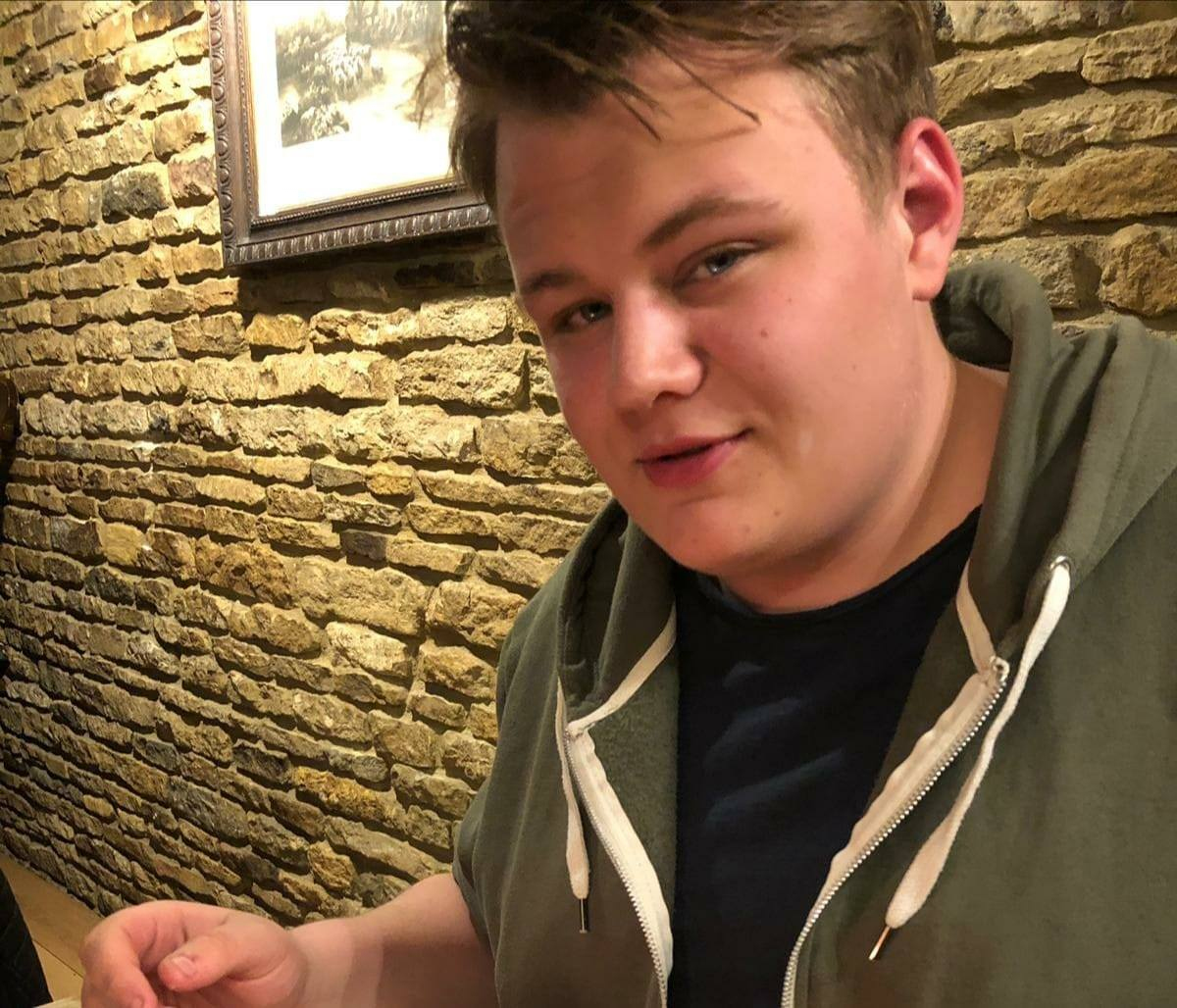 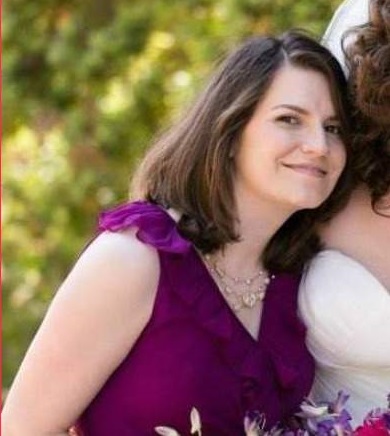 The 42-year-old, who is reportedly married to a US intelligence official, was granted diplomatic immunity after the crash and flew back to the States.

But Harry's parents Charlotte Charles and Tim Dunn were told she is no longer immune from prosecution in a letter from the Foreign Secretary Dominic Raab.

Extradition proceedings though the Home Office are now being started to bring Sacoolas back to the UK – but the US State Department today slammed the decision as "disappointing and unhelpful".

Sacoolas also released a statement saying she would not "voluntarily" return to Britain to face a "potential jail sentence for what was a terrible but unintentional accident".

"I'm just really proud that I've carried out my promise to one of my kids. The promise that I made we would get justice.

"It means everything. I would never have rested properly ever without being able to carry out that promise I made on the night we lost him.

"Anne is devastated by this tragic accident and continues to extend her deepest condolences to the family," the statement said.

"Anne would do whatever she could to bring Harry back. She is a mother herself and cannot imagine the pain of the loss of a child. She has cooperated fully with the investigation and accepted responsibility.

"We have been working with the UK authorities in an effort to resolve this matter. Today we were informed that the Crown Prosecution Service has decided to bring a prosecution for wrongful death by dangerous driving, and the UK government may seek extradition.

"This was an accident, and a criminal prosecution with a potential penalty of fourteen years imprisonment is simply not a proportionate response.

"We have been in contact with the UK authorities about ways in which Anne could assist with preventing accidents like this from happening in the future, as well as her desire to honour Harry's memory.

"We will continue that dialogue in an effort to move forward from this terrible tragedy. But Anne will not return voluntarily to the United Kingdom to face a potential jail sentence for what was a terrible but unintentional accident."

Speaking later outside the CPS HQ in London, she continued: "I'm going to go and buy a Christmas tree and decorate it in green lights like so many of our supporters have done.

"I never thought I'd buy a Christmas tree this year so thank you."

"Justice. Whatever happens now doesn't matter, we got we wanted."

But the US State Department said it fears “it will not bring a resolution closer” and said it would be an "egregious abuse" to deport her back to Britain.

A spokesperson added: "The use of an extradition treaty to attempt to return the spouse of a former diplomat by force would establish an extraordinarily troubling precedent."

They have the power to refuse extradition if they believe Sacoolas still has diplomatic immunity and if the alleged offence is not a crime in both countries.

THE 1961 Vienna Convention makes foreign diplomats and their families immune from prosecution in their host country.

Those who hold that status cannot be automatically charged with a crime — but immunity can be waived by the state that has sent them following an appeal from the Foreign Office.

The immunity only usually covers those based in London, but a special deal with the US extended that to RAF Croughton.

A file of evidence was handed to the CPS last month after Northamptonshire Police interviewed Sacoolas in the US.

They today tweeted to say they "welcome the decision" but would not comment further.

It comes after the parents met with Mr Raab on Tuesday and were told the Government is doing "everything it can" to get justice.

The MP said: "I appeal to Anne Sacoolas herself to do the right thing.

"If there is a charging decision from the Crown Prosecution Service, I urge her to come back to the United Kingdom and co-operate with the criminal justice process."

Speaking previously, Charlotte told how the last time she saw her son alive was when he rode past her on the motorbike as she made her way home from work.

She said: "I put my hand up and I smiled to myself and thought: 'I'll see you in a couple of hours'.

"The next time I saw him was a few hours later. But he was lying dead in the hospital."

Motorcyclist Harry Dunn collides with a Volvo outside RAF Croughton in Northamptonshire.

Harry is taken to the John Radcliffe Infirmary in Oxford, but is pronounced dead shortly after arrival.

Sacoolas leaves the country on a United States Air Force plane, but the Dunn family are not informed of her departure until three weeks later.

Northamptonshire Police are also not told that she has left the UK.

Harry's parents, Charlotte Charles and Tim Dunn, call on US President Donald Trump to intervene and waive immunity for Sacoolas.

Police write to the US Embassy in London to demand immunity is waived for Sacoolas.

Prime Minister Boris Johnson says the US should "reconsider its position" on the immunity given to Sacoolas.

Mrs Charles and Mr Dunn attend a meeting with the Foreign Secretary which leaves them "angry and frustrated" and feeling as though it was a "publicity stunt".

Mr Johnson speaks to Mr Trump personally to ask him to reconsider the US's position on the immunity granted to Sacoolas.

Sacoolas breaks her silence and issues a statement through her lawyer, saying the crash left her "devastated".

The Foreign Office writes to Mr Dunn's family saying Sacoolas does not have diplomatic immunity.

It becomes clear that her husband was an intelligence officer and not a registered diplomat in a recognised role, and therefore neither he nor his wife are entitled to diplomatic immunity.

Mr Dunn's family hold a press conference in New York after taking their fight for justice to the US.

Mr Dunn's family announce their intention to launch a judicial review into the advice given by the Foreign Office to Northamptonshire Police over the diplomatic immunity given to Sacoolas.

The White House calls an "urgent" meeting with Mr Dunn's family and they have talks with President Trump.

Mrs Charles and Mr Dunn refuse to meet Sacoolas, who was in the room next door as they met Mr Trump.

The Dunn family are told Northamptonshire Police have passed a file to the Crown Prosecution Service (CPS) for a charging decision.

Radd Seiger, the spokesman for Harry's family, confirms they would be taking legal action against the Foreign and Commonwealth Office and referring Northamptonshire Police to the Independent Office for Police Conduct over their roles in the investigation.

Northamptonshire Police confirm that they had interviewed the suspect in the case in the US and were passing the file of evidence over to the CPS.

Superintendent Sarah Johnson said: "We can confirm that we have completed an interview of the suspect in connection with the death of Harry Dunn, the details of which will be provided to the CPS for consideration alongside the rest of the evidential file already submitted."

In a letter to Mr Dunn's family, the FCO says the legal claim against them and Mr Raab was "without foundation".

It also said it would "oppose and seek costs" for any judicial review.

Mr Dunn's family meet with Mr Raab again, and the Foreign Secretary then urged Ms Sacoolas to "come back to the UK and co-operate with the criminal justice process".

The CPS charges Sacoolas with causing death by dangerous driving.

Charlotte revealed her tragic son "broke" his body in the devastating crash – but his £700 helmet left his "beautiful" face unscathed.

Northamptonshire Chief Constable Nick Adderley revealed this week he had sent a written apology to the teenager's parents after a "breakdown" in communication.

He was referring to a tweet he posted in October where he used the words "sad but predictable" in response to the news Harry's parents had launched legal action in the US. 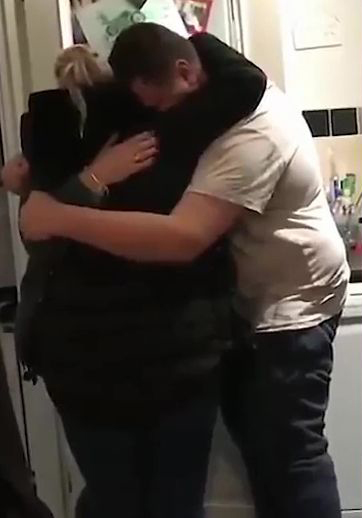 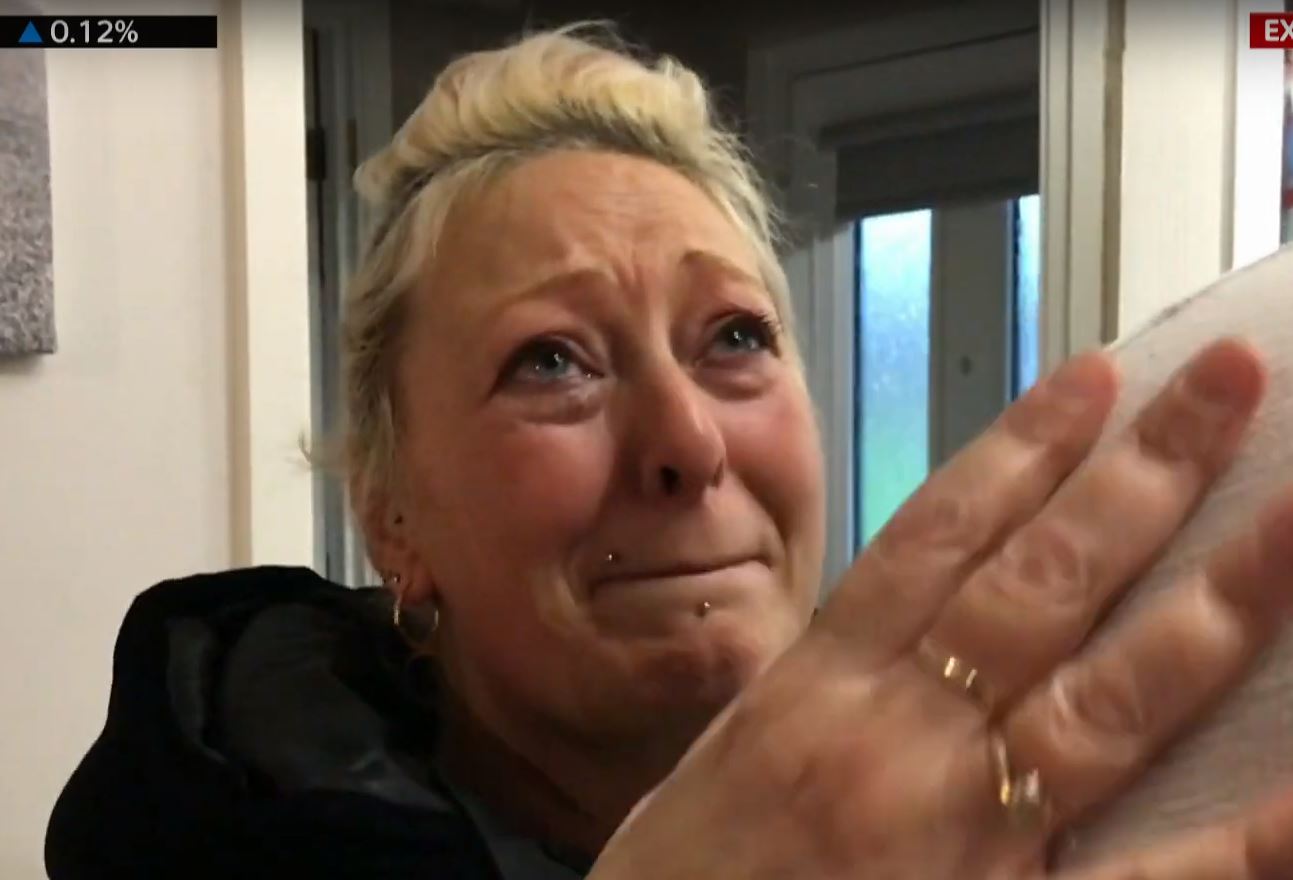 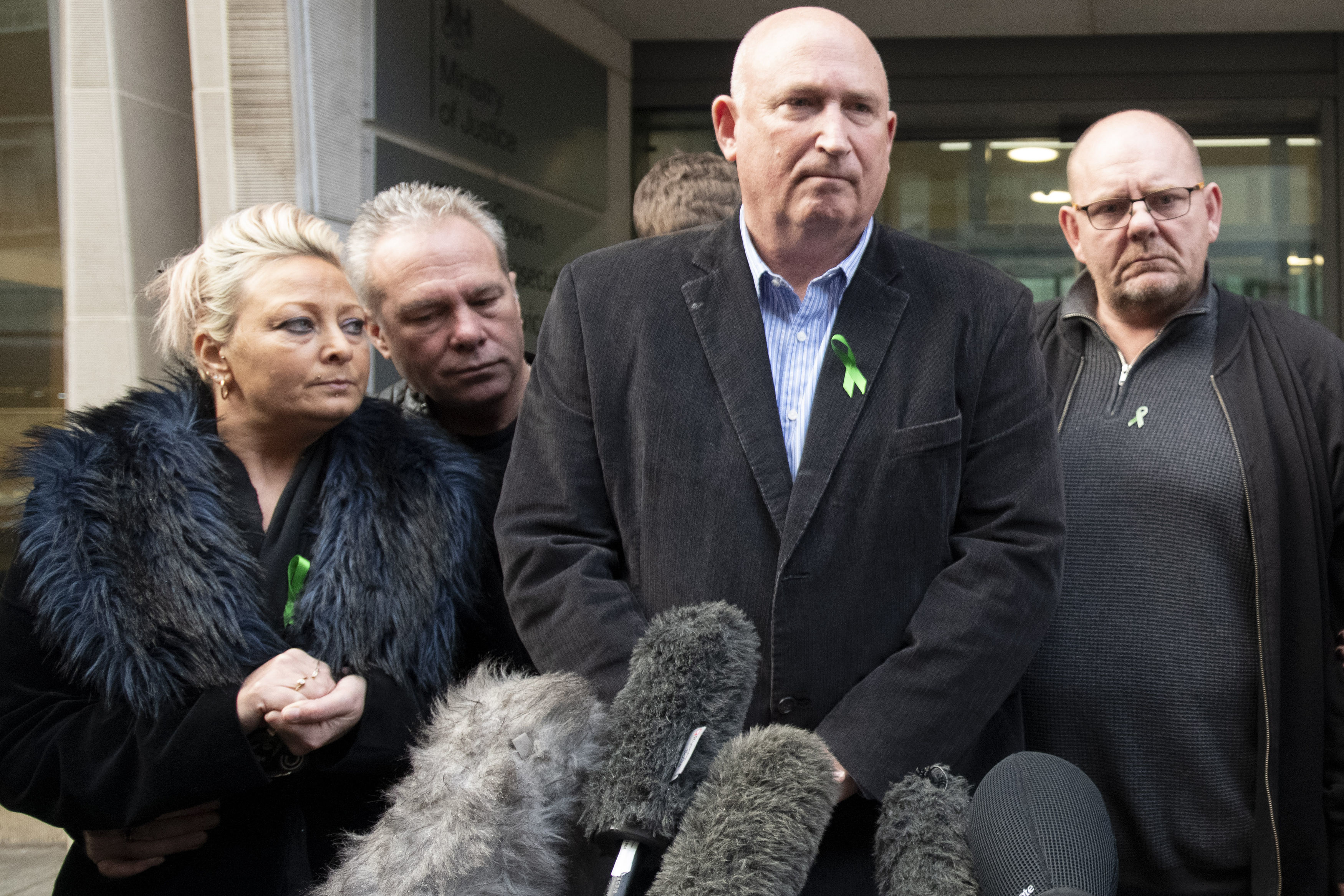 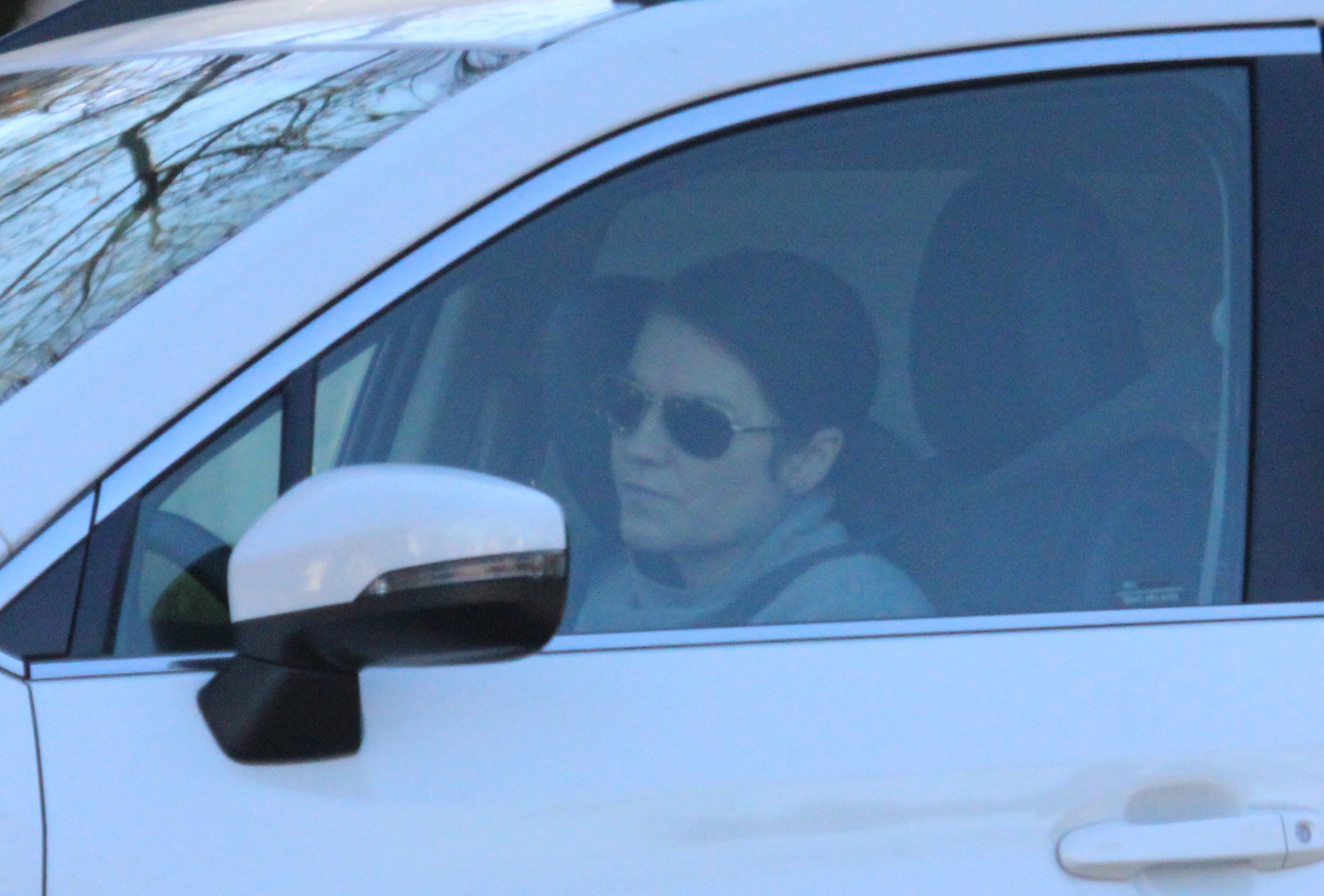