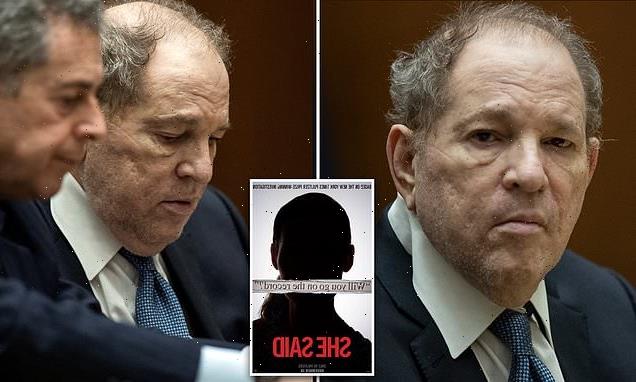 Harvey Weinstein today appeared in a Los Angeles court looking ghoulish ahead of his rape trial later this month.

The disgraced producer, 70, will face 11 counts of sexual assault, including forcible rape from Monday.

Court was in session today to hear the ‘conditional examination of a witness,’ a clerk for the Clara Shortridge Foltz Criminal Justice Center told DailyMail.com.

Weinstein was extradited last summer form New York to LA following claims he attacked five women in hotels in LA and Beverly Hills between 2004 and 2013.

He pleaded not guilty to those crimes in July 2021, just one morning after he had been transferred to California. 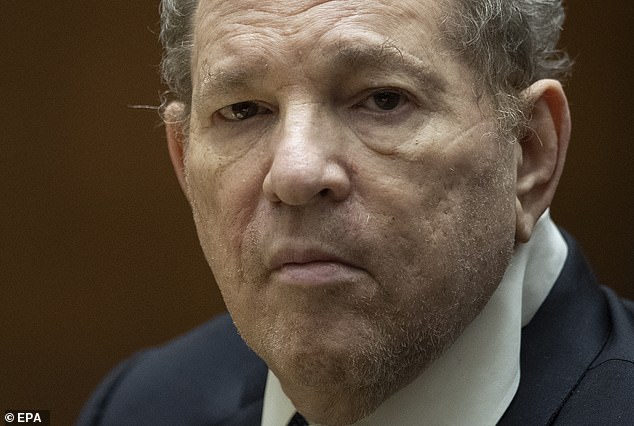 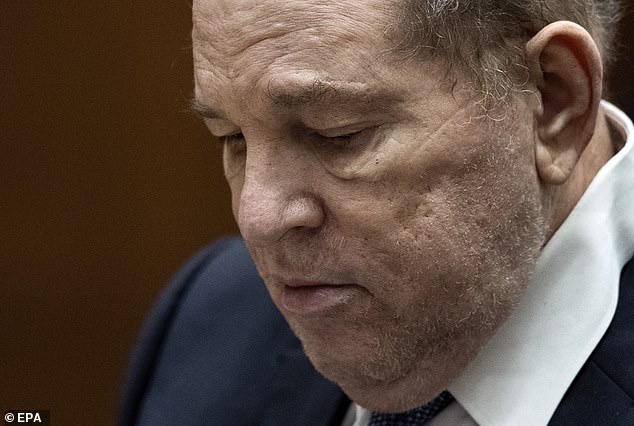 Court was in session to hear the ‘conditional examination of a witness,’ a clerk for the Clara Shortridge Foltz Criminal Justice Center said

Last July Weinstein appeared frail. Sheriff’s deputies rolled him into court in a wheel chair to the arraignment hearing in which he pleaded not guilty.

He looked disheveled wearing a brown jump suit and a mask below his nose. Since then he has been imprisoned in LA County Jail awaiting trial.

Meanwhile his lawyers have been trying to get the number of those accused or testifying against him reduced. He has been in Twins Towers Jail in LA.

Weinstein may also have an another trial in New York should his pending appeal in which he challenges his existing charges be successful. 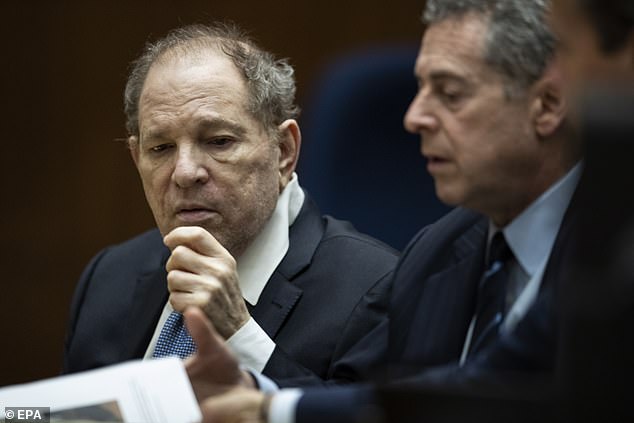 Weinstein pleaded not guilty to the sexual assault charges brought against him, just one morning after he had been transferred to California in July 2021 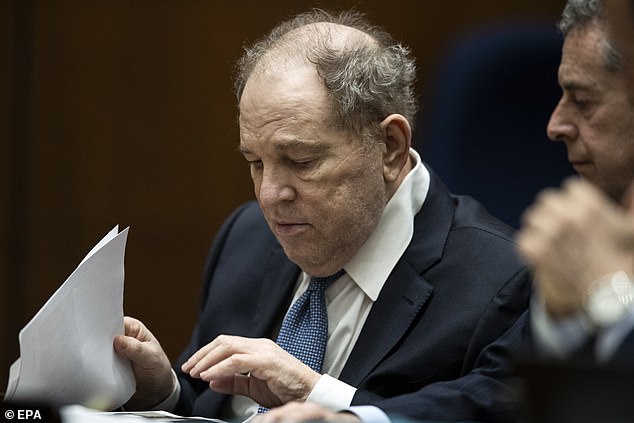 The charges he is facing in California are forcible rape and forcible oral copulation, two counts of sexual battery by restraint and one count of sexual penetration by use of force, according to the Los Angeles County District Attorney’s Office. 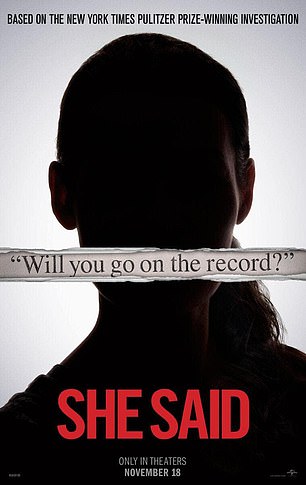 It said: ‘The defendant is charged with raping a woman at a hotel between September 2004 and September 2005. He also is accused of raping another woman on two separate occasions in November 2009 and November 2010 at a hotel in Beverly Hills.’

It comes after a judge rejected his bid to delay the trial until after a movie about his case comes out in November.

Weinstein’s attorney, Mark Werksman argued that a ‘firestorm of publicity’ caused by the film She Said could ‘prejudice the jury’ his client.

LA Superior Court Judge Lisa Lench ruled that the Weinstein trial should go ahead as planned on October 10.

In September Weinstein begged a judge to allow him a private dentist to avoid having rotten teeth pulled out by prison medics.

Due to the large number of witnesses on the prosecution’s witness list the trial is expected to last between six and eight weeks.