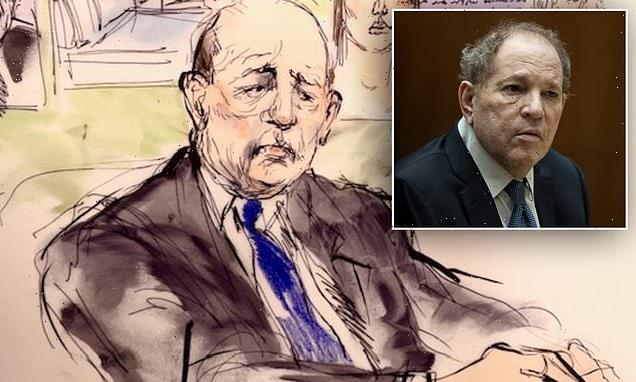 An Italian model and actress among the four women accusing Harvey Weinstein of sexual abuse at his Los Angeles trial recounted the moment he allegedly raped her while struggling to maintain an erection.

Weinstein, 70, is facing 11 charges of rape and sexual assault involving eight women in the Beverly Hills and Los Angeles area between 2004 and 2013.

On Tuesday, one of his accusers, identified as a foreign actress with the pseudonym Jane Doe 1, said he sexually assaulted her in a hotel room in 2013, forcing her to perform oral sex as he had problems maintaining an erection.

It’s the latest in testimony against Weinstein after DailyMail.com reported that California Gov. Gavin Newsom’s wife, Jennifer Sibel Newsom, took the stand on Monday to describe the moment she was allegedly assaulted by the Hollywood mogul.

During Tuesday’s testimony, Jane Doe told the court that she felt helpless and treated like an ‘object’ when Weinstein showed up to her hotel room during the Los Angeles Italia Film Festival during Oscars weekend.

‘I was panicking with fear,’ the foreign actress told the court. ‘I was kind of hysterical through tears.’ 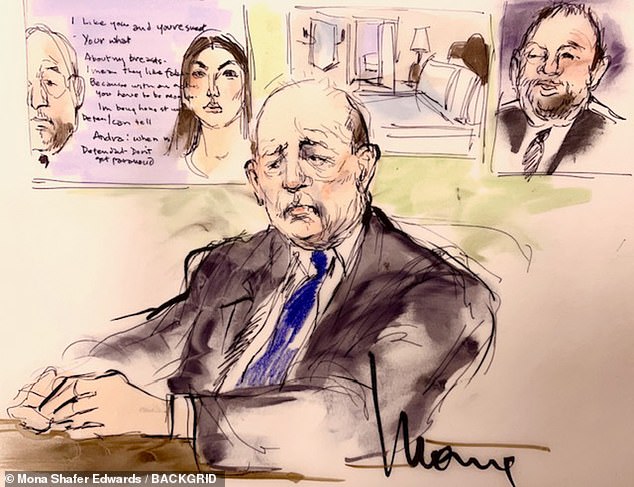 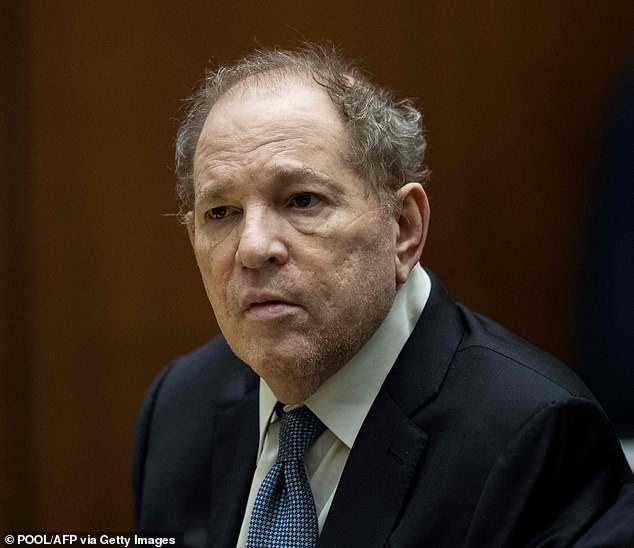 Weinstein (above) allegedly could not get an erection when demanding oral sex, with the victim saying he forced her to the bathroom where he masturbated while touching her

Forcible rape against the same woman on the same day – February 18, 2013

‘Weinstein unlawfully touched an intimate part of Jane Doe #3 while she was unlawfully restrained’.

Picking up from her testimony Monday about the moment Weinstein allegedly barged into her hotel room, Jane Doe said she was physically afraid of the Hollywood exec.

The actress, who said she only weighed 150 pounds at the time, said she has been the victim of rape in the past and feared being beat if she didn’t follow Weinstein’s demands for sex.

When Weinstein allegedly had trouble getting an erection, Jane Doe said he pulled her to the bathroom, where he masturbated in front of a mirror while touching her and demanding she look at their reflection.

‘I wanted to die,’ she said. ‘It was disgusting. It was humiliating, miserable. I didn’t fight.

‘I remember how he was looking in the mirror and he was telling me to look at him. I wish this never happened to me.’

The actress said that she was left weeping in her hotel room as Weinstein told her not to talk about what happened to anyone.

‘My understanding was that he’s somebody powerful so it’s better I not talk’ because it could be bad for me,’ she said.

The Jane Doe said she began drinking heavily after the incident and had only shared the specifics to one other person prior to the trial.

The actress noted that she saw Weinstein again while at the 2017 Italia Film Festival in Los Angeles with her daughter, Maria.

Although the meeting ended without incident, Jane Doe said she continued to feel guilt and shame over her alleged assault.

The new testimony comes after the court heard from Sibel Newsom and her allegations against Weinstein on Monday. 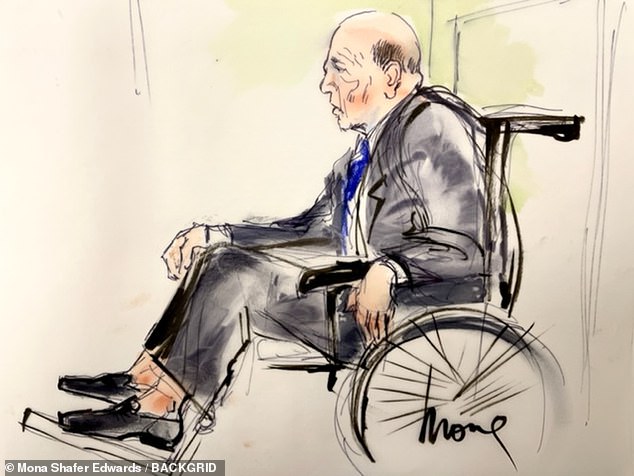 Like on Monday (above), Weinstein, 70, was wheeled into the courtroom. He faces 11 charges of rape and sexual assault involving eight women in the Beverly Hills and Los Angeles area between 2004 and 2013 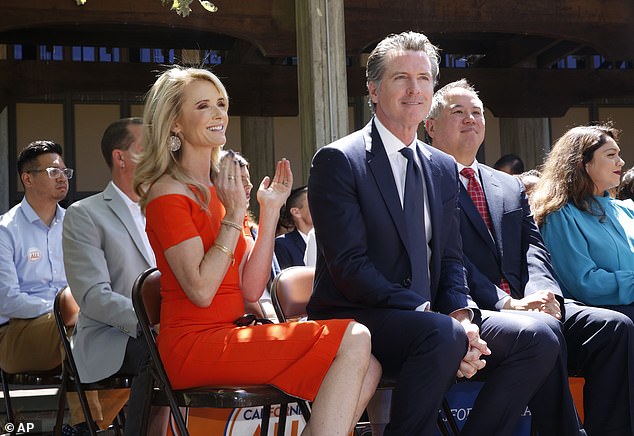 Jennifer Siebel Newsom, wife of California Gov. Gavin Newsom, claims he sexually assaulted her during a business meeting – telling her ‘relax, this is going to make her feel better’

She claims that he assaulted her in 2005 when she was a ‘powerless actor trying to make her way in Hollywood.’

They reportedly met at the Toronto International Film Festival, and Weinstein invited her to ‘discuss her career’ with him at the Peninsula Hotel.

Deputy DA Paul Thompson told the court that Weinstein spoke to her briefly before going into the bathroom and summoned her wearing only a bathrobe.

He went on to say that Weinstein asked her to ‘touch him’ but she refused, before he then referred to ‘a list of A-List actresses’ whose careers he ‘supposedly made’.

The court heard that his voice moved from ‘pleading, to aggressive and demanding’, as he forced her onto the bed leaving her ‘shaking’ before he ‘forcibly raped her’.

She claims that she felt like she had ‘no choice’ but to keep in contact with Weinstein, conversing by email and meeting in public places.

Siebel Newsom met her husband Gavin Newsom a year after the assault but did not tell him about it, with Weinstein donating some money to Newsom. 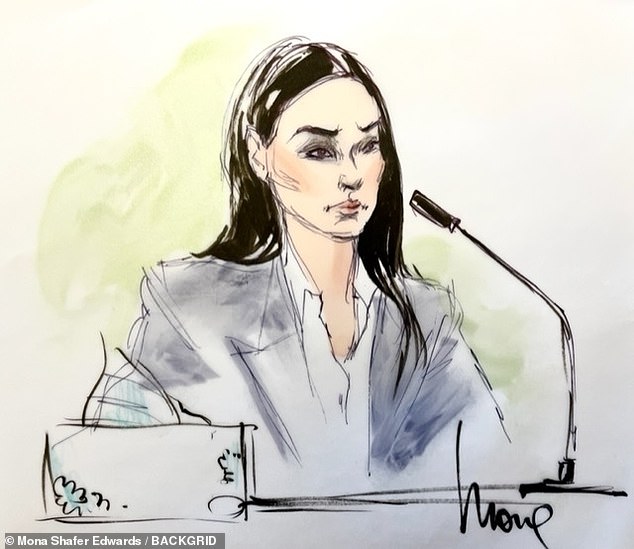 Sibel Newsom, pictured in a court sketch Monday, is one of eight women accusing the disgraced studio head of sexual assault

Weinstein is currently serving a 23-year sentence for sex crimes in New York, with a jury set to hear lurid details about the ‘owner’ he held over the women because of his high position.

Addressing the jury, Thompson said that several other women described being ‘dragged’ to the bathroom and bedroom before being assaulted by Weinstein.

They also claim they felt powerless because he was a ‘big guy’, with one saying: ‘He’s big. He’s broad. He’s overweight. He’s domineering.’

Thompson added: ‘They feared that he could crush their careers if they reported what he had done to him.’

Other accusers reportedly begged him to stop, with one even telling him ‘please I have kids’ as he attacked her.

The jury was also told that Weinstein’s films launched the careers of Quentin Tarantino, Ben Affleck, Matt Damon and Gwyneth Paltrow as well as wielding power with ‘presidential contenders’ – such as Hillary Clinton.

One woman reported an assault by Weinstein to the NYPD in 2015, but the seven other women did not report the rapes until after the scandal exploded in 2017.

However all of the women told ‘friends or family’ about the assaults before 2017, and most of the victims were able to describe ‘unique things about his body’.

Thompson said: ‘What I’m referring to is the result of a surgery that the defendant had in 1999. That surgery caused pretty noticeable scarring, and you’ll see the pictures.

‘Because of an infection, his testicles were actually taken from his scrotum and put into his inner thighs.

‘None of the Jane Does will describe his anatomy perfectly, but most of them will be able to describe these abnormalities that they observed during the assaults.’ 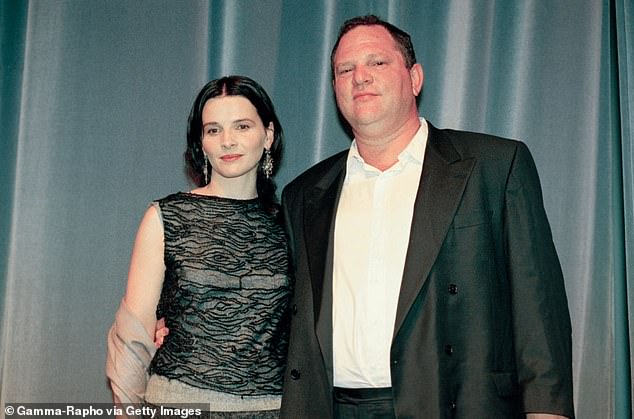 Weinstein (right, pictured with Juliette Binoche) claims all of the interactions with the women were consensual

The trial opened two weeks ago with jury selection, five years after women’s stories about him gave massive momentum to the #MeToo movement 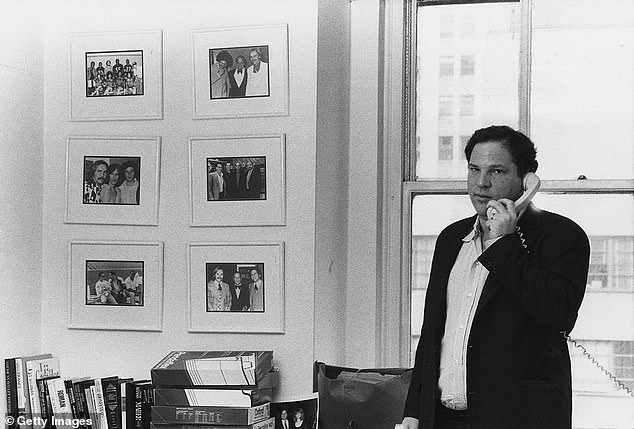 The identities of his other accusers are being kept secret in court documents, which refer to them as Jane Does

His lawyer is set to give his opening statement on Monday afternoon, and it is expected d to be followed by testimony from the first of the accusers, an Italian model and actor who says Weinstein raped her at her Los Angeles hotel in 2013.

Confusion arose in the courtroom, however, when Thompson during his opening statement made no mention of one accuser who had been set to testify as recently as last week.

Weinstein was indicted on 11 counts overall, but four of those counts – including two counts of rape and two of sexual assault – involved the woman who was not included in the opening.

Several of the women claim that they were isolated by Weinstein in a bathroom, with the movie mogul claiming all of the interactions with the women were consensual. 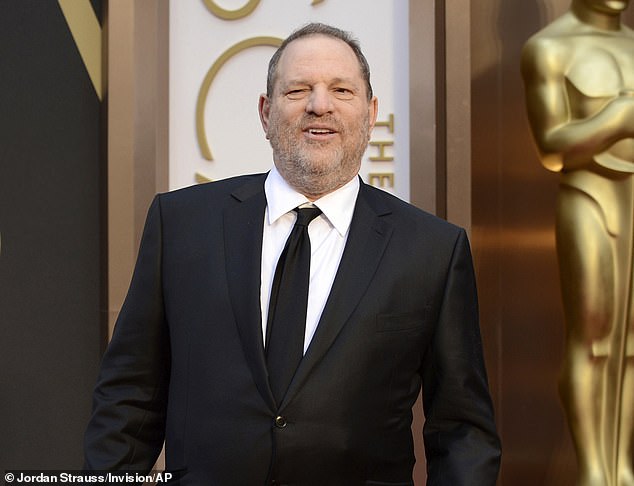 His lawyer is set to give his opening statement on Monday afternoon, and it is expected d to be followed by testimony from the first of the accusers

One of the victims claims that Weinstein groped her and put his hand up her skirt before a member of his team offered her tickets.

She reported the incident to police, and got Weinstein to confess to the incident while on a recorded phone call with the NYPD which led to his arrest.

The actress told Weinstein that she was ‘upset’ with his behavior, before he responded: ‘I will never do anything to you. Five minutes. Don’t ruin your friendship with me for five minutes.

‘If you don’t trust me then we have no reason to do anything, and you will lose big opportunities’.

The trial opened two weeks ago with jury selection, five years after women’s stories about him gave massive momentum to the #MeToo movement.