LONDON (Reuters) – Last May, millions across the world tuned in to watch Queen Elizabeth’s grandson Prince Harry tie the knot with his American actress girlfriend Meghan Markle, with the media feting the couple as the epitome of glamor and royal modernity.

But less than a year later, the couple have found themselves on the receiving end of much less flattering coverage as they prepare for the birth of their first child this spring.

“Frown Jewels: Meg is banned by Queen from using Di gems,” the front page headline on Britain’s biggest-selling newspaper the Sun said on Thursday over a story which claimed the monarch had banning Meghan from wearing royal jewelry, a sign of growing tensions between Harry’s wife and senior Windsors.

There is no doubting the enduring, global fascination with the British royals. On Tuesday, the Duke and Duchess of Sussex, as Harry and Meghan are officially known, launched their first Instagram account. Two days later, it had 3.4 million followers.

While much reporting by the British press on the royal family is respectful, verging on the sycophantic, at other times it can be harshly critical, even cruel.

“The press here in Britain is very aggressive, and they don’t hold back,” said veteran Sun photographer Arthur Edwards who has covered the royals for more than four decades.

The first public acknowledgement that Harry and Meghan were dating in November 2016 came in a statement criticizing the media for intruding into his then girlfriend’s private life.

It was indicative of how Harry views the media which he blames for the death of his mother Princess Diana. She died in Paris in 1997, when he was just 12, when her limousine crashed as it sped away from chasing paparazzi photographers.

“If there is a story and something’s been written about me, I want to know what’s been said. But all it does is upset me and anger me,” Harry said in a broadcast interview while on military service in Afghanistan in 2012.

In his youth, Harry found himself in the headlines for under-age drinking, wearing a Nazi outfit to a costume party and scuffling with photographers outside London nightclubs.

But his popularity grew both with Britons generally and the media who loved his antics when on official engagements, such as posing with the likes of Olympic gold medal sprinter Usain Bolt.

“When you went on tour with Harry before he was married, it was a fantastic tour. Every day he would make great pictures, he would do something that was spectacular,” Edwards said. “We think he’s the best thing in the royal family.”

But since Harry tied the knot, something changed, he said.

Newspapers were given minimal access to the couple’s wedding in May and there has some discontent among senior figures in the industry about the level of access to the royals who continue to be a huge draw for readers.

“Suddenly he’s turned completely the other way – he’s Mr Cool,” Edwards said. “He thinks, possibly, ‘why should I do anything for them?’” 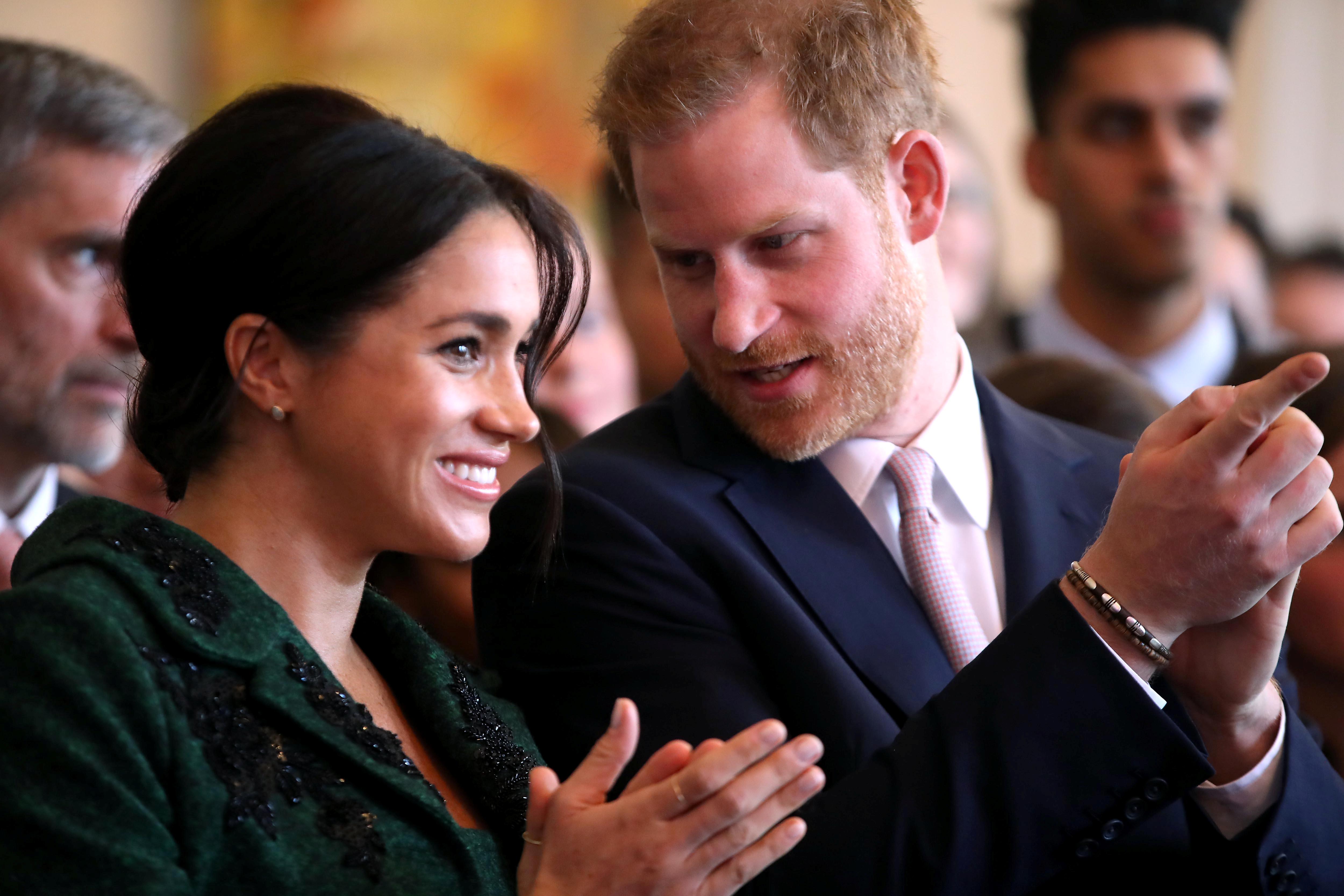 The reason is likely to be the recent coverage of his wife.

There have been numerous reports of excessive demands the new duchess has made of staff and of rifts between Meghan and Harry and his elder brother William and his wife Kate.

Also, Meghan’s family, particularly her father, have regularly made headlines with critical comments about her.

Meghan herself said she avoided newspapers or Twitter. “I don’t read anything, it’s much safer that way,” she told a panel discussion at King’s College London in March.

But in January, U.S. magazine People said five of Meghan’s close friends had broken their silence to speak about the “lies and untruths” and “global bullying” the duchess had suffered and their fears about how this would affect her and her baby.

The following month, her friend, Hollywood film star George Clooney told Australian magazine WHO the media were harassing Meghan as they had Diana.

“She’s a woman who is seven months pregnant and she has been pursued and vilified and chased in the same way that Diana was and it’s history repeating itself,” he said.

Royal commentators and even those on the receiving end say media negativity is a rite of passage for the royals.

“It was something that Prince Charles said years ago when he and Diana were receiving some negative coverage. People put you on a pedestal just to knock you off,” Ingrid Seward, editor of Majesty magazine, told Reuters.

Those who write about the royals say the problem is not so much the media itself, but vicious comments from online trolls and heated social media arguments involving Meghan’s fans. The rise in such abuse led Britain’s royals to unveil a new online protocol last month warning users of possible police action.

“There’s been an awful lot of negativity online, social media, racism, all sorts of vile abuse but that’s not coming from the mainstream media,” said Robert Jobson, veteran royal correspondent for the London Evening Standard newspaper.

“The odd commentator may say something but actually on the whole it’s been very, very positive,” he added, saying people were shooting the messenger for covering negative stories coming from Meghan’s own family.

Readers, though, are not so sure.

“I think she’s been treated a bit unfairly from what I’ve seen,” said student Savanah Edwards. “I see that she’s criticized for a lot and I don’t think that’s fair to her.”

American student Laura Youngblood, 21, said: “I think that she gets a bit of bad rap. Marrying into the royal family is difficult coming from an American background which is a completely different culture. As Americans as a whole, we admire her so much – we think she’s great.”

In a speech to 12,000 children and teachers at Wembley Arena in London last month, Harry made little secret of his ongoing dislike of the media.

“Every day you are inundated with an over-exposure of advertising and mainstream media, social media and endless comparisons, distorting the truth and trying to manipulate the power of positive thinking,” he told them. “But you don’t let them sway you.” 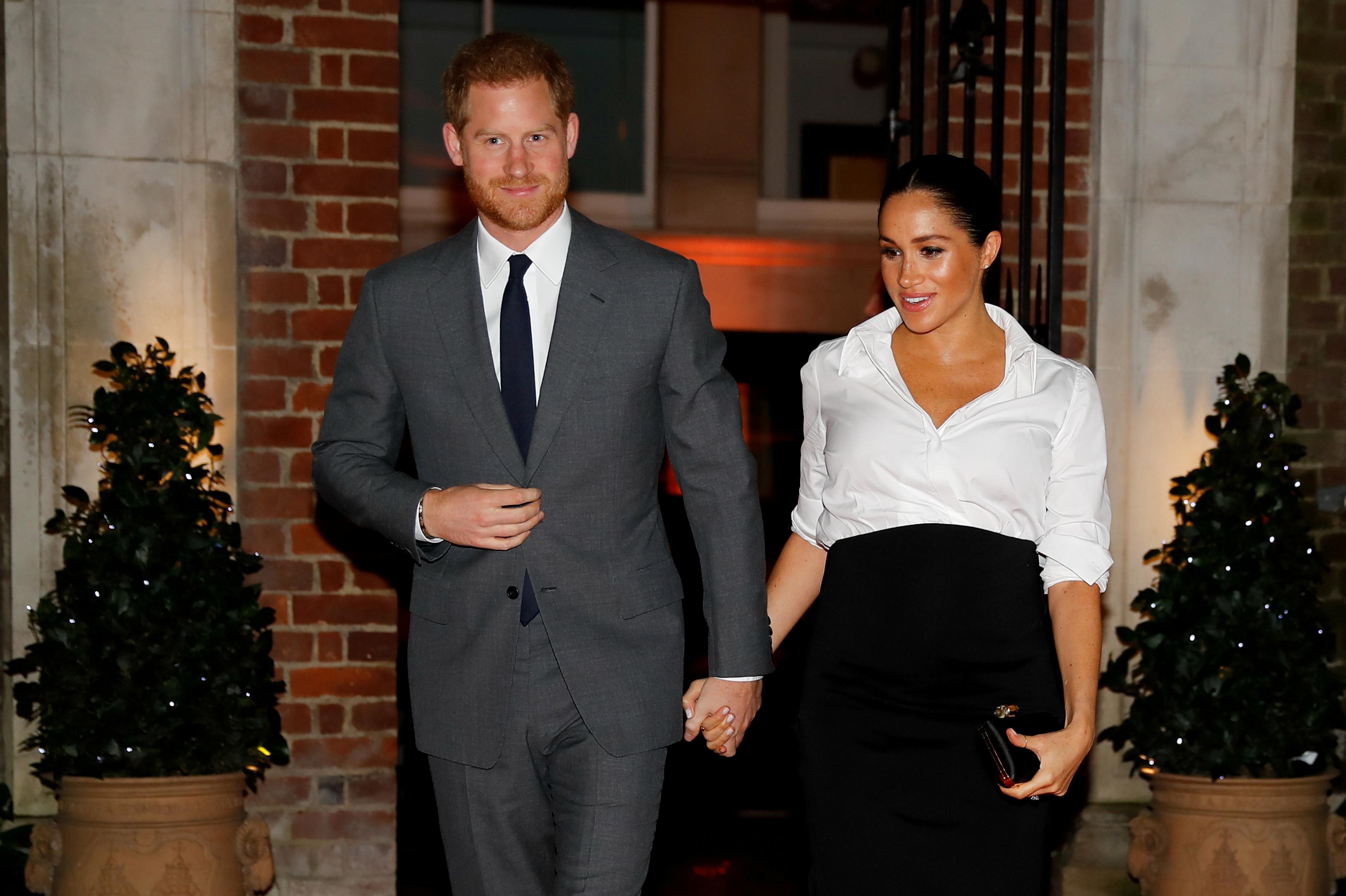 Whatever the Windsors might think of the media, royal watchers say there is a symbiotic relationship between the two.

“The bottom line is when they’re doing their job they want to be seen doing what they’re doing and they’re quite happy to give access to the media,” Jobson said.