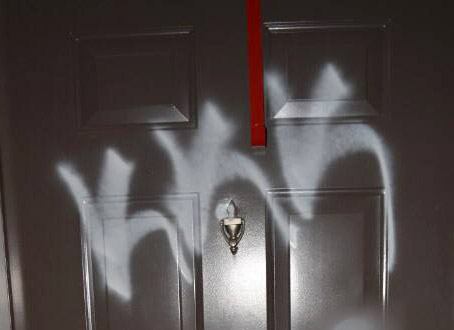 A couple years ago, Denver Deputy District Attorney Bilal Aziz took a man to trial on a hate crime charge after he attacked two Hispanic men.

However, Aziz and his team petitioned the judge to take into account previous reports of the man’s racist behavior.

They won a conviction.

The prior examples of racist behavior made their argument much stronger, illustrating the incident was not isolated, Aziz said.

But people reporting racist behavior is rare, according to a new survey from Hate Free Colorado.

Earlier this week, Hate Free Colorado released a survey that discovered hate crimes and bias-motivated incidents in Colorado are more frequent than previously thought and are rarely are reported to law enforcement. Hate Free Colorado’s survey found three out of every 10 residents have experienced a hate crime within the past five years, according to a first-of-its-kind survey of nearly 5,200 adult Coloradans.

Jeff Mack from the Matthew Shepard Foundation, one of the founders of Hate Free Colorado, said the survey put into light how common it is for people to experience hate crimes.

The survey also found six out of 10 LGBTQIA+ people between the ages of 18 to 24 have experienced hate crimes.

The Denver DA’s office participated in the survey because hate crimes are priority. Aziz, who is part of the bias-motivated team, said it is  important for people to speak out about their experience. He wants people to feel that they can be heard.

Hate Free Colorado was formed in 2017, and it has 18 organizational members and seven law enforcement partners. The different organizations worked together throughout Colorado on the survey.

Jeremey Shaver, the senior associate regional director of the Anti-Defamation League, which coordinated the survey, said it gives the state a chance to begin a deeper conversation between law enforcement, local government and impacted communities.

“This survey allowed us to gather some narrative behind the numbers and reports,” Shaver said. “With surveys and studies it is easy to focus only on the statistics and public aspects. When someone is targeted their feeling of safety and belonging is heavily impacted. What’s important to look at is the impact of the quality of life for Coloradans,”