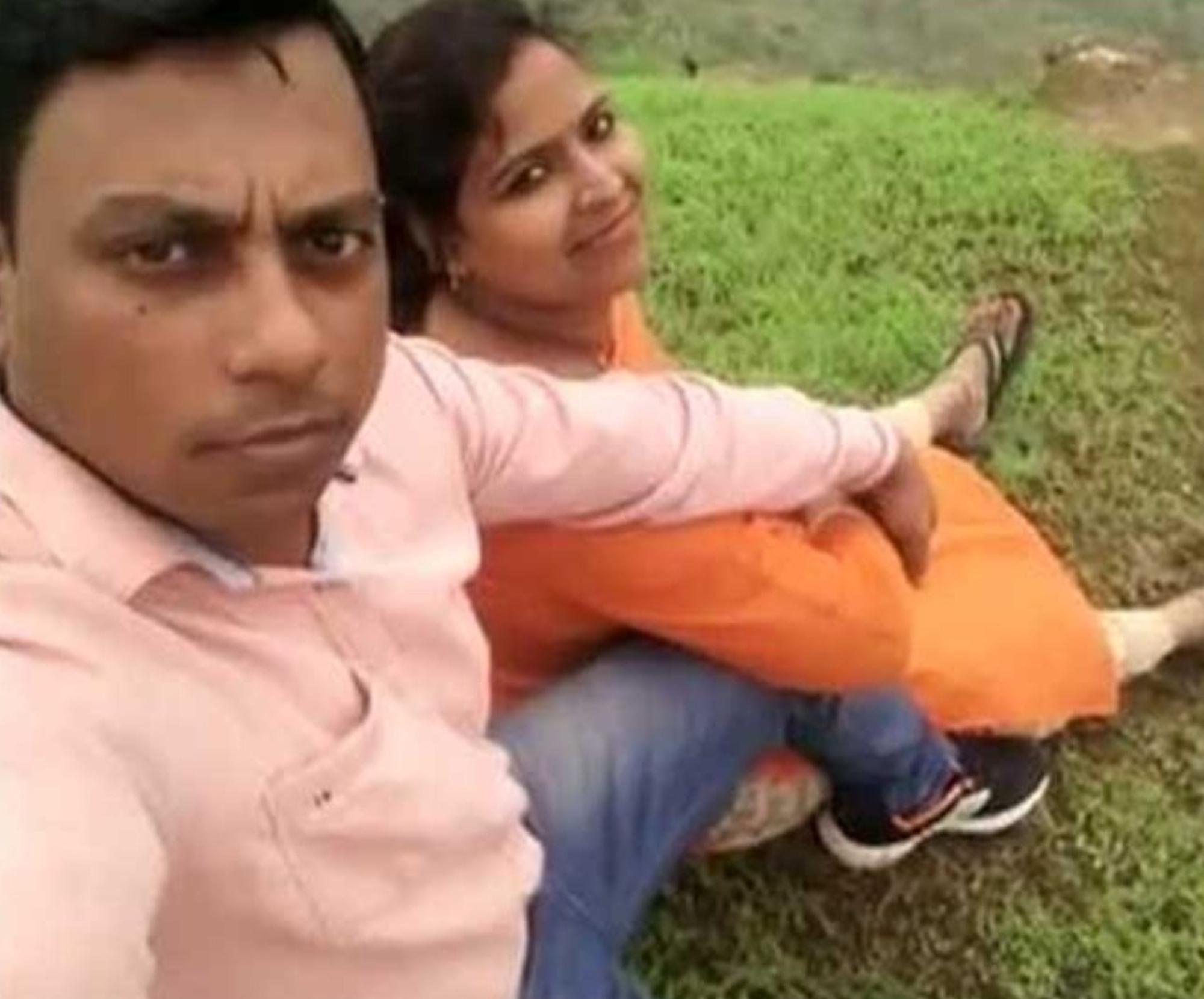 Mrs Chouhan, from India's capital city of Delhi, was admiring the view from Louisa Point, which offers views of the nearby Prabal Fort, with her husband, Ram Chouhan, 38, a painting contractor, and their three children.

They posed for several photographs from the look-out point before Mrs Chouhan slipped and fell into the 500-foot (152-metre) deep valley while trying to take a selfie with her smartphone, reportedly a few minutes after her husband took the one in which they are both pictured with the valley in the background.

Superintendent of Police Sanjay Patil said: "Chouhan had come to Matheran, a hill station known for its mild climate and well-preserved colonial architecture, with her husband and three children."

Her shocked husband contacted the police and a rescue operation was launched. 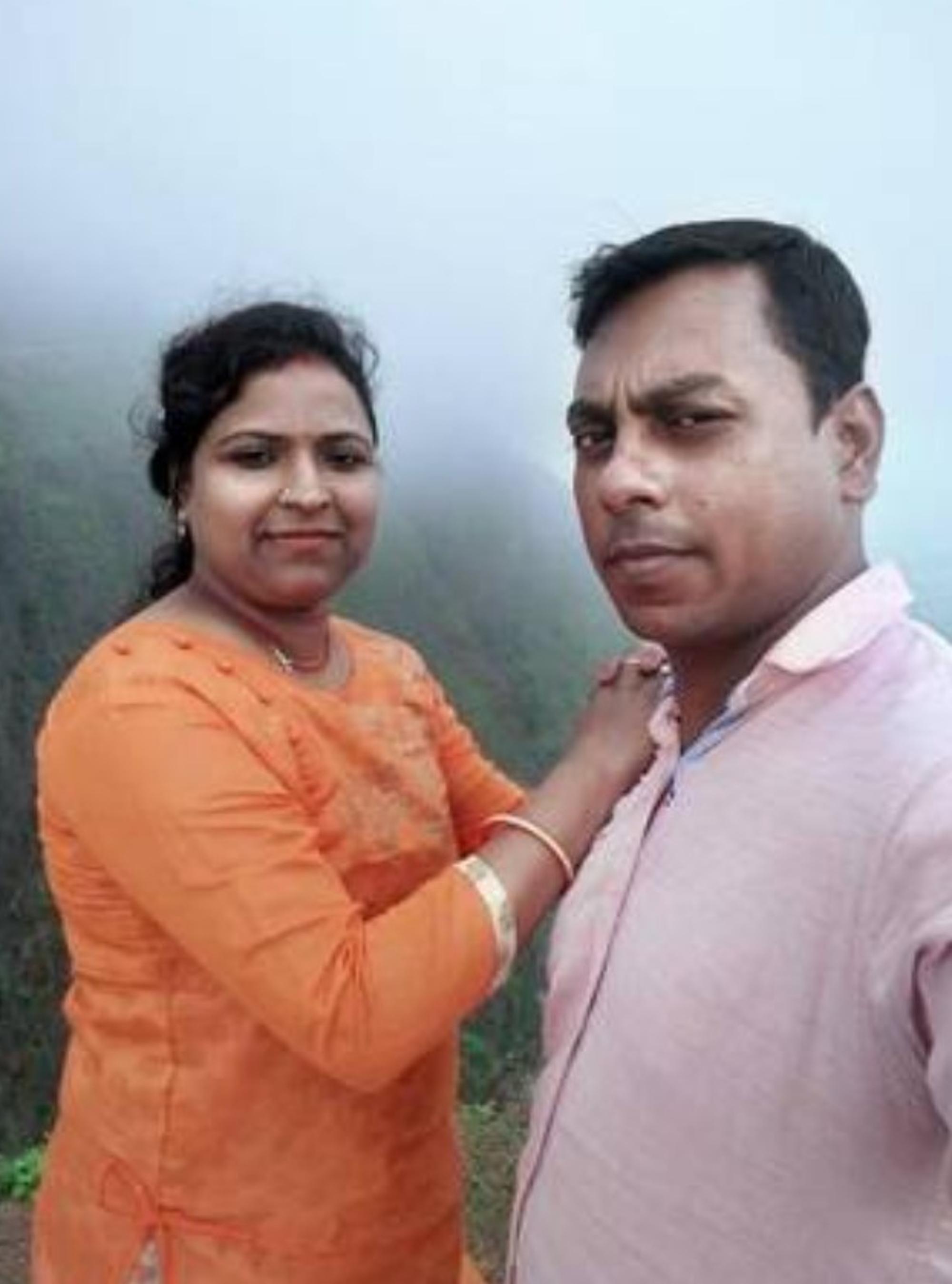 Police eventually recovered her body from the valley after a five-hour search at midnight.

A postmortem was conducted at a nearby hospital and her body has already been handed over to her family, Supt Patil said.

Matheran, the smallest hill station in India, is located on the Western Ghats range at an elevation of around 800 metres (2,625 feet).

Its proximity to major cities, including Mumbai and Pune, make it a popular weekend getaway for urban residents.