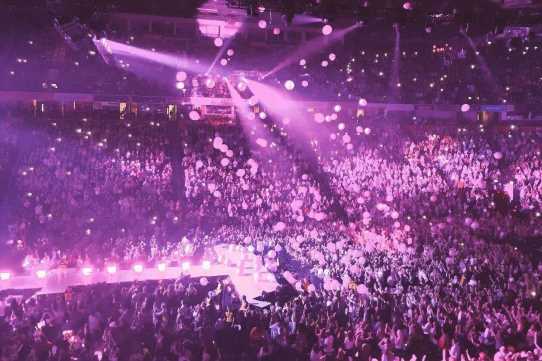 THIS HAUNTING image shows a packed crowd of Ariana Grande fans at the Manchester Arena just moments before a suicide bomber unleashed a "nail bomb" that left 22 people dead.

The US pop star had left the stage and concert-goers were exiting the venue when an explosion tore through the foyer outside the main hall – detonated by a lone attacker. 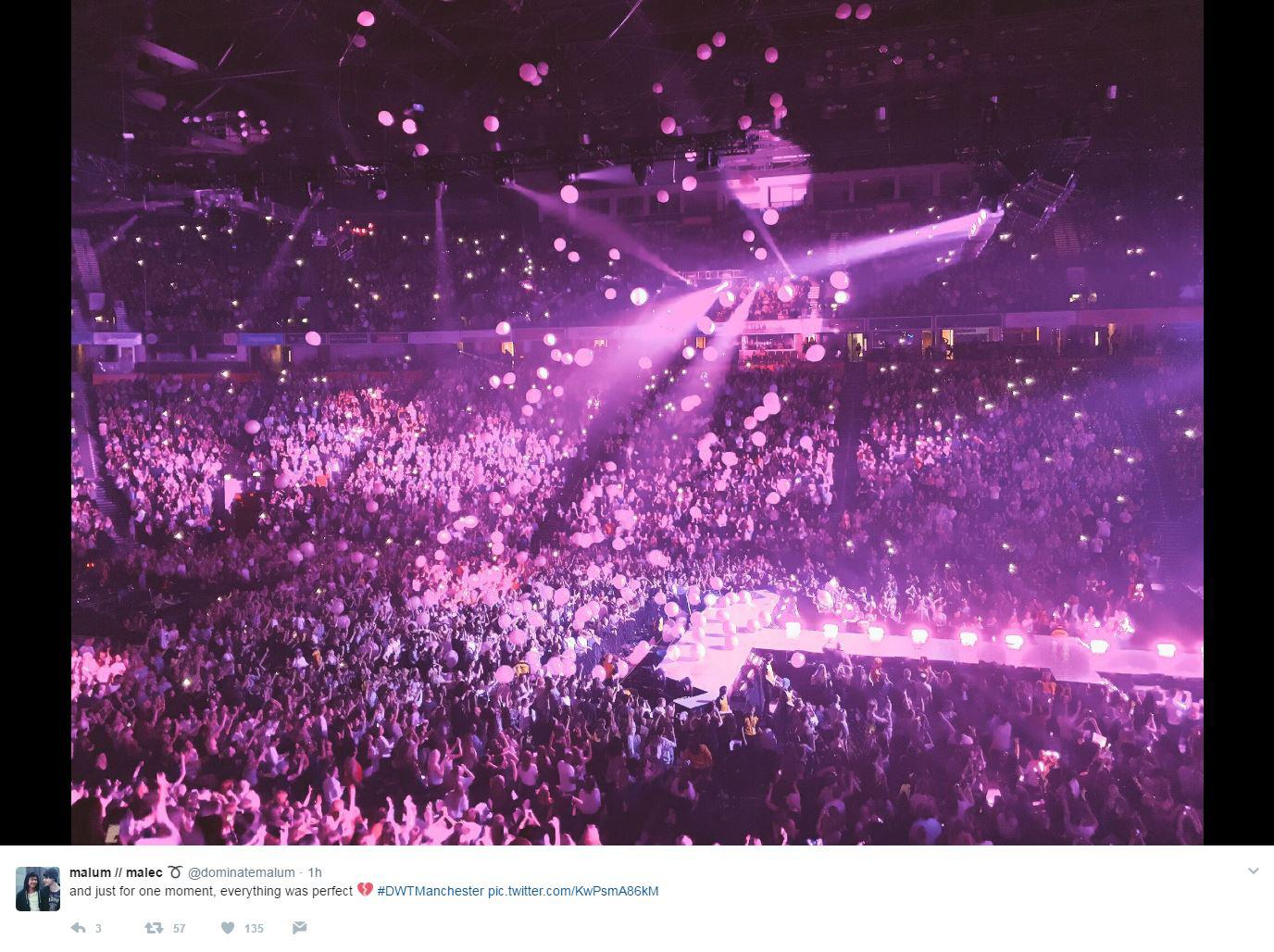 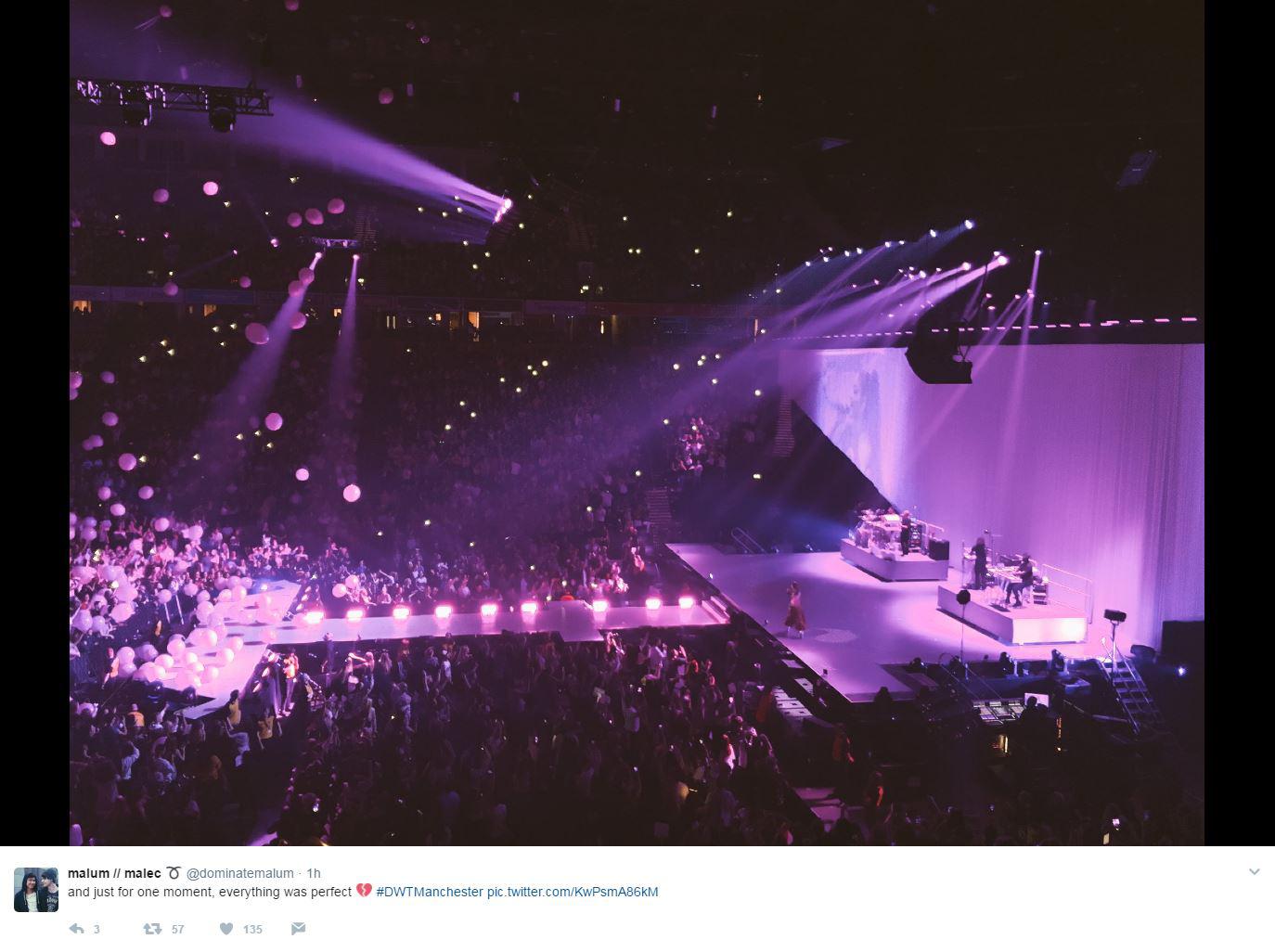 Minutes earlier thousands of young fans – some wearing kitten ears like their idol – had watched as she performed the final song of her set as part of the highly anticipated Dangerous Woman tour.

Images show the room lit up in pink as balloons were released into the adoring crowd, many of which were children.

But as fans filtered out through the exit shortly after 10.33pm an attacker detonated an improvised explosive device killing 22, including children, and leaving dozens injured.

Police in Manchester believe last night’s atrocity was carried out by one person who targeted the artist's concert – popular with youngsters.

The lone attacker detonated an “improvised explosive device” and died at the scene.

Greater Manchester Police confirmed children were among the 22 killed in the blast at a press conference this morning. 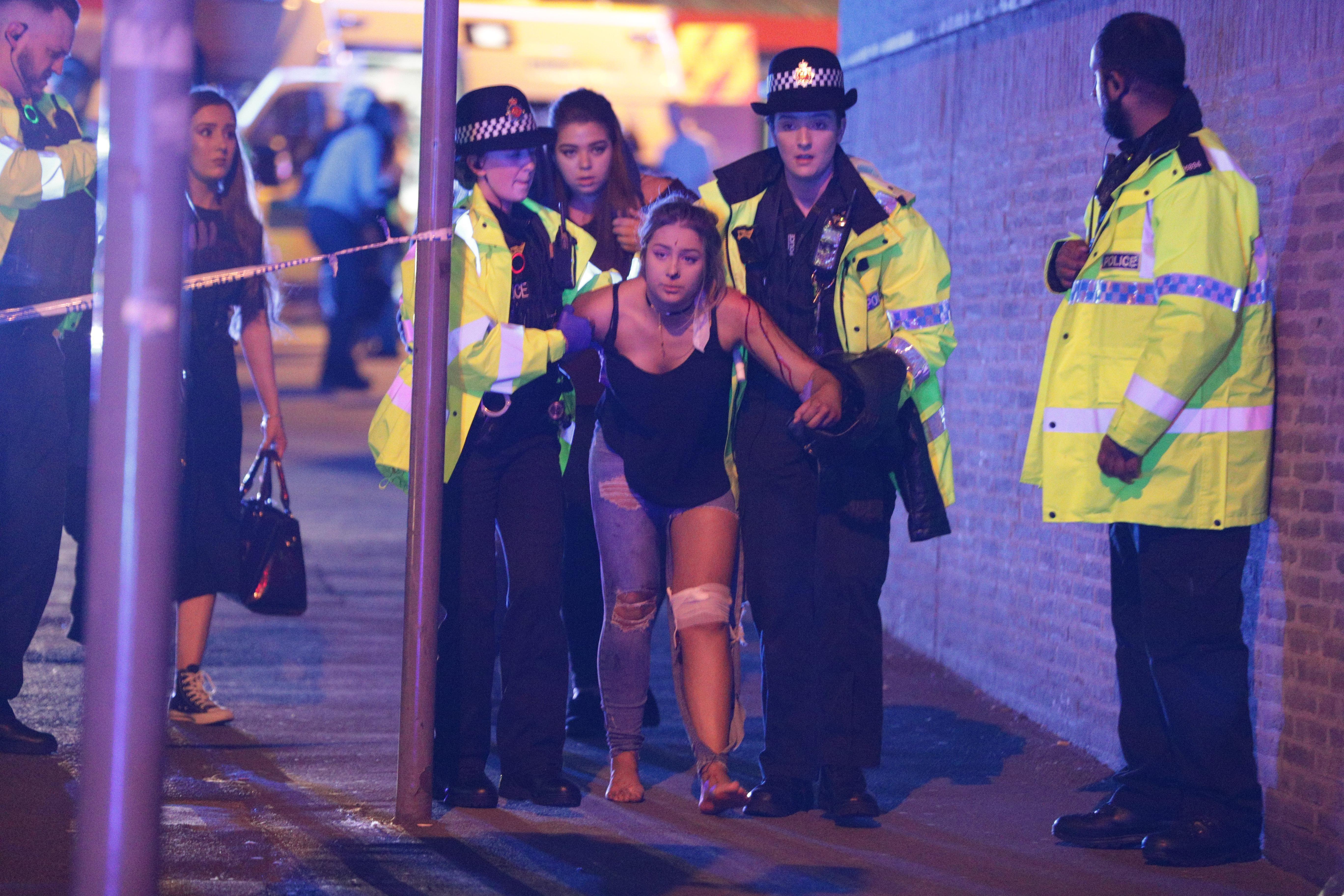 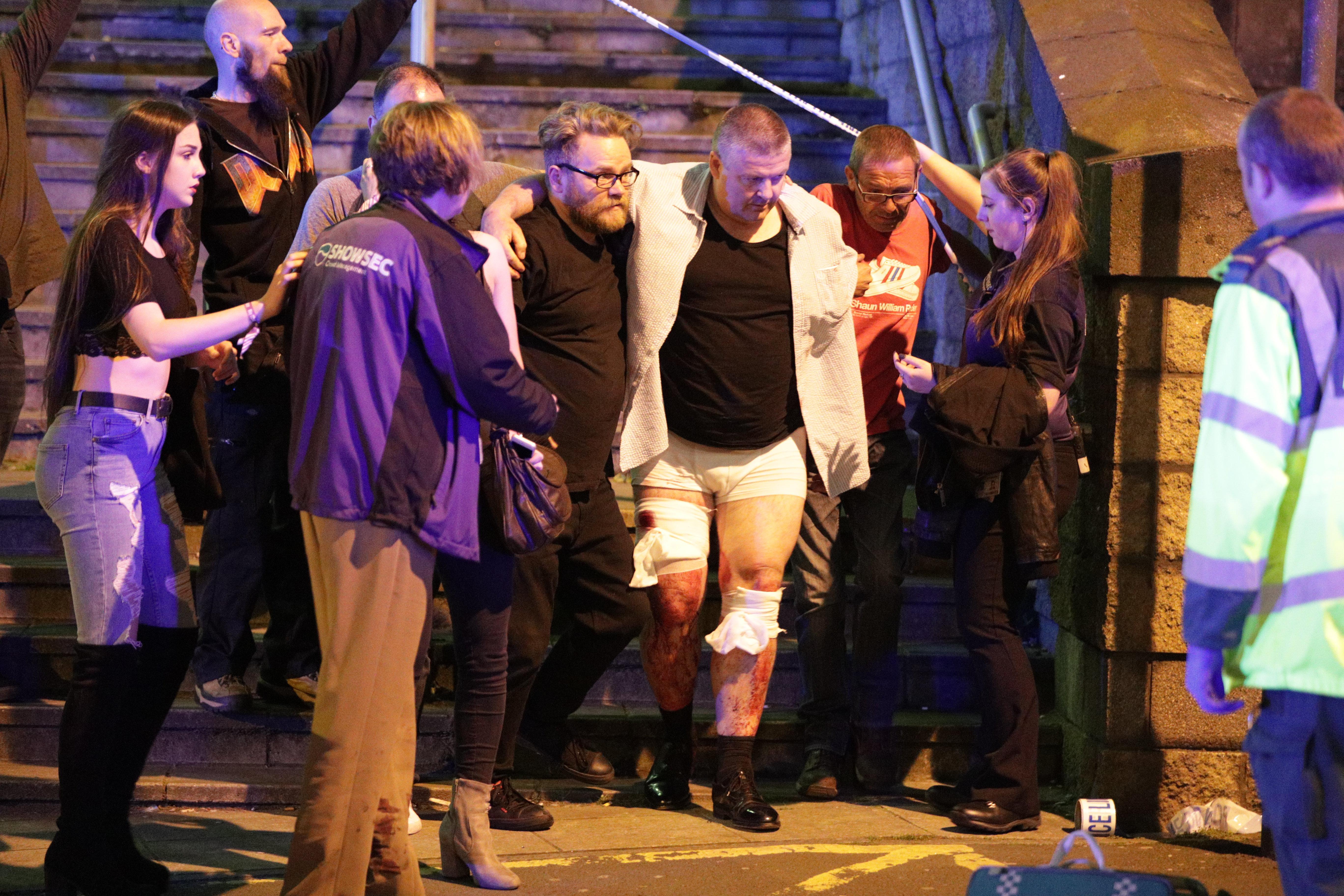 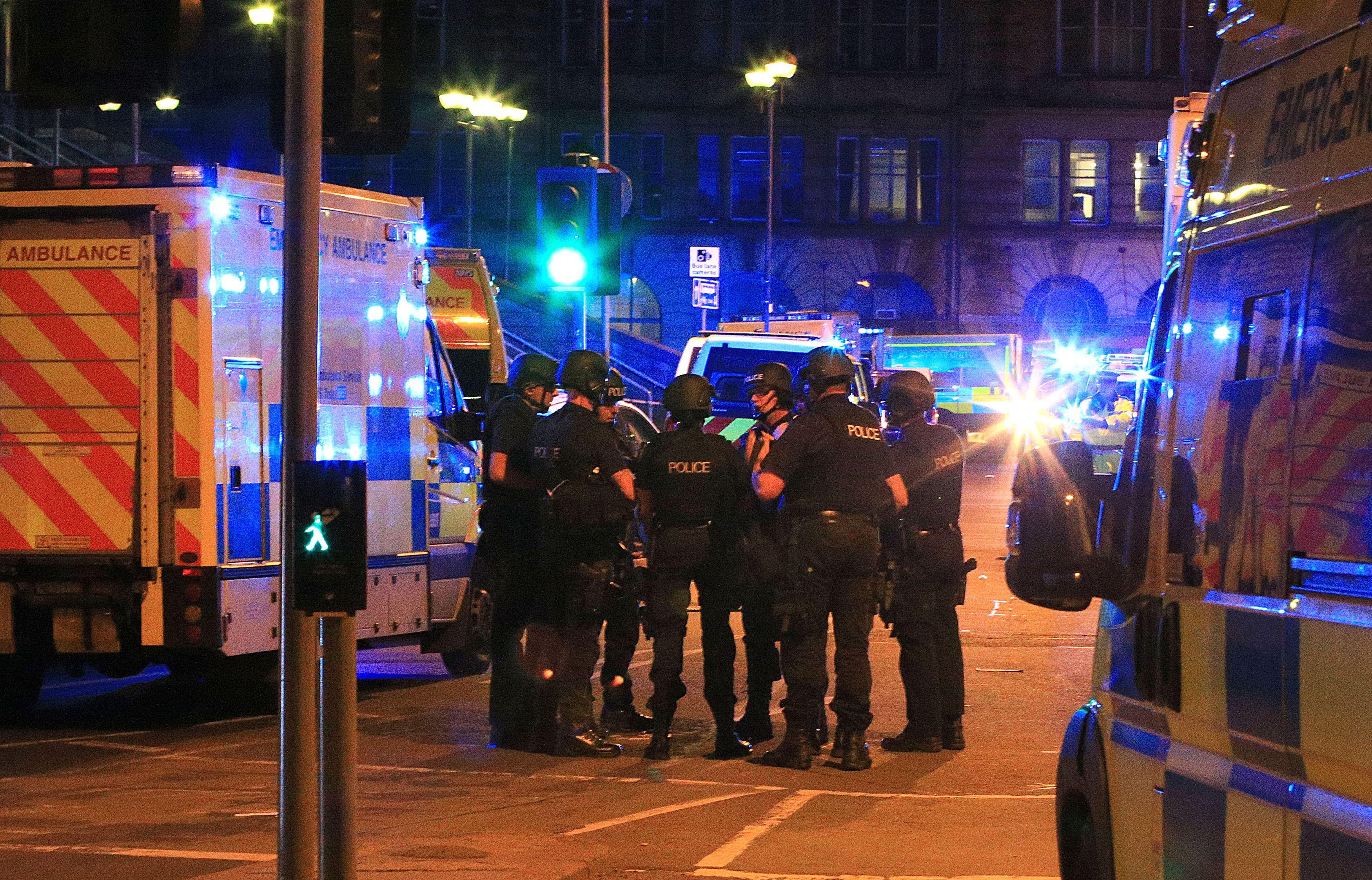 Footage showed screaming fans, many of them young girls, fleeing the venue after Britain’s deadliest terror attack in 12 years.

Grande, who was due to give a concert in London later on Tuesday, said she was “broken” in a tweet.

According to police, the blast occurred “within the foyer area of the stadium.” Manchester Arena said the blast took place “outside the venue in a public space.”

Victims described being thrown by the blast that scattered nuts and bolts across the floor.

More than 240 calls were made to the emergency services, with responders including 60 ambulances flooding the area.

More than 400 police officers were deployed as part of the operation, with a visible presence remaining on the streets of Manchester on Tuesday.

The injured are being treated at hospitals across Greater Manchester, and a hotline has been set up for those with concerns over loved ones who remain unaccounted for. 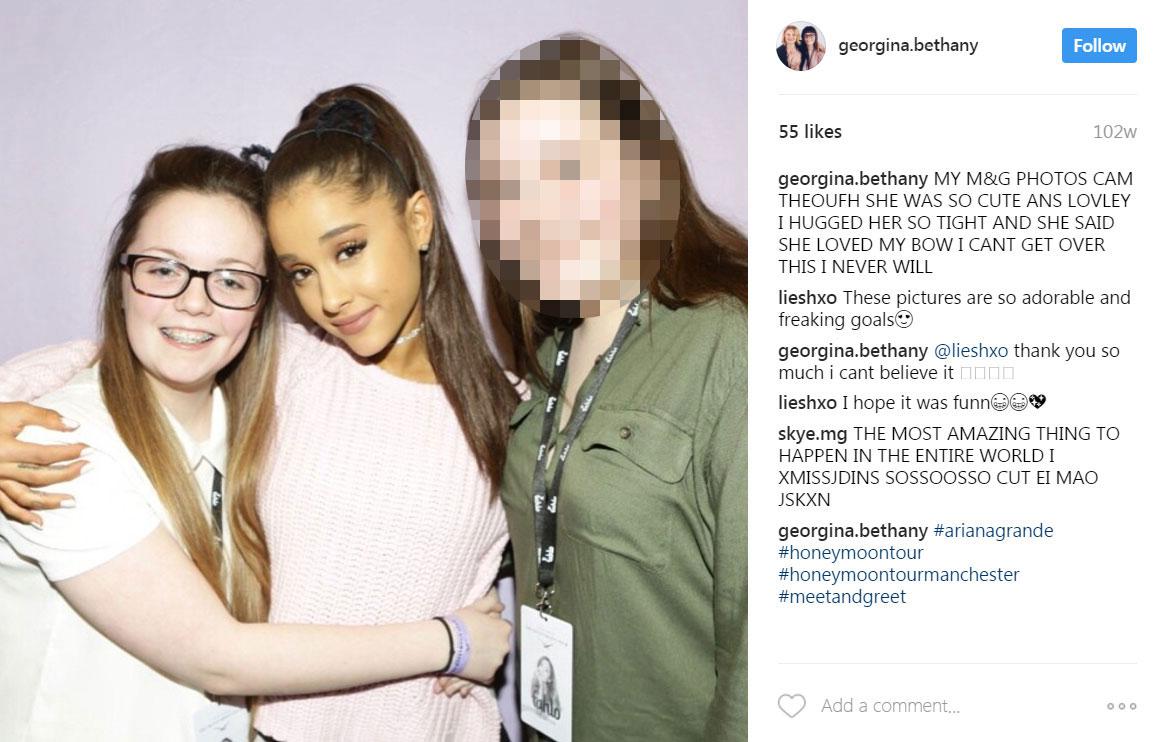 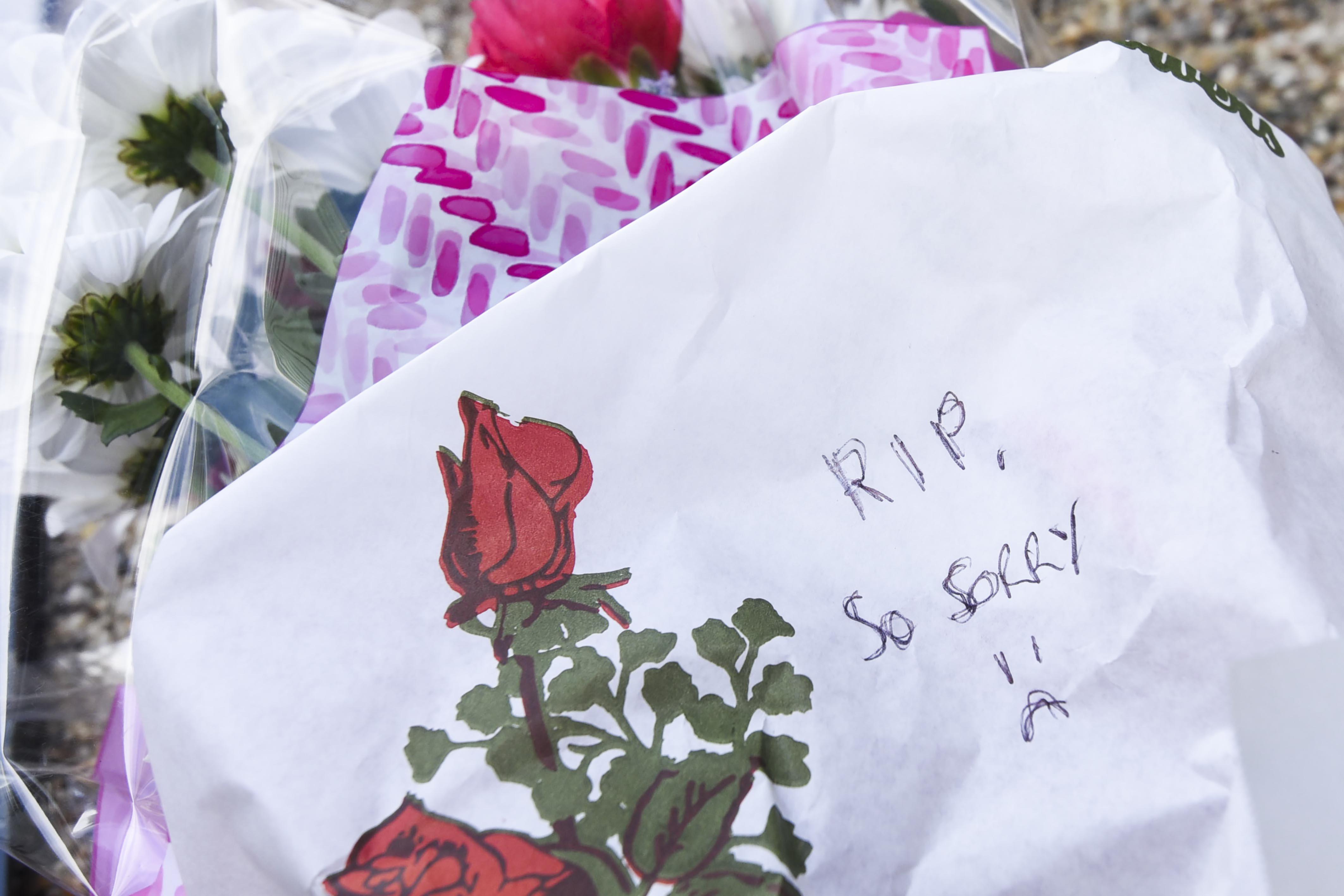 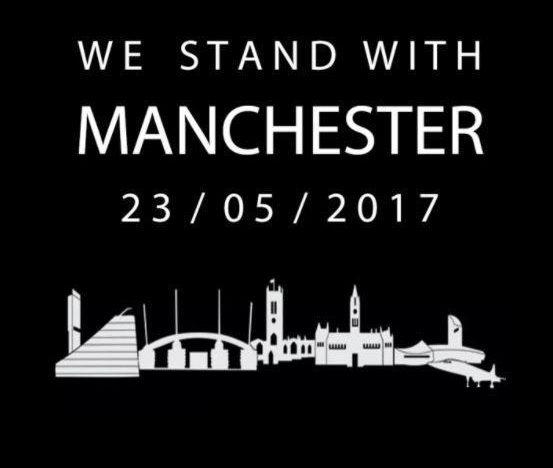 Police have appealed for concert-goers and witnesses to provide them with any footage they have from the scene if they believe it can assist the probe.

The arena foyer connects the 21,000-capacity auditorium with Victoria train and tram station, a major transport hub on the northern edge of the city centre.

British Prime Minister Theresa May condemned it as “an appalling terrorist attack”.