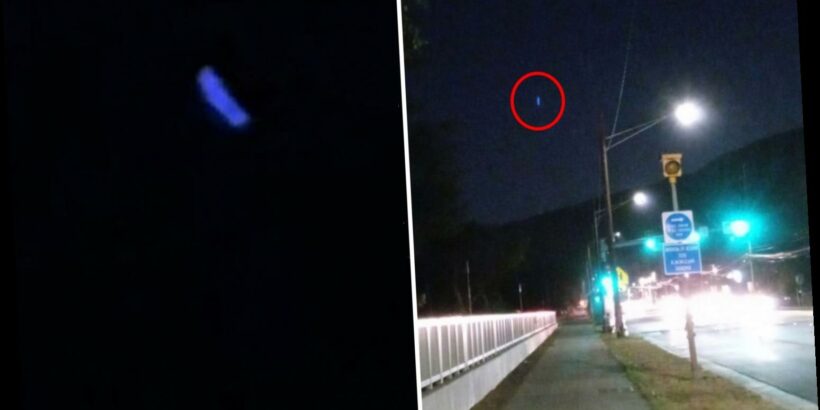 COPS were called after a blue glowing UFO was spotted falling into the water off the coast of Hawaii.

State authorities have notified the US Federal Aviation Administration (FFA) after the bizarre incident on December 29. 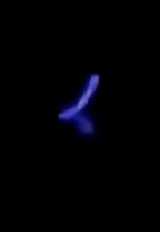 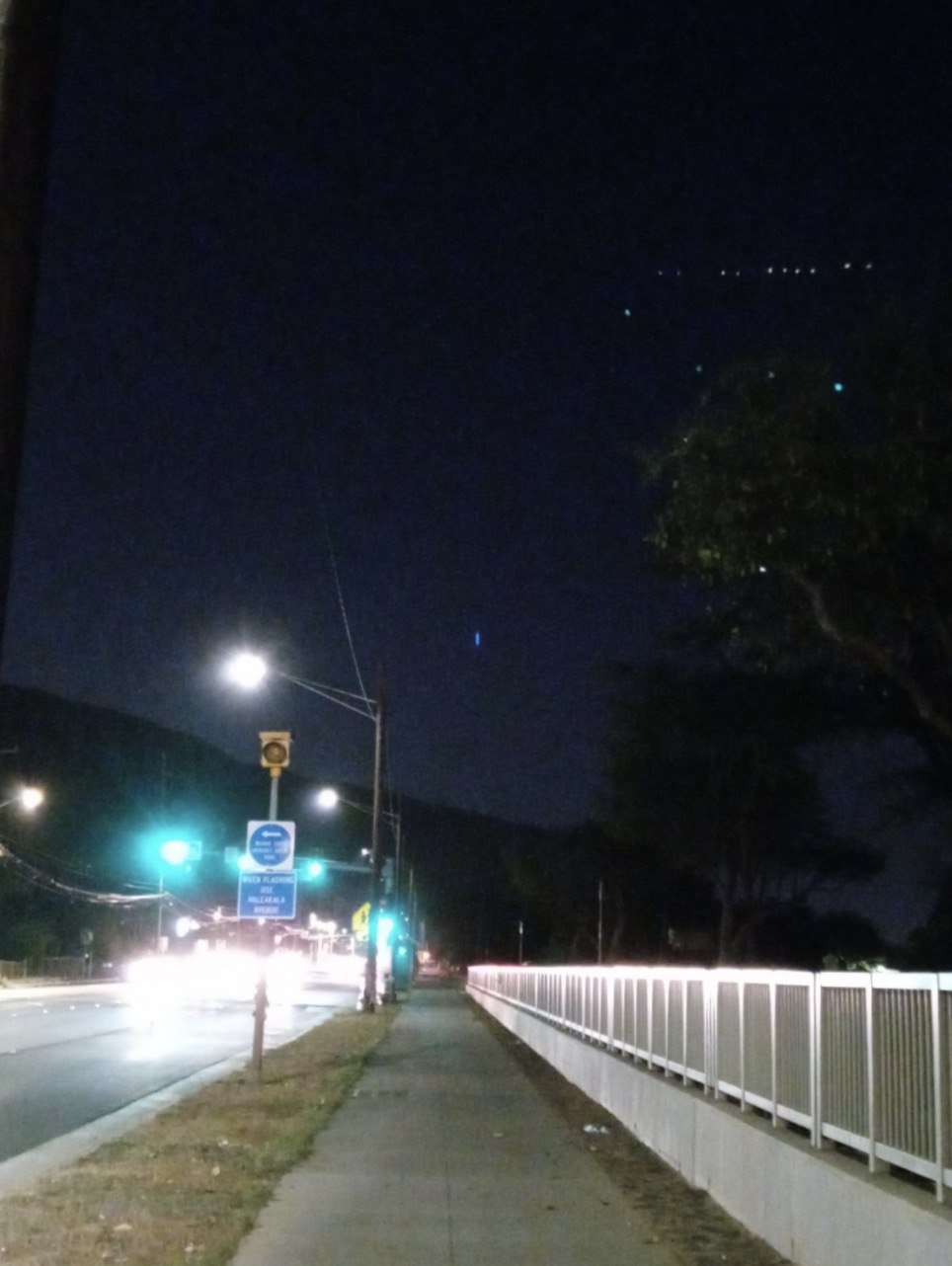 Multiple eyewitnesses spotted the object which was seen moving quickly through the skies over Leeward Oahu at around 8.30pm.

Videos taken by those on the ground show the blue glowing oblong mass flying through the darkness.

FAA officials have not been able to offer an explanation as no planes were reported in the area at the time.

"I look up and then I was like oh s***," a local woman, named only as Moriah, told Hawaii News Now.

"I started calling my husband and them because they were all in the garage.

Moriah said the object appeared to be larger than a telephone pole and did not appear to be making any sound.

The 38-year-old explained she was not a believer in UFOs, but the object had them intrigued.

The couple then followed the UFO in their car for about three miles before stopping on the Farrington Highway.

Moriah added: "I don’t know what it was. This one was going so fast." 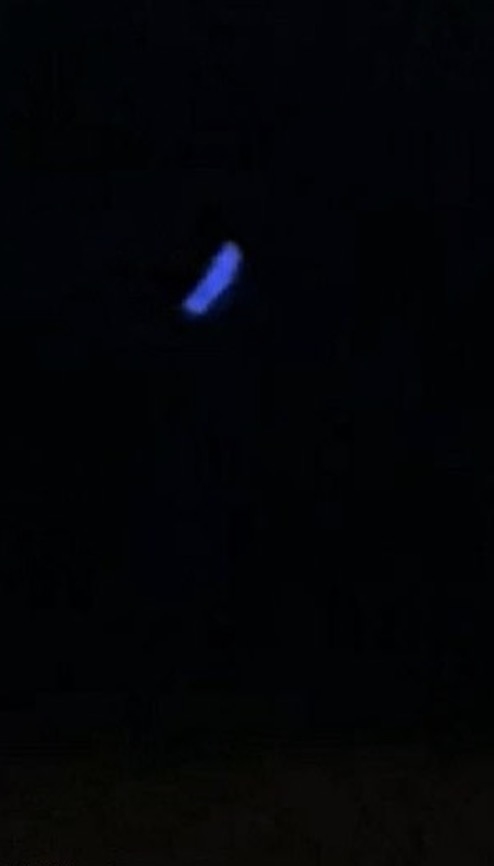 As the blue object then appeared to fall into the ocean, Moriah and her husband then phoned the police.

Cops arrived and then the couple spotted another object – an unidentified white light.

It appeared to be travelling in the same direction before disappearing over a mountain.

Police reported the incident the FAA who said they did not have any reports of "overdue or missing aircraft" near Hawaii.

The department said it did not have any information and the strange blue light remains a mystery.

Multiple videos captured the appearance of the blue UFO, with one woman heard in a clip saying, "Something is in the sky. What is that?". 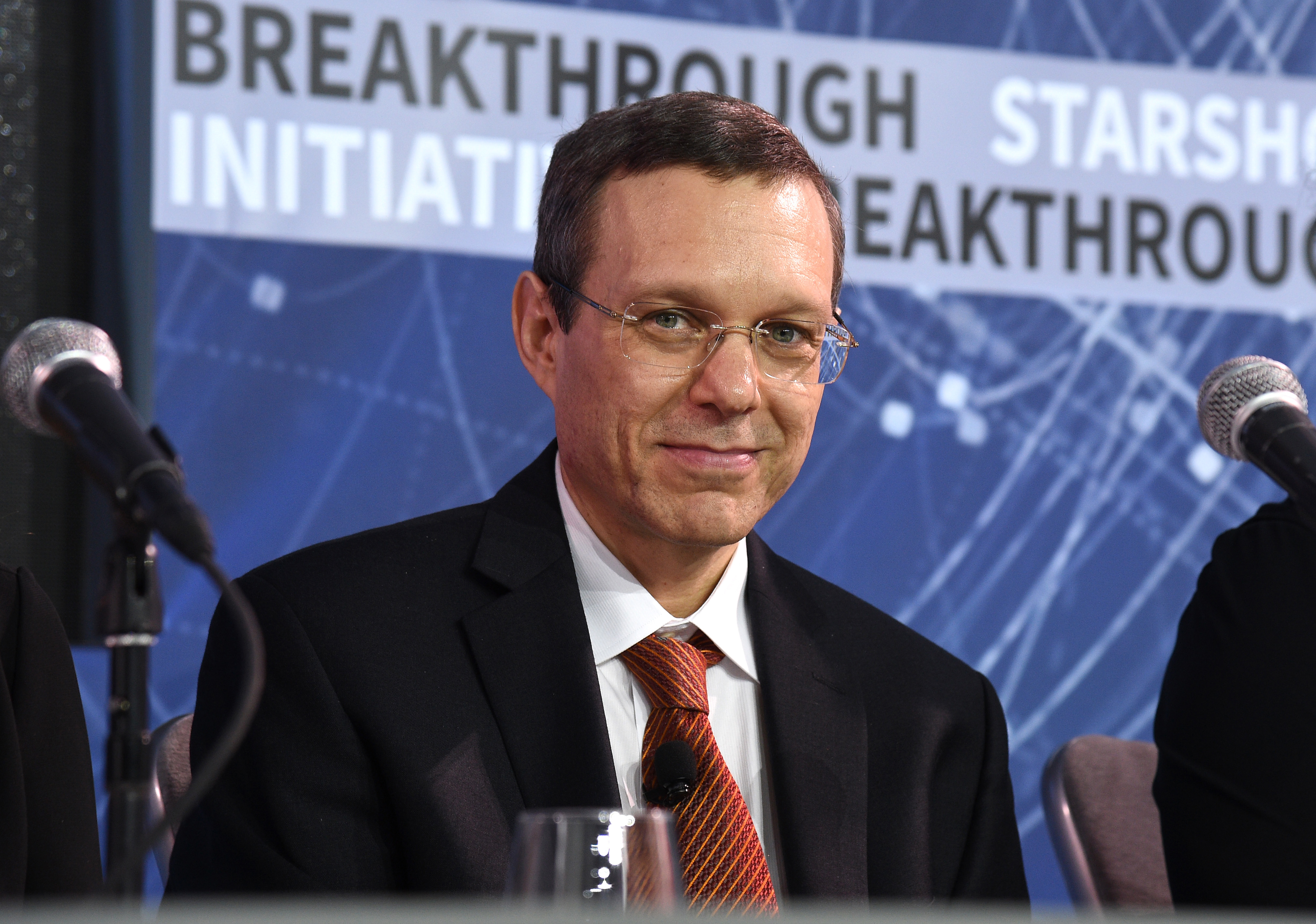 Loeb's upcoming book, "Extraterrestrial: The First Sign of Intelligent Life Beyond Earth," lays out a case for why a recent object that flew into our solar system might be proof that life outside exists.

The object was monikered "Oumuamua," which is Hawaiian for "scout" and is pronunciation is "oh-moo-ah-moo-ah."

Loeb, a Harvard professor, said astronomers began looking at the object's dimensions, and the fact that it reflected sunlight at a similar brightness every eight hours, suggesting that was how long it needed to complete a full rotation.

Astronomers said the object was about five to ten times longer than it was wide, relating it to a sort of cigar shape.

Loeb says no natural space object looks like that.

He suggested the way the object moved, including seemingly being "pushed away from the sun" also suggested an external force.

Loeb believes it might just been something extraterrestrial life had dropped.

However, the notion that life outside earth exists is seen as a taboo in the scientific community.

"Some people do not want to discuss the possibility that there are other civilizations out there," he ended. 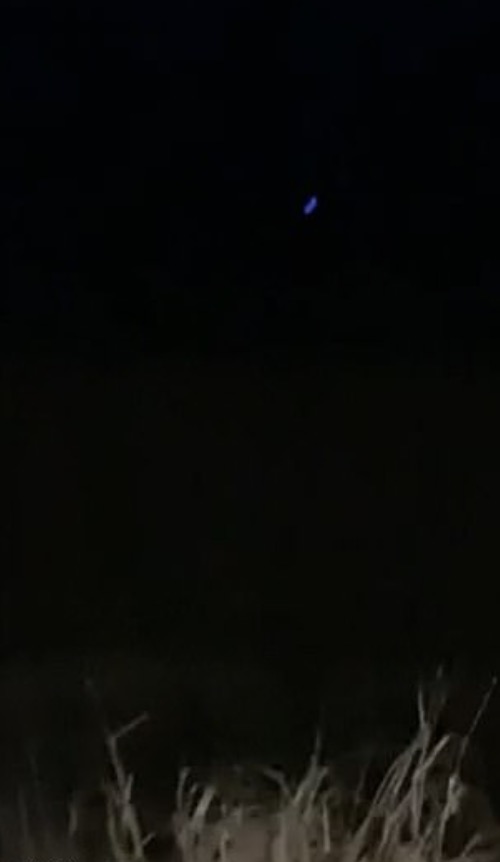 It comes as attached to the 5,593-page coronavirus bill signed off by Donald Trump was a proposition for the Pentagon to brief Congress on all it knows about UFOs within the 180 days.

The President has previously said he "doesn't particularly believe" in aliens but has admitted holding meetings on sightings of UFOs.

Speaking last year, he said: "They do say, and I've seen, and I've read, and I've heard, and I did have one very brief meeting on it.

"But people are saying they're seeing UFOs. Do I believe it? Not particularly."

Trump also commented on the release of UFO footage by the Pentagon last April – describing it as a "hell of a video".

The Department of Defense opted to declassify the three clips of US Navy pilots interacting with UFOs.

Trump has previously declassified thousands of files, including on the JFK assassination – and now has until January 20 to reveal any bombshell secrets before he leaves office.