A headteacher in Bangladesh is among 16 people sentenced to death for the murder of a student who refused to withdraw her sexual harassment claim against him.

The family of Nusrat Jahan, 18, say she faced pressure to drop her complaint to police that Siraj Ud Doula had attempted to rape her.

The teenager was lured to the roof of her madrasa – a Muslim school – in the southeastern community of Feni on 6 April, and after being doused with kerosene, she was set on fire. 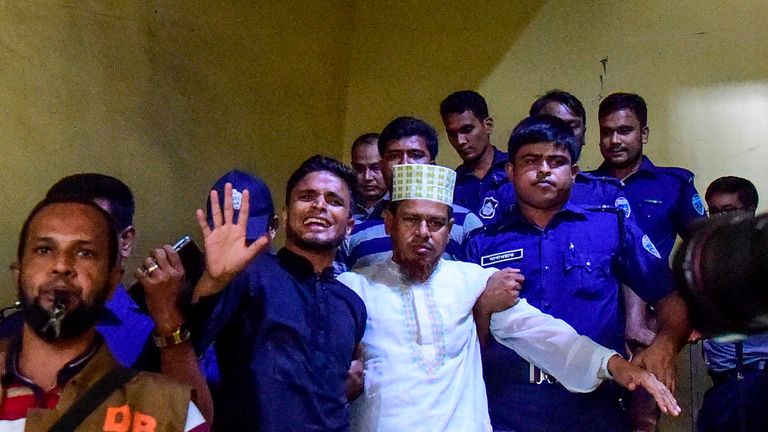 She suffered 80% burns to her body and died several days after the attack, which police said was carried out on the principal’s orders.

Nusrat’s murder caused a huge public outcry and sparked mass protests across the country, urging the government to bring in tougher measures against sex offenders.

Prime Minister Sheikh Hasina met her family and vowed to bring her killers to justice – and at the time, was quoted in local media saying she was “lost for words to condemn” what happened.

Bursting into tears at her home following the verdict, Nusrat’s mother Shirin Akhtar said: “I can’t forget her for a moment. I still feel the pain that she went through”.

Public prosecutor Hafez Ahmed told reporters: “The judgement proves that no one is above the law.”

He said the defence lawyers had tried unsuccessfully to claim Nusrat had committed suicide.

Her brother, Mahmudul Hasan Noman, demanded the death sentences be carried out quickly and requested protection for his family against reprisals, saying: “We live in fear. We were threatened even today in the courtroom”. 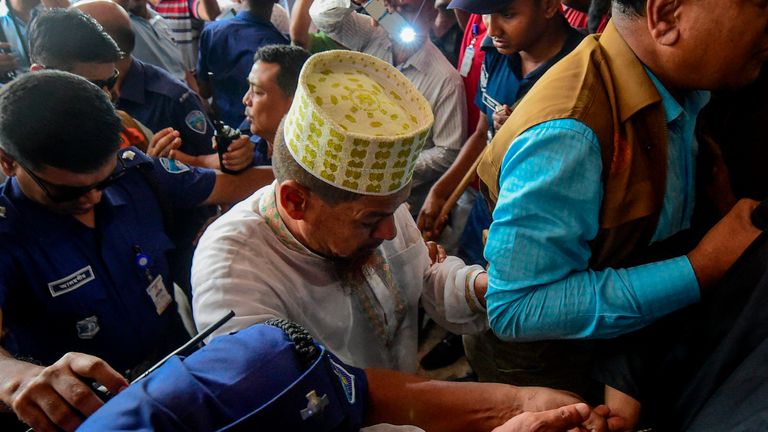 Bangladesh has seen a dramatic rise in the number of rape cases in recent months, with 217 women and children raped in September – the highest in any single month since 2010, according to a report published by women’s rights group, Bangladesh Mahila Parishad.

Many more cases go unreported because women fear being stigmatised.

Rights activists attribute the increasing number of rapes to a lack of awareness, a culture of impunity, and people of influence protecting suspected rapists for political reasons.

Defence lawyer Giasuddin Nannu said his clients will challenge the verdicts in the High Court.